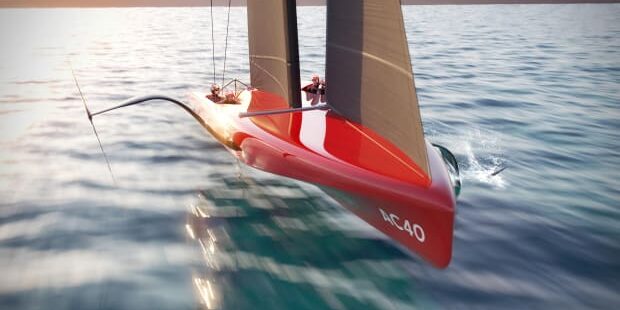 The America’s Cup’s attempt to expand access and training opportunities for future Cup sailors is taking shape in the form of the Women’s America’s Cup and the Youth America’s Cup, to be sailed in conjunction with the main event.

Both the Women’s and Youth events will feature 12 teams split evenly into two fleets based on a nationality rule. The top three in a series of six to nine races will advance to the finals, in which the top sailors from both fleets will join for three or four more races. The top two from this series will then compete in a single-match race for victory. Perhaps a bit complicated, but race organizers seem intent on getting both fleet and match racing into the mix.

America’s Cup Event CEO, Grant Dalton said, “As we have always intended, the Women’s and Youth America’s Cup events are going to be major draw cards of the 37th America’s Cup, and we want to give them the exposure these athletes and teams deserve. It won’t just be the fans and audience who are watching these events, the teams themselves will be keeping a laser-focus on the emerging talent with an eye towards the make-up of their teams for the 38th America’s Cup.”

I’ll be the first to admit I’ve been somewhat critical of the Defender’s approach to getting more women involved and the “real sailors as opposed to the women and children” tone that talking about the secondary and tertiary events often results in. However, I’m also increasingly excited to see how it shakes out and who gets involved. It will likely be the biggest all-female racing event to date, and that means it’s likely to draw seasoned veterans and rising stars alike. It’s an arena that will certainly be closely watched not just by America’s Cup teams, but scouters from those intending to assemble Ocean Race and SailGP teams as well.

For more on the America’s Cup, go to ameriascup.com