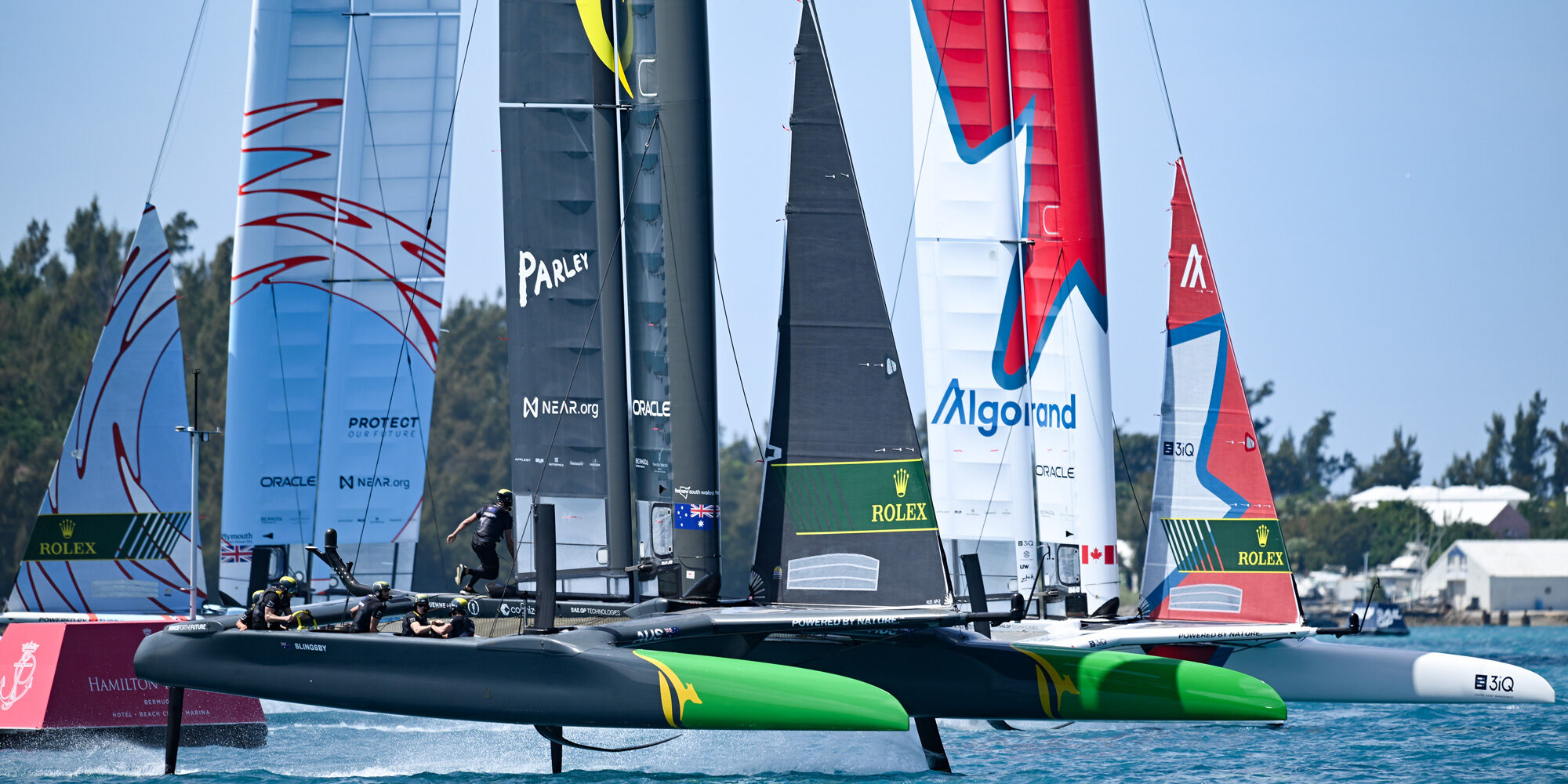 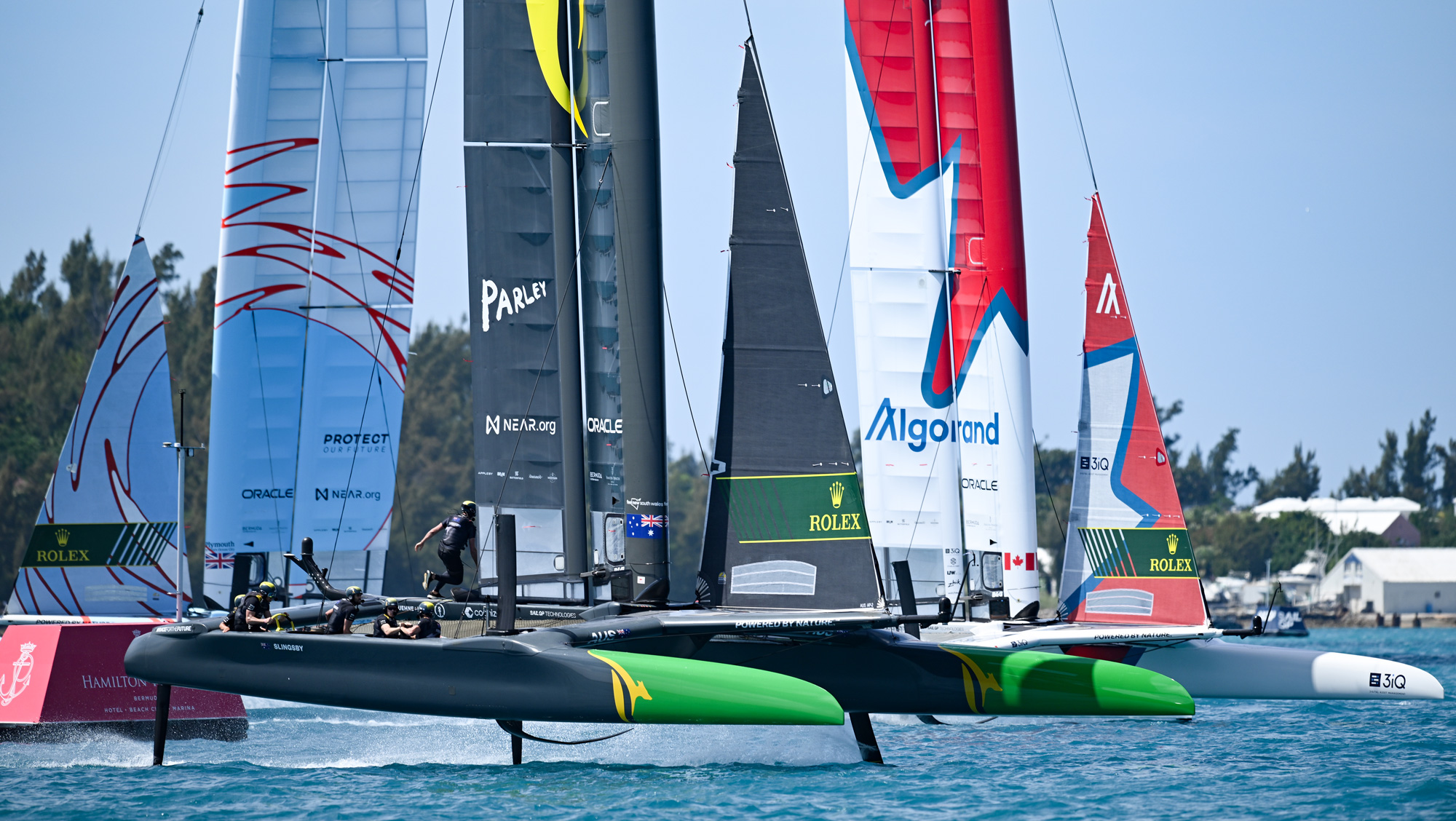 Tom Slingsby’s Australia SailGP Team appears to have lost none of the momentum from its Season 2 Grand Final victory in San Francisco in March, as it dominated the podium race of the Bermuda Sail Grand Prix presented by Hamilton Princess to claim the opening title of the season.

Racing on the second day of the season took place in perfect conditions. Bermuda’s Great Sound sparkled under clear skies with fans packing the shoreline and cramming onto boats to see the action on the glittering turquoise waters.

In a fantastic debut weekend, the Phil Robertson-led Canada SailGP Team finished in third place, while Sir Ben Ainslie and the British team narrowly missed out on back to back Bermuda titles to finish the weekend as runners-up.

After an indifferent day one performance, Australia once again delivered when it mattered, winning the second race of day two and then storming to victory in the final well ahead of Canada and Great Britain.

Slingsby said: “I’m getting a lot of questions about what the secret is to our success, but all I can say is we are definitely a confidence team, and when we are confident we are very hard to beat. I mean winning that last fleet race, we won that from start to finish, looked at each other and said ‘we are gonna smoke this final’ and that’s what happened.”

A great opening day performance – that included two first places – saw the British team secure its place in the final three-boat podium race. Shortly before the start, a bad tactical error cost Ainslie’s team any chance of victory, arriving at the start line behind Australia and Canada. Despite managing to work up to second place, the Aussies were too far in front to ever look at risk of losing their lead.

Ainslie said: “We just made an absolute mess of that last start which is so frustrating when you do all the hard work to get into the event final. We had a whole plan, then we messed it all up, we did a great job to fight back and overcome Canada but if you make a mistake like that you make it so hard to win.”

It was all smiles for the Canada SailGP Team after a spectacular debut, holding pace with Great Britain for much of the final race and delivering the weekend’s most eye-catching performances.

Driver Phil Robertson said: “I’m really proud of the team, obviously it’s a really cool achievement to come away with a podium finish in the first event, this is what we had dreamed of happening. Pretty pumped for the rest of the season now, it’s going to be a pretty cool year, but we won’t get ahead of ourselves, there’s a long way to go.”

It was a day to forget for France, who had a strong chance of making the final after a promising day one effort. Those chances immediately evaporated after an excessively aggressive start in the day’s first race from driver Quentin Delapierre. In a dangerous maneuver that saw Ainslie’s team have to take drastic action to avoid a serious crash, the umpires penalized the French with only the second black flag in SailGP history.

Delapierre said: “I fully understand the black flag, I took some risks today and it was just too much from me. I just have to learn from these experiences, but I think as a group we are still on a good learning curve.”

Elsewhere Nicolai Sehested’s Denmark SailGP Team presented by ROCKWOOL delivered one of the finer day two performances, just missing out on the podium race after finishing third and fourth in the fleet races and leading for much of the day’s opener.

Attention now turns to the United States Sail Grand Prix | Chicago at Navy Pier, the second stop of SailGP Season 3. Tickets are available here for what promises to be an unforgettable weekend of racing on the shores of Lake Michigan in front of the Chicago city skyline. Racing starts at 1500 local time both days on June 18 and 19. In the United States the event is on CBS Sports, and for details on how to watch go to sailgp.com/watch.

*The Japan SailGP Team will sit out the first events of the season due to a series of external factors resulting in only nine F50s being available for the start of Season 3.