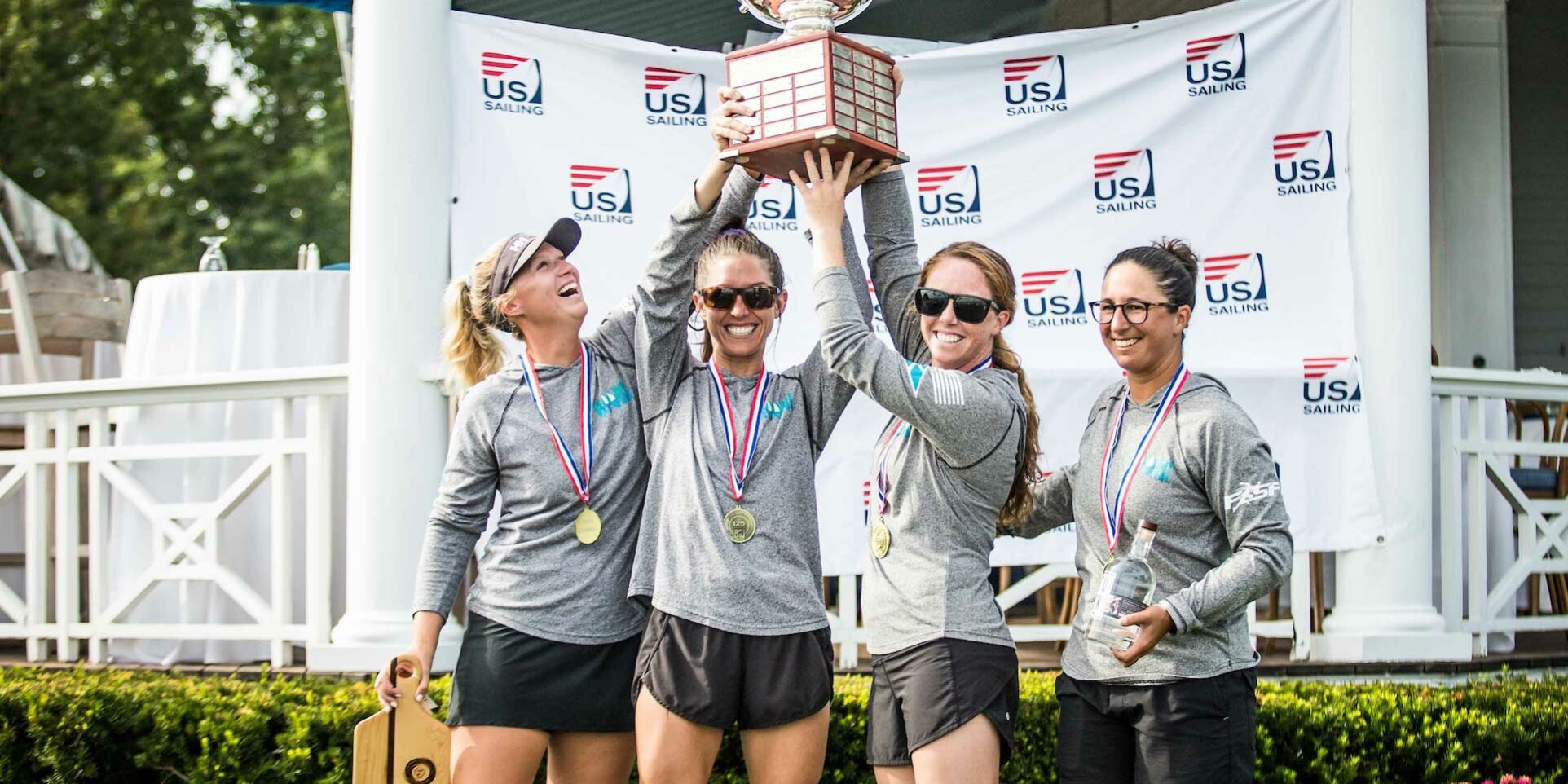 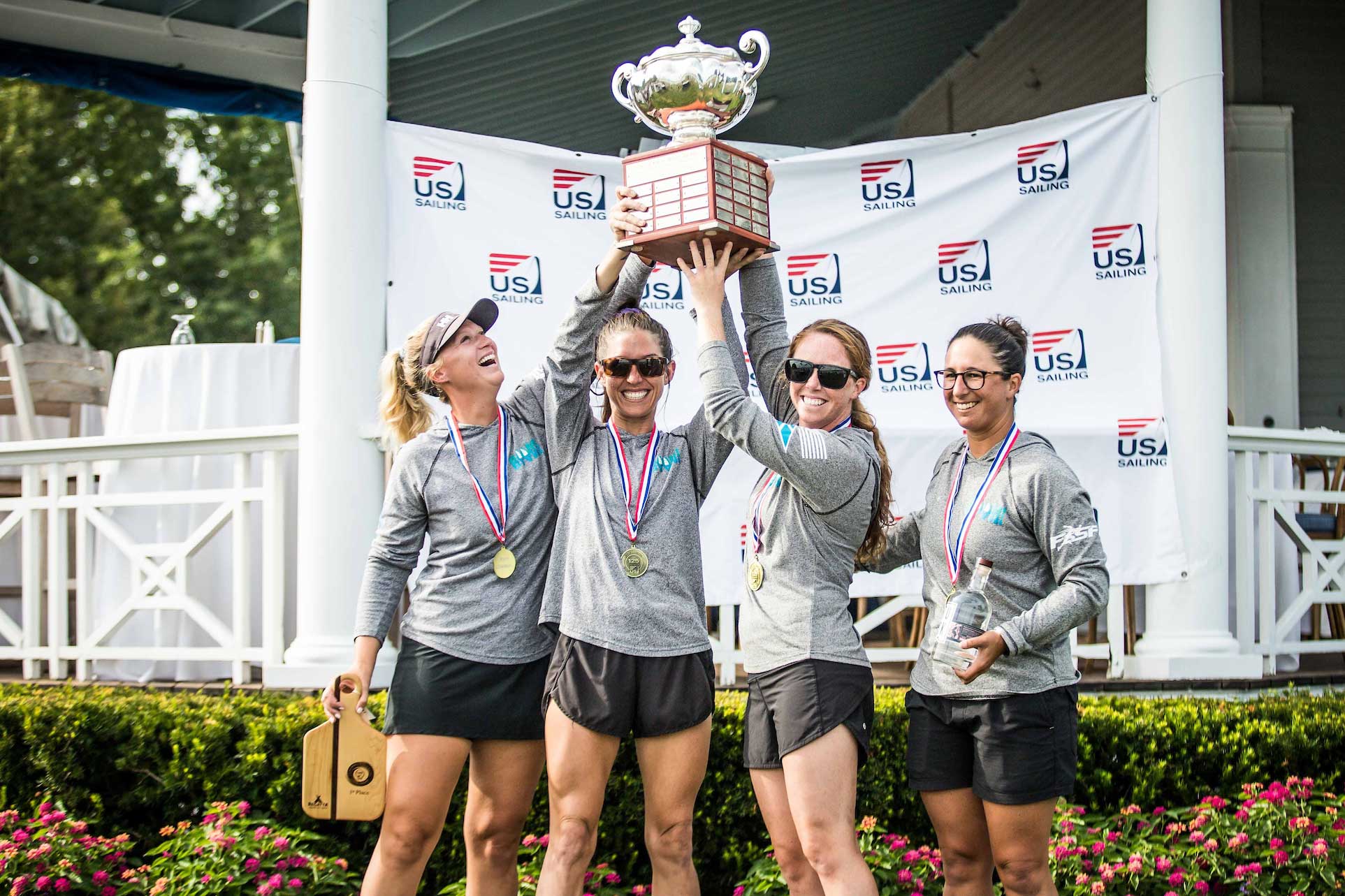 As Blecher has already won her berth to the 2022 Women’s World Match Racing Championships this November in Auckland, New Zealand, Zarkowsky will receive an invite for her second-place finish.

“For us it’s always about communication, staying heads out of the boat and connecting the dots,” said Blecher. “It was a tricky event – sometimes you had to leave your guy to head for pressure, and it would be well worth it.”

After three days of light mornings, shifting to a Long Island Sound sea breeze in the afternoons, race committee was able to race a round robin, consolation round robin, semifinals, and finals for a total of 70 races. From match racing rookies to seasoned veterans, a multitude of sailors were in attendance with a large focus on learning and uplifting female sailors. 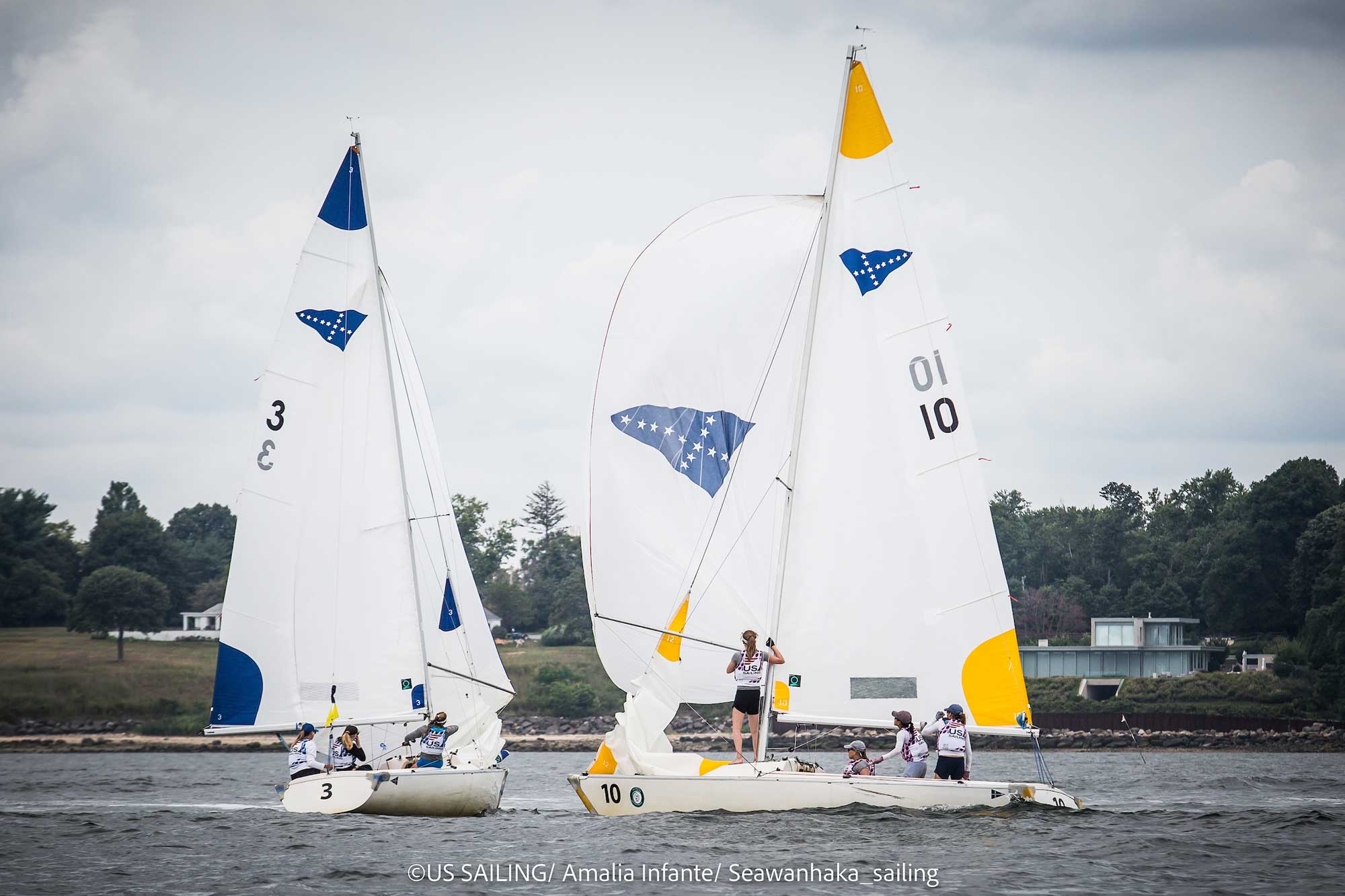 “My favorite thing about the women’s match racing series is that everyone is really willing to work together to get better,” said Ali Blumenthal, a member of winning Team BAAM. “There’s no ‘every man for themselves’ out on the water or on land, so it is a wonderful opportunity for women of any ability to get into match racing because everyone wants to share information and make the fleet better.”