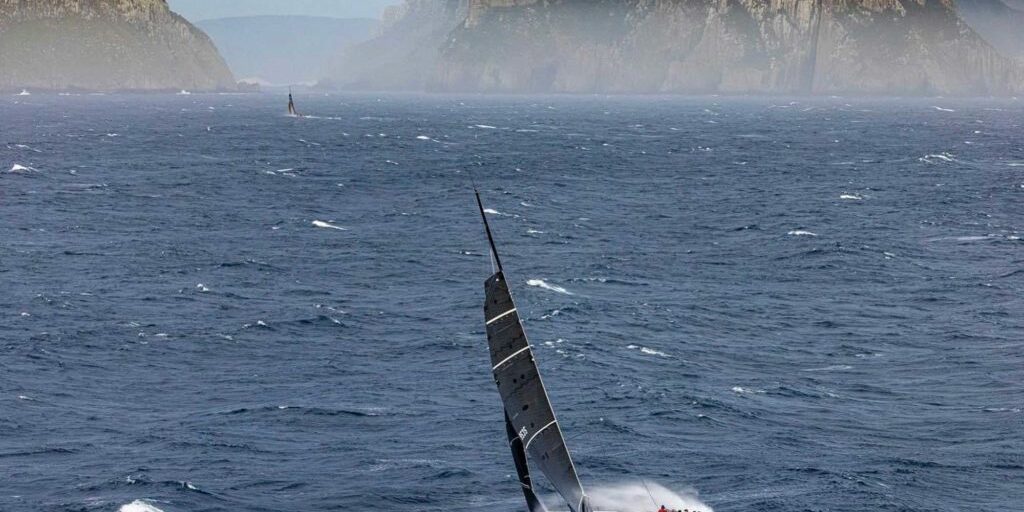 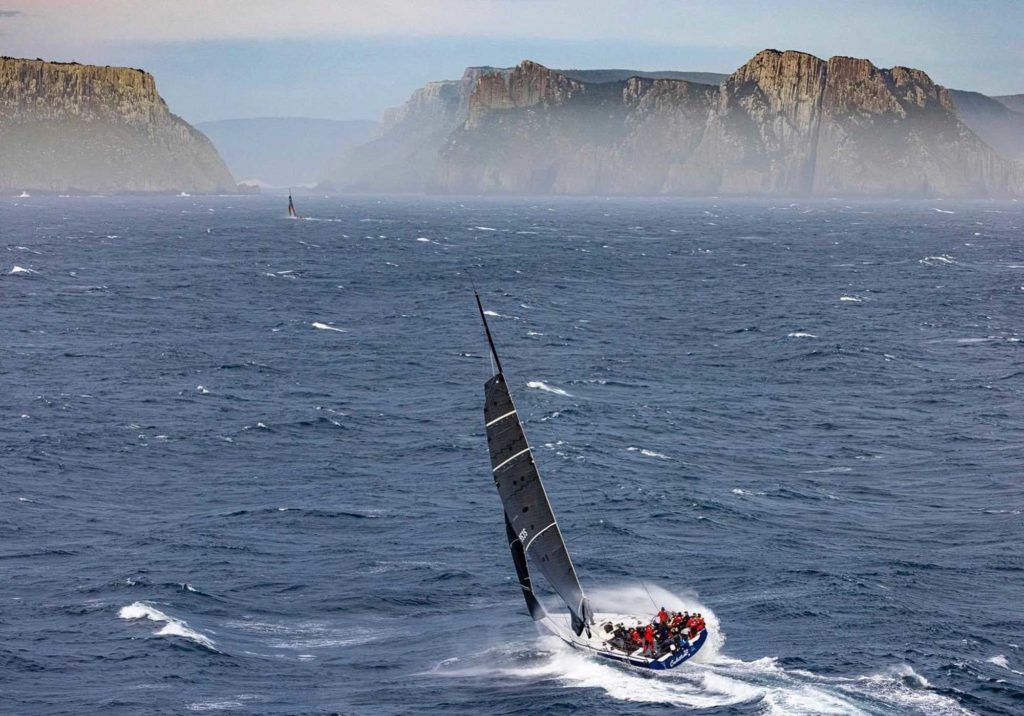 One of the world’s great sportsmen once said: “Winning takes care of everything.” For Sam Haynes, the Australian owner of Celestial and recipient of the Tattersall Cup for overall victory on corrected time at the 2022 Rolex Sydney Hobart Yacht Race, never have truer words been spoken. To a lesser degree, and without any intended pun on his name, the quote also reflects John Winning Jr’s line honors success with Andoo Comanche.

The 77th Rolex Sydney Hobart started on 26 December, its traditional slot in the global sporting calendar. Once again hundreds of thousands of people crowded the shores of Sydney Harbour, or watched from the water as well as live on television and over the internet. The departure from the familiar setting did not disappoint. 109 yachts, comprising professionals and Corinthians, and some twenty doublehanded or two-person crews, set off under blue skies and bright sunshine. A 10- to 15-knot north northeasterly meant a beat out to the heads, before spinnakers were hoisted and close to 48 hours of uninterrupted downwind sailing began.

With an international repute that transcends sailing’s perceived boundaries, the Rolex Sydney Hobart is an icon in the sport and has been supported by Rolex for over 20 years. The organizing club, the Cruising Yacht Club of Australia (CYCA), works tirelessly with its partner the Royal Yacht Club of Tasmania to ensure the race remains at the pinnacle of classic 600-mile offshore competition. Supporting dynamic yacht clubs like the CYCA, institutions essential to the evolution of sailing, is a core facet of Rolex’s relationship with yachting.

Success at the “Great Race South” is dependent upon so many factors. Paul Cayard, legendary yachtsman and Rolex Testimonee, is clear on the qualities required: “Success in offshore racing requires rigorous preparation, tactical skill and an unyielding determination to push through to the finish.”

A veteran of 11 previous campaigns, Sam Haynes agrees: “You have to arrive on the 26 December completely ready. That is the only way to approach a race like this. Testing, training, analysis, getting prepared involves a lot of people who are not even on the race boat.”

John Winning Jr speaks in a similar vein. His first thoughts on realizing his would be first boat to finish the 628nm course turned to who and what had made it possible: “This boat is all about line honors and we have done what we set out to achieve. I reflected on all the people in the support crew, the team onboard, the time spent training, doing what it took to make the boat go faster, on everything we did to have the best chance possible to achieve our aim.”

Ahead of the race, Winning Jr had said about the battle to be first home: “Second place will not do. It is win or nothing.”

In a race like this, nothing is only a heartbeat away. Shortly after the congested start, where the four competing 100ft (30.5m) maxis traded tacks in their concerted effort to be first into open water, Andoo Comanche struck a mark of the course. Recognizing their error, the crew performed two 360-degree turns in quick succession to purge the infringement. Failure to do so could have led to a fatal penalty at the end of the race. The pre-race favorite needed to reset and refocus.

Once in the Tasman Sea, the crew of Andoo Comanche set to work reeling in the yachts ahead and establishing a small but vital lead over their closest pursuers. Winning Jr acknowledged the determination witnessed in the battle for line honors and the J.H. Illingworth Challenge Cup. 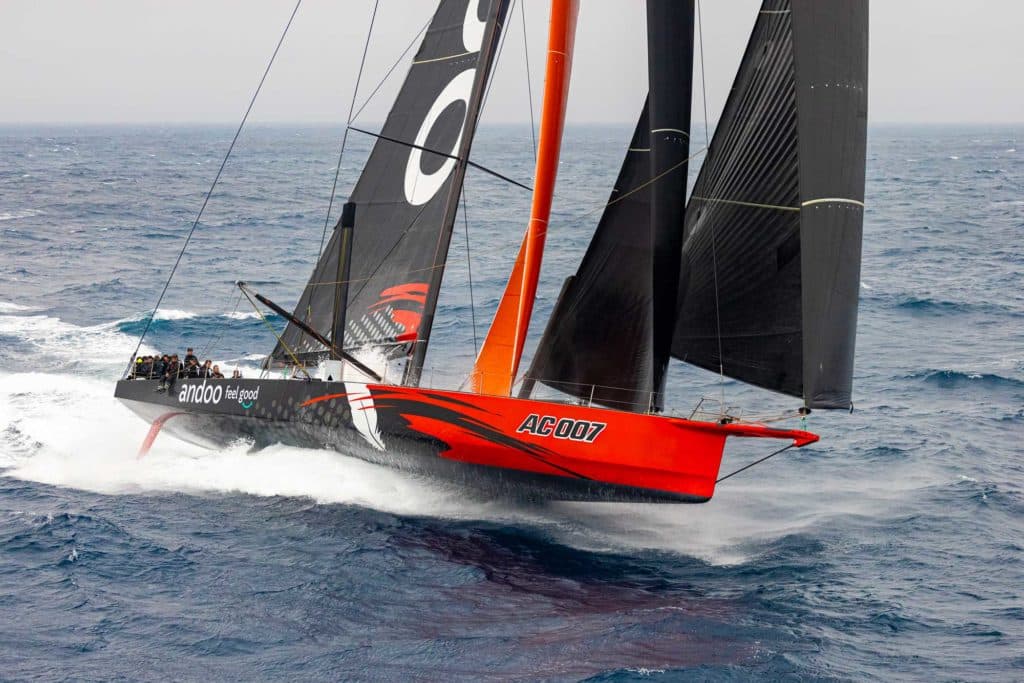 Andoo Comanche, first to the finish in Hobart, completed the course in a time of 1 day 11 hours 56 minutes 48 seconds, two hours outside the race record established in 2017. Rolex/Carlo Borlenghi

“It is an incredible ocean race, something quite special. Equal amounts of effort will have gone into all the yachts competing in the Rolex Sydney Hobart Yacht Race. The three other 100 footers especially kept us honest, and I would like to congratulate them for an amazing competition.”

Andoo Comanche completed the course in a time of 1 day 11 hours 56 minutes 48 seconds, two hours outside the race record established in 2017.

The hurdle faced by Celestial came a year earlier and was substantial. Turning the clock back 12 months, Haynes, Vice Commodore of the CYCA and a passionate sailor, admitted to being crushed by finishing second overall after a rule infringement late in the 2021 race resulted in his team being demoted from top spot.

“After last year, I was ready to walk away from the sport. Talking to my family and key people on the team, I realized it was not the right way to go. I wanted to try again, to step up to the challenge.”

As the race unfolded it was clear no crew would have a straight-forward time. The initial downwind sleighride was brutal and tiring, boats racing at speed and on the edge, with race-ending damage a split second away. For the smaller entries, there was an additional, cruel twist as the wind turned on day three forcing them to beat upwind to the southernmost point of the course at Tasman Island, slowing down their progress and effectively removing any chance of overall victory on handicap.

Onboard Celestial [a Judel/Vrolijk TP52], the mindset was singular, as Haynes explains: “We had done our homework. We had done a lot of training, so we could be absolutely confident in the boat and ourselves. At our final pre-race briefing I told the crew we are going to push as fast as we possibly can because we have to do that to beat the other boats.”

The approach was not without danger, particularly in the hours of darkness: “There is always an element of extreme risk in fast offshore racing at night. It can be quite beautiful, but the second night east of Tasmania was gnarly with a big sea state and gusts of 30 to 35 knots. The boat was waist deep in water, regularly diving into waves, violently shaking, but still being driven right on its limits.”

Fiercely challenging, the Rolex Sydney Hobart Yacht Race offers a huge sense of personal achievement to those that complete it. Winning the race on corrected time guarantees a place in sailing folklore. Open to all, only the most determined entrants can truly aspire to this pinnacle of achievements. For this edition, the last words rest with Sam Haynes:

“To win a race like this is a massive, life changing achievement. It is a very hard trophy to win. However good you are there are a lot of reasons why you might not succeed. To finally hold the Tattersall Cup means everything.”