Close Encounters: A Child Of The Sea 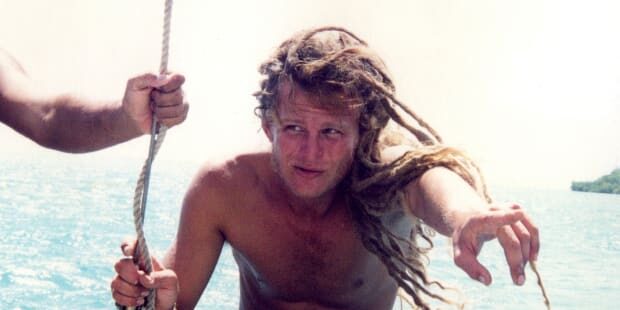 One of the more seductive features of sailing, and of bluewater cruising in particular, is its intense sense of community. We are, I’ve always liked to think, a small tribe spread out over a very large territory. Our paths crisscross in seemingly miraculous ways wherever there is water enough to float a boat, and in each crossed wake a unique bond is formed. In this, our newest SAIL column, we hope to capture some of that magic, profiling intriguing members of our community, past and present and spreading the web of crossed wakes ever wider in print.

Appropriately then, I encountered our first subject in the pages of a book I read when I first set out cruising back in the 1990s. Peter Tangvald was a well-known bluewater sailor in his day and his remarkable autobiography, At Any Cost, was published posthumously after he and his daughter, Carmen, were killed in a wreck on Bonaire in July 1991. The last pages of that book were written as an epilogue by his son, Thomas, then 15, who was the sole survivor of the wreck.

Thomas spent a long, lonely night floating on a surfboard half naked as his father’s teak cutter, L’Artemis de Pytheas, was ground to splinters on the razor-sharp coral of Bonaire’s windward shore. Over the din of the surf and “the sickening noise of cracking wood,” he could clearly hear his sister screaming inside the boat.

It was the end of life as Thomas had known it. He’d been born on that boat, two weeks from land in the middle of the Indian Ocean, and it was the only home he’d ever known. Worse yet, losing it and his family was only the latest in a train of tragedies that had deranged his childhood. He’d seen his mother, a young Frenchwoman, murdered by pirates in the Philippines when he was 2-years-old. His first stepmother, a Chinese woman, had been lost overboard when he was 7.

Still, Thomas seemingly had no trouble rising above all this misfortune. He was exceptionally bright and, though he had no formal education, was accepted at university in Cambridge, England, solely on the basis of a one-hour interview. He declined Cambridge’s offer, as he was disturbed by the “Keep Off the Grass” signs he saw there, and instead attended the University of Leeds, where he studied advanced mathematics and fluid dynamics. He could easily have segued into a conventional life on shore, but was instead drawn ineluctably back to the sea.

In May 2000, Thomas returned to the Spanish Virgin Islands, a cruising ground he knew well from his days aboard his father’s boat, after sailing solo nonstop across the Atlantic from Cornwall, England, in a 22ft wooden cutter. He spent many years as a notorious figure in Puerto Rican waters, and it was here I came closest to meeting him in person. I first sailed to Culebra myself in 1999, just a few months before Thomas sailed there from England. Years later I sailed to Vieques for the first time, not too long after Thomas sailed from there with his wife and son, bound south for Brazil.

It was in 2013 while cruising in Puerto Rico, that I rediscovered Thomas, when I found an article he’d written in a local sailing magazine about his voyage to Brazil and at once recalled the epilogue to At Any Cost. I cannot tell you how happy I was to connect those two dots over the chasm of 20 years. I at once felt bound to Thomas, like many other cruisers I’d crossed and recrossed wakes with over the years. Thus, I was gutted when I learned soon afterward he had disappeared at sea sailing solo off the coast of Brazil in the crude Puerto Rican nativo racing sloop he had converted to a cruising boat.

I became obsessed with Thomas and spent six years working to tell the full story of his life. My biography, The Boy Who Fell to Shore, published by Latah Books, will finally appear this coming October. In researching this book I realized Thomas never did transcend the tragedy that scarred his early life. But I also marveled—and continue to marvel—at how the skeins of all our lives are intermingled in the far-flung tribe of sailors.