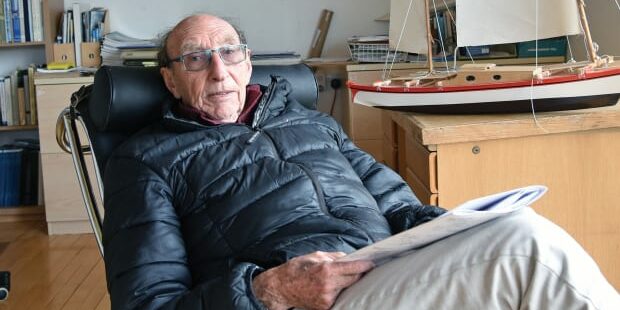 The Ocean Cruising Club’s 2022 Lifetime Cruising Award has been bestowed posthumously to James Wharram, a pioneer in modern offshore multihull design and sailing. Wharram, who passed away in December at the age of 93, was fascinated by Polynesian canoes from a young age, and in the 1950s began to design his own modern versions. In 1955, despite skepticism within the sailing community, he and his crew safely crossed the Atlantic aboard a catamaran, sailing from the Canaries to Trinidad.

In Trinidad, the famed ocean sailor Bernard Moitessier helped Wharram build his next design, a 40ft cat named Rongo, which they sailed to New York City and the UK. Within a decade of building the boat, Wharram was drawing up designs for other home builders, ultimately selling over 10,000 sets of plans to largely amateur budget-conscious sailors.

He remained an adventurous and active sailor throughout his career and made numerous Atlantic crossings, plus a five-year circumnavigation with his partners Ruth Wharram and Hanneke Boon, their son Jamie and other crewmembers aboard the 63ft Spirit of Gaia.

Wharram also wrote widely on the subject of his adventures and designs, including the books Two Girls Two Catamarans (1968) and People of the Sea (2020). His work is largely credited with much of the widespread popularity of multihulls today.