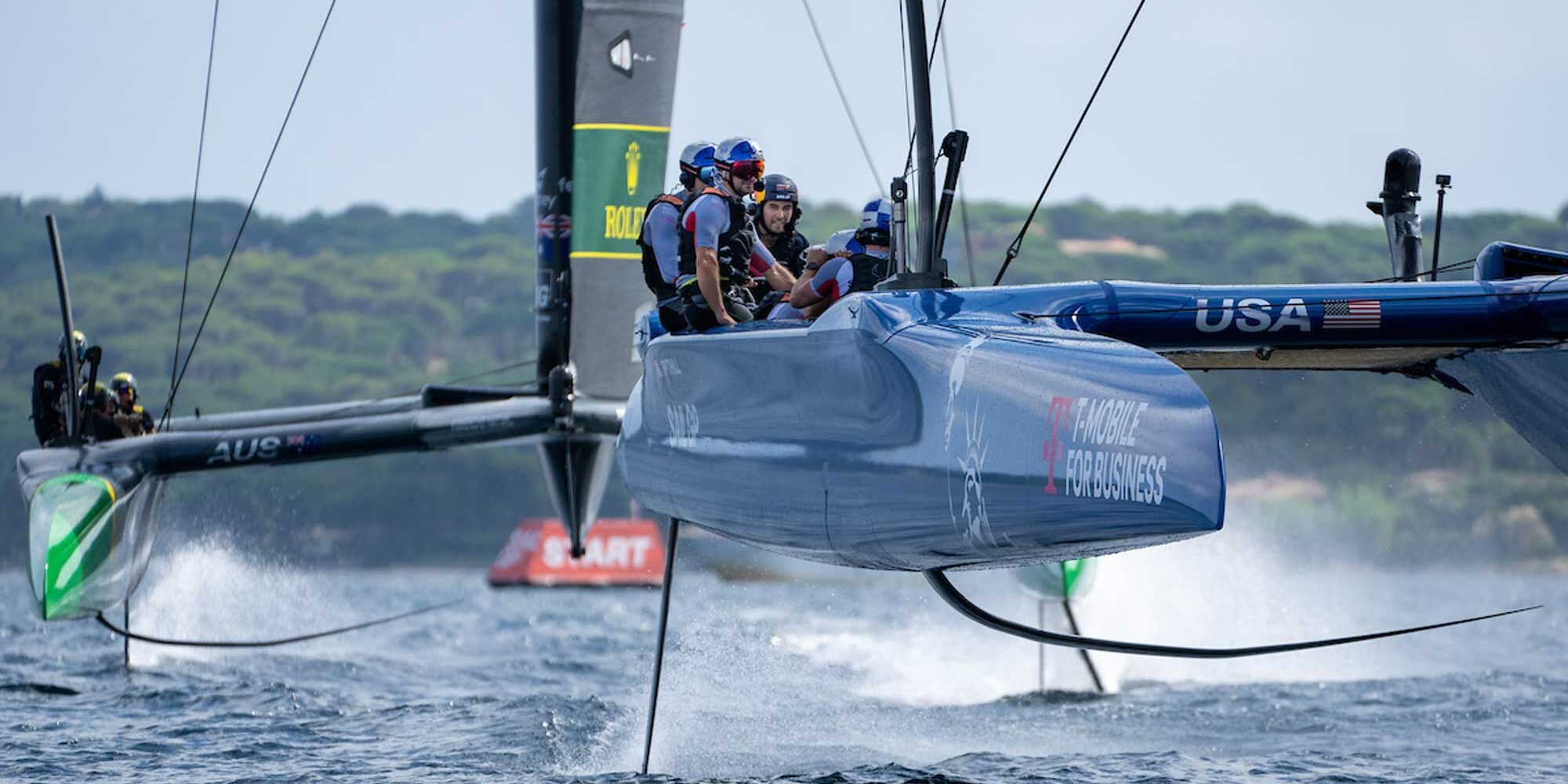 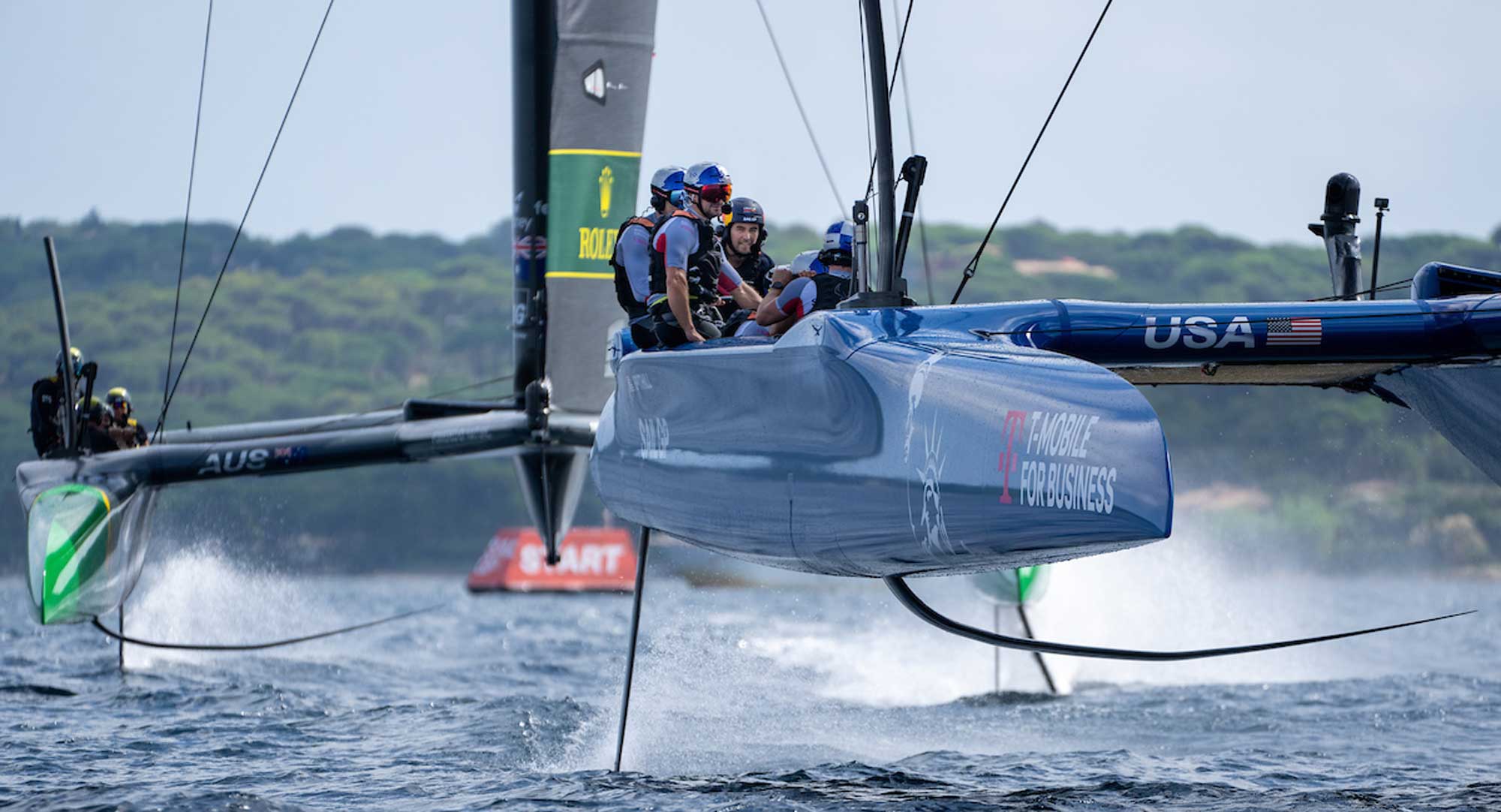 It was difficult to tell who was more awestruck when the stars of two high-performance sporting worlds met in St. Tropez earlier this week: Jimmy Spithill and Tom Slingsby—the rock star helmsmen of SailGP—or Sergio Pérez and Max Verstappen, the brothers in arms of Formula 1’s Oracle Red Bull Racing juggernaut. But after a day of technical geek outs, safety drownings three races and a couple of sprints, it was clear to all that the two worlds are more closely aligned than auto and sailboat racing have ever been.

For Verstappen, it was his first time on a boat of such shape and size (jet skis are apparently more his jam). “Or is it a yacht?” Verstappen asked Spithill after sailing. To which the Red Bull-sipping Aussie skipper shrugs and responded…“Boat?”

It didn’t matter, so they agreed that the foiling F50 is just a boat, which was to Verstappen’s observation, “extremely impressive to see.”

Days after winning the Heineken Dutch Grand Prix, Verstappen alternated with Pérez in the jump seat onboard USA SailGP Team’s F50 during staged races against Slingsby and his Aussie squad before taking the wheel themselves and participating in “time trials.” 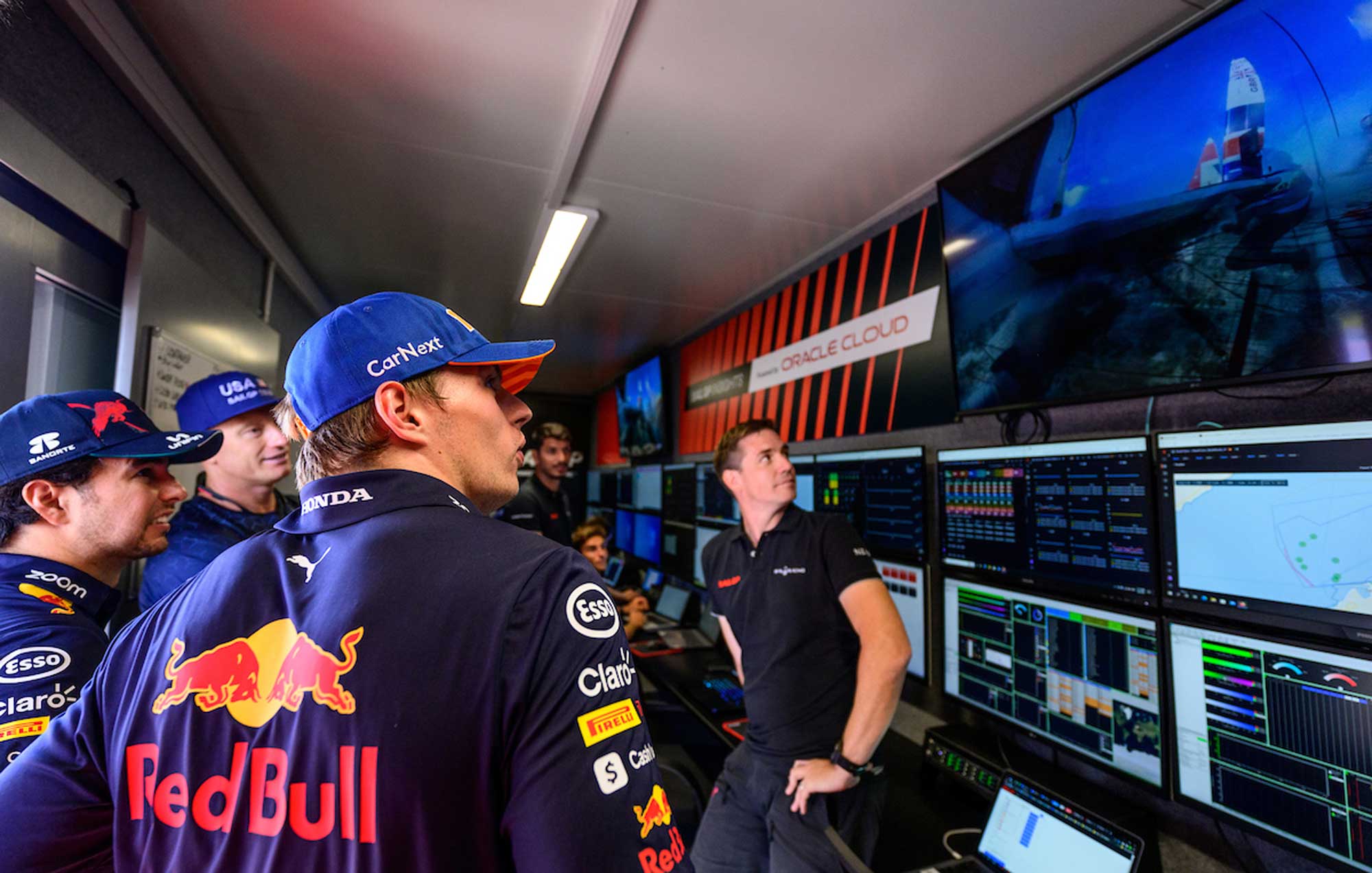 Max Verstappen and Sergio Pérez, Red Bull Racing Formula One drivers, view the data and video footage of previous SailGP events inside the Oracle Cloud Insights Container before they both join the USA SailGP Team as a sixth sailor for a ‘drag race’ against Australia SailGP Team ahead of the Range Rover France Sail Grand Prix in Saint Tropez, France. Jon Buckle for SailGP

For the record, the Australians succumbed 2-to-1 to the Americans and their guests and the data had yet to confirm which of the F1 drivers was quicker on their drag races, but the overall result was a win for all: both Perez and Verstappen got a light-wind taste of F50 foiling. And they liked it. And SailGP’s social fanbase got a nice big F1 bump.

“We’ve bought all sorts of athletes on the boat and it’s consistent—that the shock…how difficult it is to swap sides on the boat especially when you’re foiling,” Spithill said on a Zoom call with journalists afterward.

“It’s different…the speeds on the water feel impressive,” Verstappen said. “It was nice to be on the boat…looking around and watching them tune it to perfection.”

At lower-than-desired windspeeds and using the F50s biggest wing and foils, comparisons were eventually drawn between the two sports. “In the past, we couldn’t say we were comparable,” Spithill said, “but now, with the F50s, with the speed, the tech, the data, which we both heavily rely on…We would have loved to show them the windiest stuff, but we were stuck in first gear.”

Pérez had a good go of it, too, and admitted that while SailGP didn’t look like an extreme sport to him on TV, his day in the jump seat changed his opinion. “I really enjoyed it,” was Perez’s takeaway, to which Slingsby teased, “…if we’d had a bit more wind…”

“It was enough for us,” Perez said with a chuckle. The Mexican superstar, like Verstappen, was intrigued by the onboard comms, the speeds, and the effort required of the sailing team to get the boat around the racecourse. “These guys are pretty chilled out,” Perez said. “It wasn’t a real race, but the atmosphere is nice and F1 misses that sometimes; people are too focused and too many people are on their own…here people get along well.”

The prospect of a Mexican SailGP team was tabled, which wouldn’t be a stretch given the sailing talent in Mexico, Pérez said, but with his lack of sailing prowess, he wasn’t raising his hand to lead that effort. But when two worlds collide, you never know what might happen.