Kiwis On A SailGP Roll  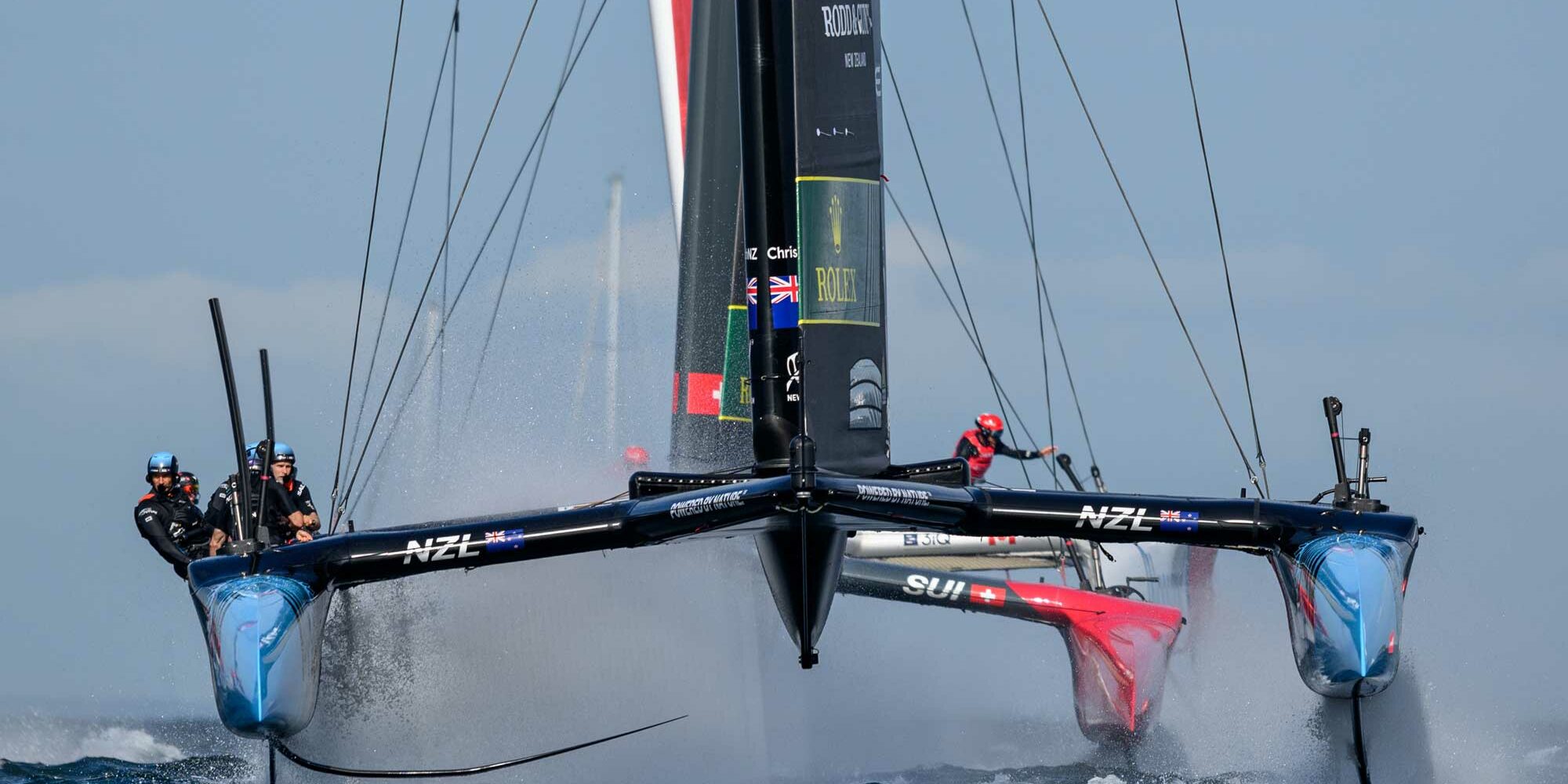 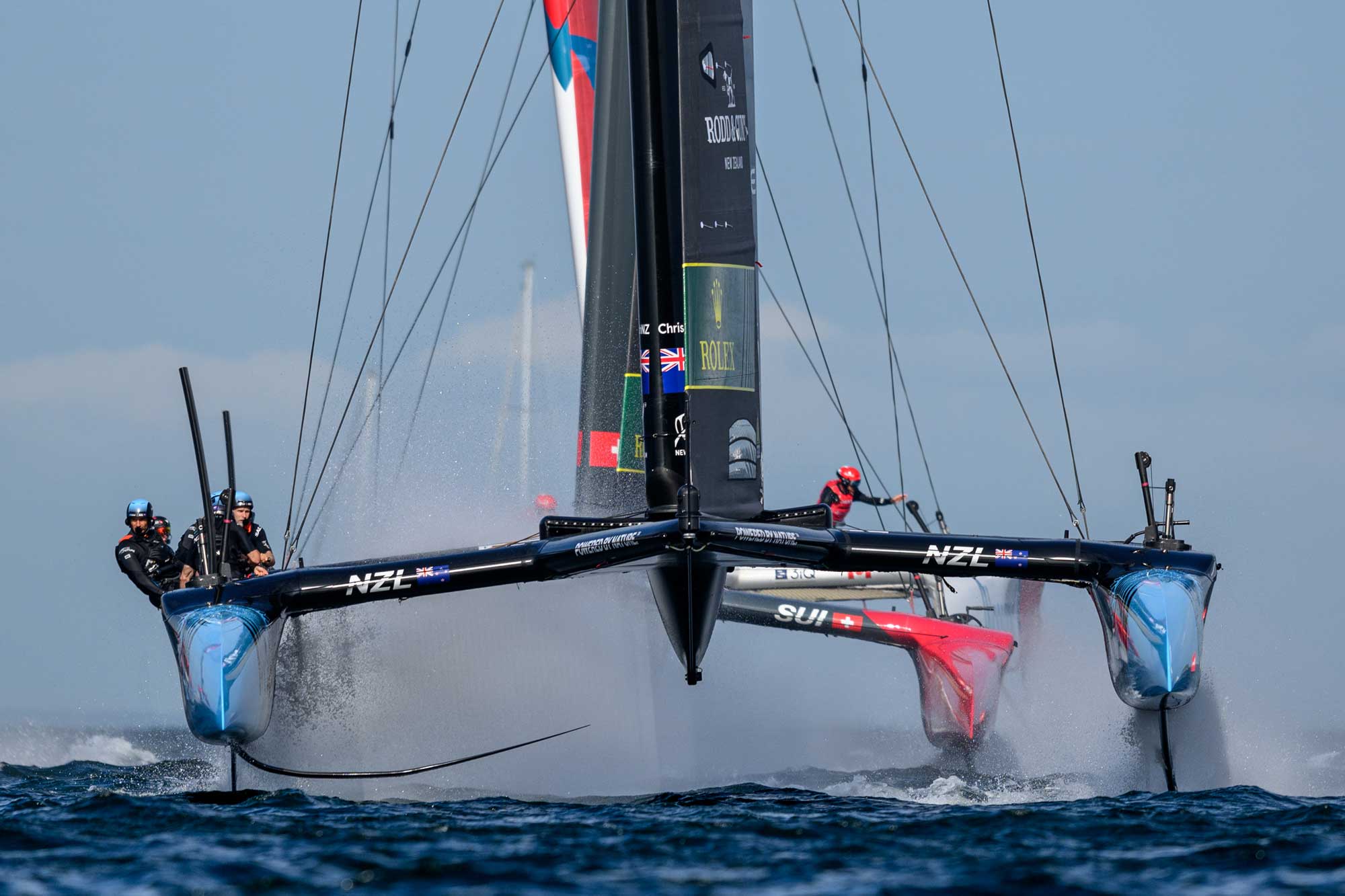 The New Zealand SailGP Team gives chase to the Swiss team in the Final of SailGP’s Denmark stop en route to the team’s second straight win of the season. Ricardo Pinto for SailGP

The New Zealand SailGP Team has comprehensively established itself as the new form team of SailGP Season 3, winning three fleet races and dominating the event final at the ROCKWOOL Denmark Sail Grand Prix in Copenhagen. On a bumper day of racing in front of packed grandstands, Peter Burling sailed to victory in front of an impressive France team led by Quentin Delapierre and Nicolai Sehested’s home team.

The win sees New Zealand close the gap at the top of the championship standings to sit 4 points below season leaders Australia, as Tom Slingsby’s team missed its first event final in six events to finish the Denmark event in fourth place.

Burling said he was incredibly proud his team managed to keep its strong form from Plymouth going in the Danish capital: “It’s amazing to see the team come together and win four races in a row, we had some good opportunities at the start of the races, and to be honest the race is easy when you’re leading at mark one, we had all the time and space in the world.”

New Zealand team strategist Olivia Mackay experienced her first event win after not racing with the team in Plymouth.“It was incredible out there, I just can’t get over this feeling, it’s been such a cool journey for us as a team, everyone has been learning and contributing together,” she said. “It’s fantastic.”

For French driver Delapierre it was a debut appearance in an event final, with his team showing good form ahead of its home event at the France Sail Grand Prix in Saint-Tropez in September. “It’s an amazing feeling to make this first final for me to be honest,” he said, “the team worked really hard to get to this point where we are all on the same page together and we are really happy. We are ready to keep this momentum going for the rest of the season now.” 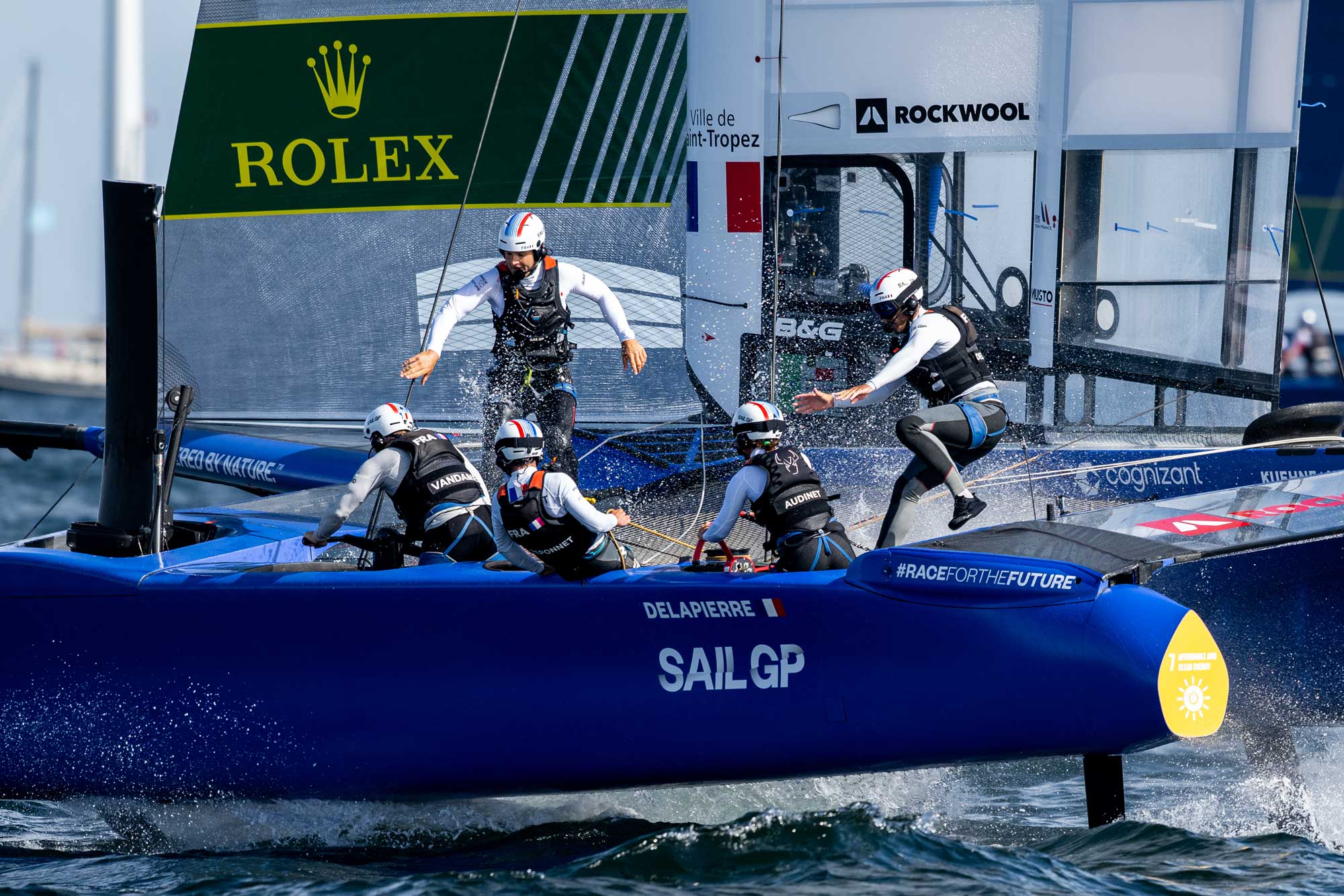 It was a second event final in a row for Sehested’s Denmark SailGP Team presented by ROCKWOOL, and it delighted the home fans with a consistent day of racing to remain in with a chance of the Grand Prix victory right up until the day’s final moments. The home team for this event now sits in third place in the overall championship standings. “I feel pretty good about this event,” said the Danish skipper. “The fact we made the podium race again, we are only going to get better. We’ll look at this final, and learn and keep improving. We have had this great confidence around our team for a long time now and it’s finally really getting there for us.”

For the first time in nearly 12 months Australia didn’t feature in the event final, with a fifth, third and fourth place in the day’s three fleet races not enough to see it advance. Great Britain didn’t participate in the event after damaging its boat during training on Thursday, meaning eight boats started the three fleet races on Saturday.

Among the other boats competing this weekend the Jimmy Spithill-led United States team produced a much-improved performance from recent events to finish in fifth place, while in contrast the early season good form of Phil Robertson’s Canada continued its recent downward trend, as it finished in sixth place. Switzerland, featuring co-driver Nathan Outteridge in his event debut for the team, and Jordi Xammar’s Spain rounded out the final placings.

The post Kiwis On A SailGP Roll  appeared first on Sailing World.