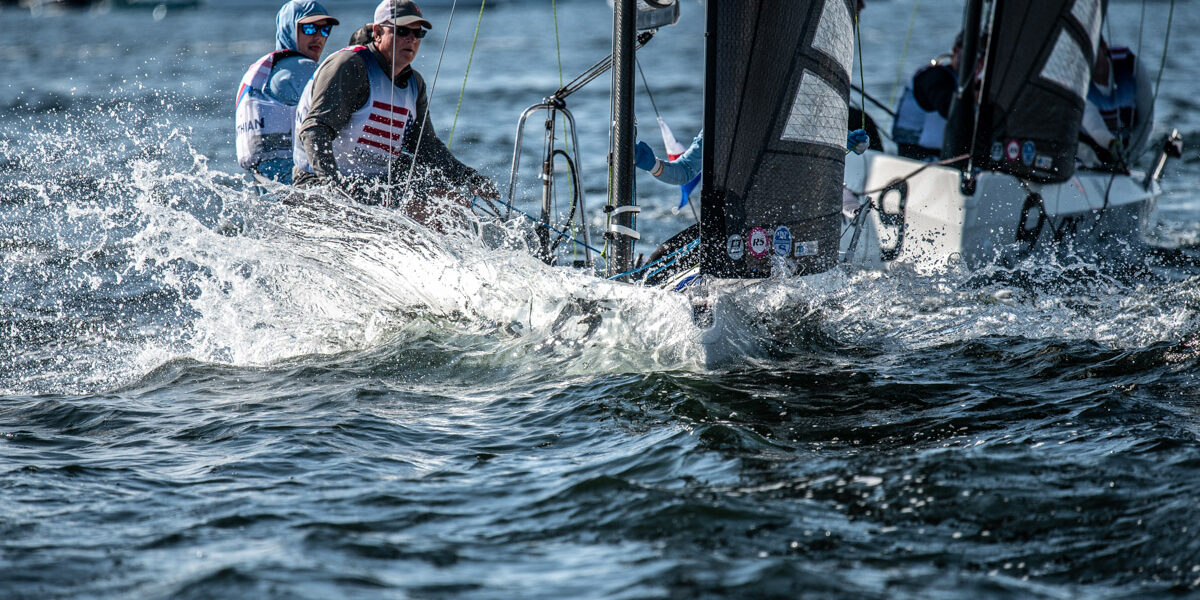 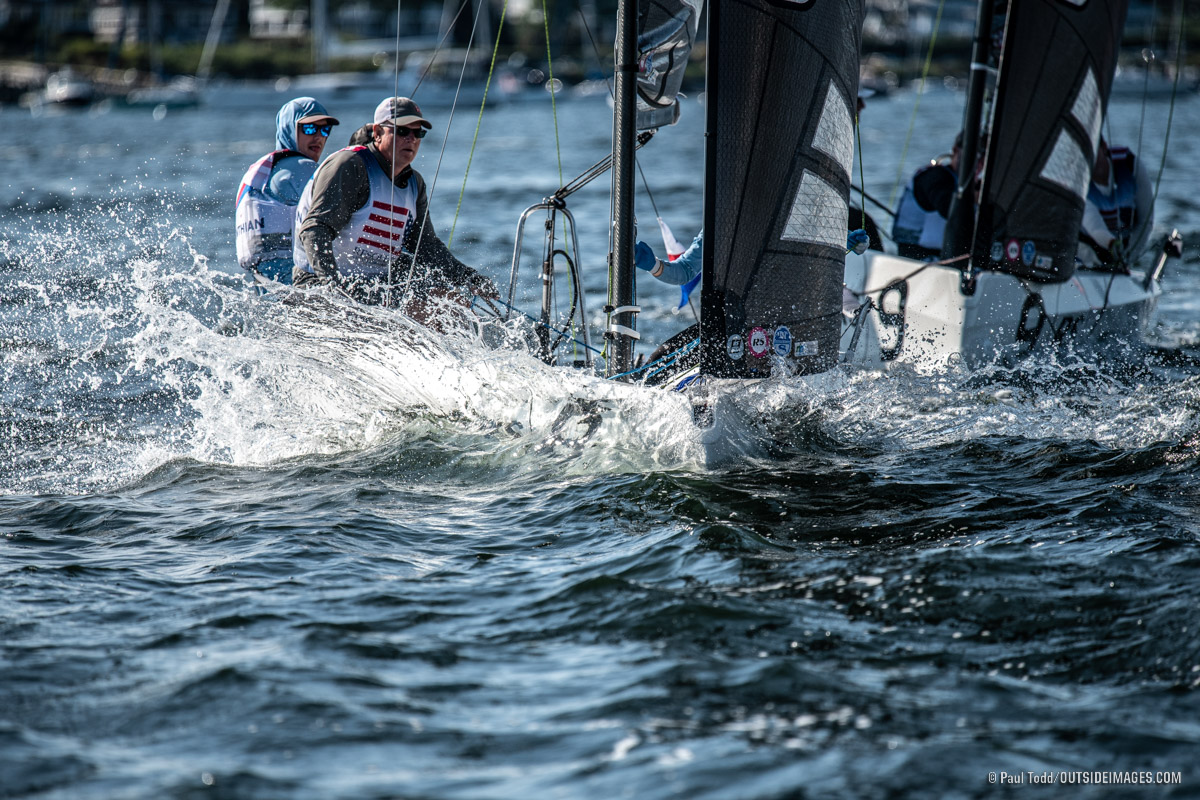 Corinthian YC’s effort and winning result in the New York YC’s Resolute Cup has been a long time coming through the efforts of club-based team racing. Paul Todd/Outside Images

After displaying remarkable consistency across a range of conditions over the first three days of the 2022 Resolute Cup, Corinthian Yacht Club of Marblehead, Mass., decided to dispense with the pleasantries. The team representing the storied northeast yacht club won both races on the final day of the series to emphatically claim the Resolute Cup and a berth in the 2023 Rolex New York Yacht Club Invitational Cup.

The unique format of the two-stage event—which features two different fleets of equalized boats—has traditionally favored sailors that have been here before. But skipper Wade Waddell, all of 25, and his team of Doug Sabin, Duncan Swain and Miranda Bakos—Resolute Cup rookies, all four—turned that paradigm on its head by finishing 14 of 16 races inside of the top five and winning the regatta by nine points.

“We knew coming into this if we sailed well we had the ability to win,” said Waddell. “But there’s a stacked fleet here, all the best in the country. It really feels great. I’m sure it’ll sink in more throughout the week and when we get back to the Club. I know everyone back at home is really excited.” 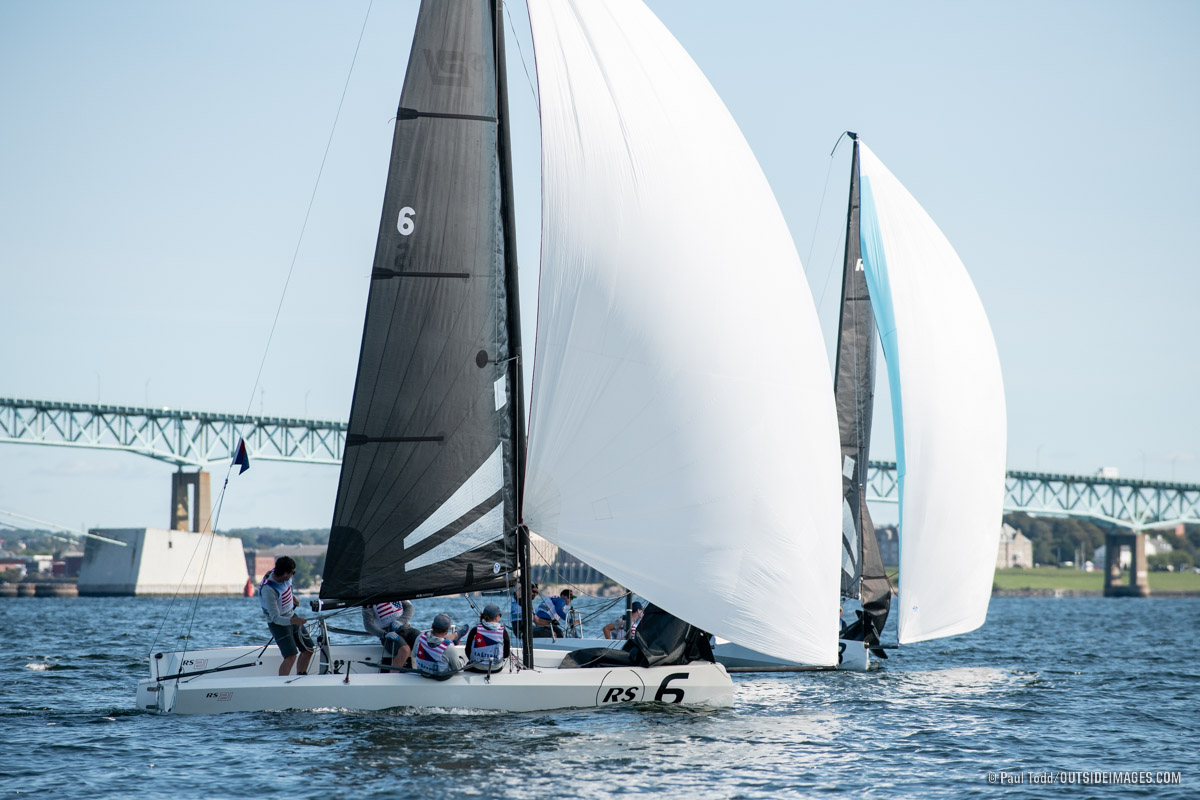 Racing In RS21s for the 2022 Resolute Cup Gold Fleet, the younger sailors of San Diego and Corinthian YC’s squared off on the final day, tapping into their team racing skills. Paul Todd/Outside Images

San Diego Yacht Club, the defending champion from 2018, the last time this event was run, finished second and Storm Trysail Club, fourth in both 2016 and 2018, moved up one spot this year. Eastern Yacht Club added to its impressive track record in this event with a fourth while The San Francisco Yacht Club rounded out the top five. Southern Yacht Club, which won the Resolute Cup in 2016 and the Rolex New York Yacht Club Invitational Cup in 2021, finished first in the Silver Fleet standings.

After a solid start in Gold Fleet on Day 3, Waddell preached his team’s commitment to consistency to the extent that they would eschew a chance to win a race if it came with a significant amount of risk. The plan remained the same for today.

“Both starts, just get off the line,” says Waddell. “We were unsure if one side was better, if a side even was better, [so we were] just looking at the fleet split and covering the side that had more boats going that way. That worked both races and got us around the top mark in the top group and then we used our speed to pick boats off.” 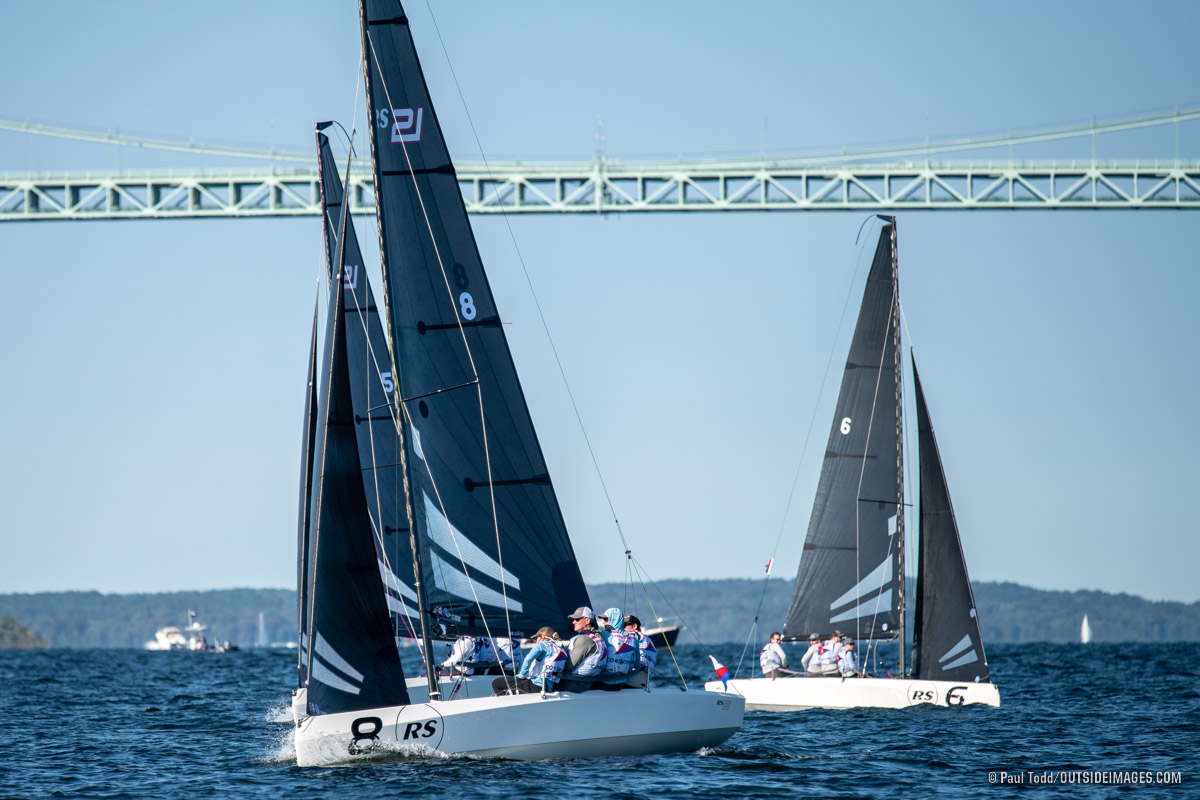 Corinthian didn’t just have a turn of speed. Waddell and crew were the fastest team on the water today, winning the morning contest, sailed in a dying northerly, and then coming from behind to take the afternoon test, which took place just after the long-awaited seabreeze established itself, and after a previous attempt at a race had to be abandoned due to unstable wind conditions.

“Doug Sabin, who is our jib trimmer, is a really good sailor, really good at setting up boats,” says Waddell. “We all do a lot of J/70 sailing. The RS21 is definitely not a J/70, but at least similar, the angles in a sport boat. Doug is really good at the sail trim and keeping us disciplined. A lot of today and really the last two days has been keep the boat powered up, don’t pinch, keep driving through. Doug kept us disciplined, and I definitely credit him a lot for our boatspeed.”

While Corinthian was opening up its lead in the Gold Fleet, Southern Yacht Club was clinging to the advantage it built yesterday over the rest of the Silver Fleet.

“It was really tough on the water trying to figure out what the breeze was doing,” said Southern tactician Dwight LeBlanc. “It was our first time sailing [off Jamestown Harbor]. Having the north breeze die out and waiting around a while was pretty tough. The first race we were in a good position, did alright, then we had to be more conservative as the day went on. The race that got abandoned was a mentally tough race, you’d see boats on the left going past you, boats on the right going past you, five seconds you’re lifted, five seconds you’re knocked. Very tough. The last race was not a good way to start, over early. But we bounced back, battled back, making smart, conservative moves throughout the racecourse and managed to pull out the win.” 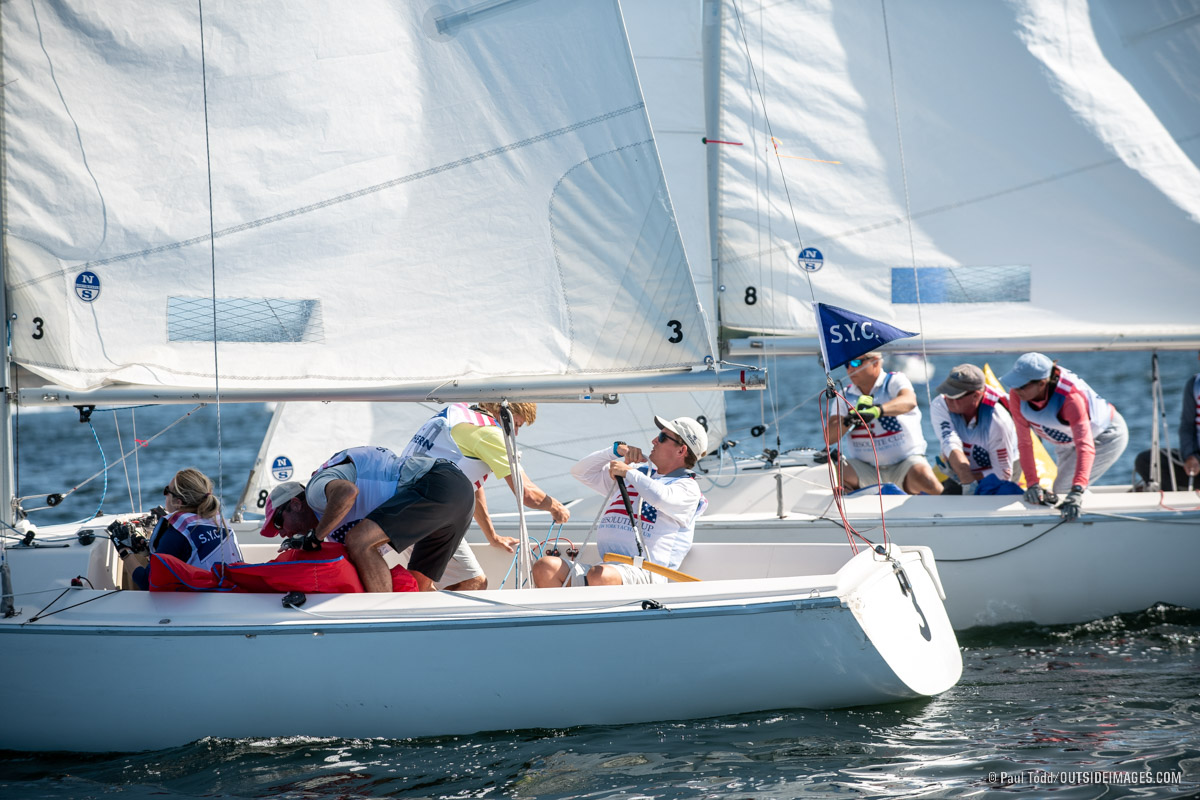 The Resolute Cup’s Silver Fleet finals were contested in Sonars, with the Southern YC emerging as the top team. Paul Todd/Outside Images

As the defending champion of the Rolex New York Yacht Club Invitational Cup, Southern Yacht Club already has a berth in next year’s event. LeBlanc was the only one of the four sailors with previous experience in this event or Invitational Cup.

“There was a little less pressure, knowing we have the invite,” said LeBlanc. “Sailing with these guys was amazing. The crewwork was fantastic. Ricky did a great job steering us. Boo on the kite and Mia up forward, the crew work was spot on. It was a lot of fun.”

While there is no longer any obligation for the winner of the Resolute Cup to compete in the Invitational Cup, Waddell says that was a big part of the reason for Corinthian’s participation this year.

“That’s definitely part of the plan, something that the club has been eying for years,” said Waddell. “Eastern Yacht Club is 100 yards away in the same harbor and they’ve done the Invitational Cup four times, and we kind of hold ourselves to that standard. We’re looking to accept that invitation, get some time in the IC37s and put together a strong team for that regatta.”