Notice to Mariners: MLB and AC37 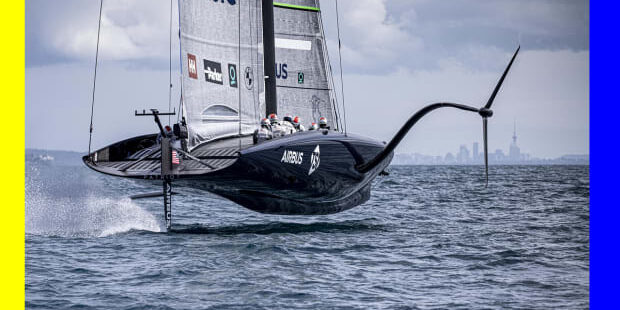 Major League Baseball is up and running again following a 99-day lockout, during which the league’s team owners basically said they weren’t going to play ball anymore if the players didn’t do what they say. Being a Red Sox and Cleveland Guardians fan, the return of baseball comes as a great relief. Finally, I’ve got something fun to read about in the morning paper as I’m drinking my morning coffee. That said, like many fans, the experience has left me a bit out of sorts, especially in light of the many other problems baseball is facing—like the fact the games take so damn long to play and there’s so little infield action. Which brings me to the 37th America’s Cup. Hopefully, by the end of this month we’ll find out where exactly the thing is going to be held. But I fear, as was the case with MLB’s 99-day lockout, the experience of waiting for the Kiwis to decide is going to leave more than a few fans out of sorts—especially in light of the many other problems the event is facing.

As a reminder, a little over a year ago, the Defender, Emirates Team New Zealand (ETNZ), announced the city of Auckland apparently wasn’t willing to pony up enough money for them to stage a successful defense, so they were putting the hosting rights up for sale to the highest bidder. Originally, the plan was to settle on a venue by the fall of 2021, but it was not to be. In the months since there has much speculation as to whether Cork, Ireland, or Valencia, Spain, would come out on top, i.e., be willing to put together the requisite financial package. Money is, of course, no object for another one of the contenders, Saudi Arabia. However, there is some concern it might not look good holding the regatta in a country with such a dismal human rights record.

As for the event itself. On the one hand, I’m a huge fan of the new nationality requirements, an attempt to return the regatta to its roots as a “friendly competition between foreign countries.” On the other, the mishmash of brackets leading up to the actual America’s Cup—as opposed to having a simple challenger series, with the winner taking on the Defender—remains a mess that detracts from the drama of the event.

Even worse are the AC75 full-foiling monohulls that are being used again, which as far as I’m concerned are not just boring to watch, but downright painful if there isn’t enough wind to get them up on their foils. I’ve been sailing my entire life, yet I still have trouble trying to figure out what exactly is going on during most races. Upwind, downwind, the boats always look the same, with the bulk of the crews all head down in their body armor grinding their hearts out.

Whatever happened to sail changes? Does anyone else miss seeing people scampering around up on foredecks making sense of the chaos that is a tightly contested mark rounding? It feels like ages since there’s been any real “match racing” going on in the America’s Cup. I get it. The fastest boat has pretty much been the winner since 1851. Still, I do miss the luffing matches and tacking duels of the 12-Metre and IACC eras.

The good news is that while the competition itself might not be the greatest spectacle in the world, I’ve at least got someone to root for—the New York Yacht Club. Not only is it fielding the sole remaining U.S. team, but there have been reports a number of the club’s members feel the same about the Cup as I do. Hopefully, if (when?) they and their American Magic team bring it back to the U.S. they’ll do the necessary and make the America’s Cup something sailors can care about again.

In recent decades, “America’s Pastime” has been supplanted and then some by the likes of the NFL and NBA. For whatever reason, the same seems to have happened to the America’s Cup with respect to events like The Ocean Race and Vendée Globe. This is too bad because the America’s Cup really is a wonderful regatta. Bottom line, the America’s Cup will forever hold a special place in my heart. For all my grumbling, what I really want is to not just see it survive but thrive.