Powering the Next AC75s 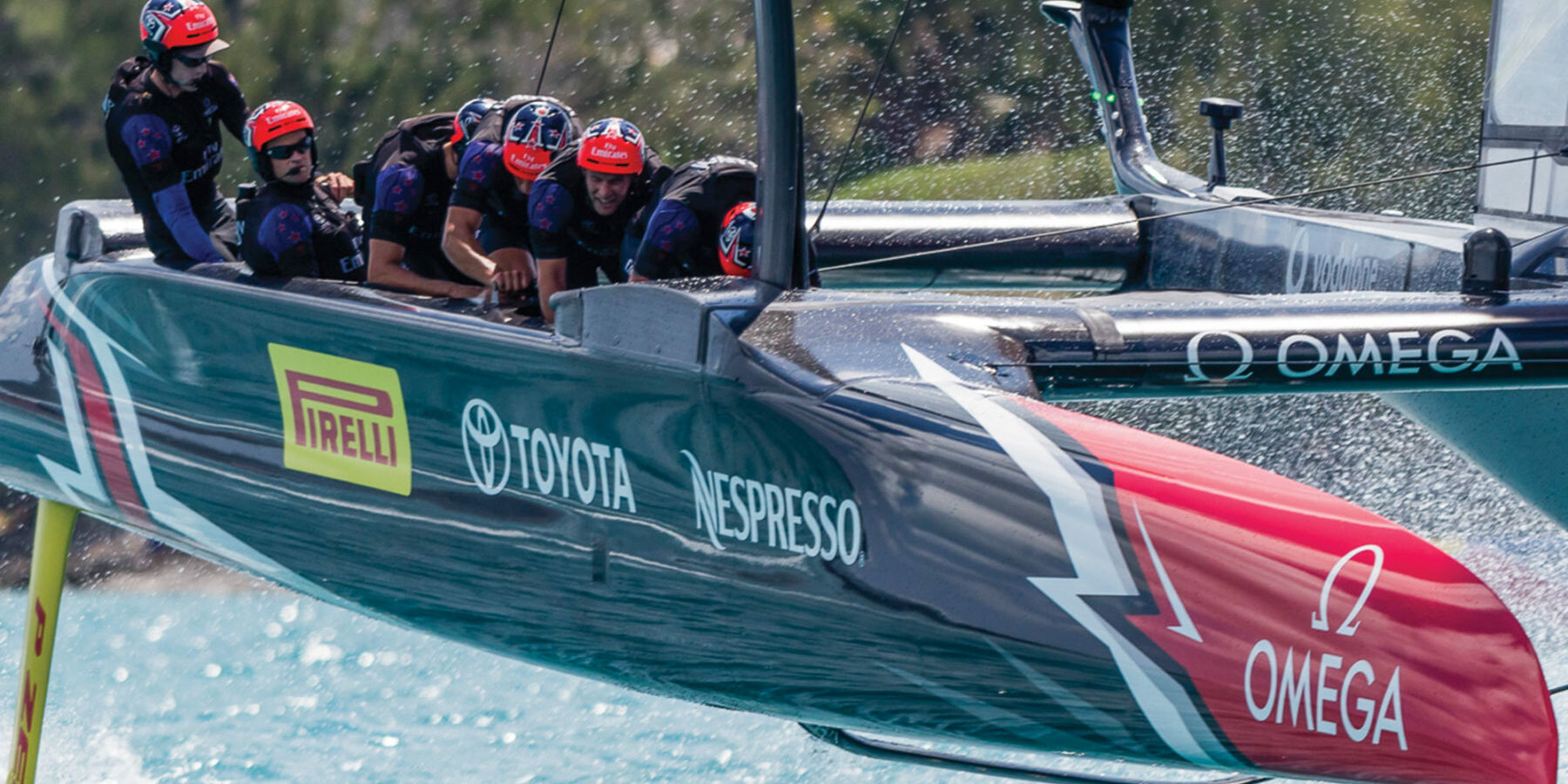 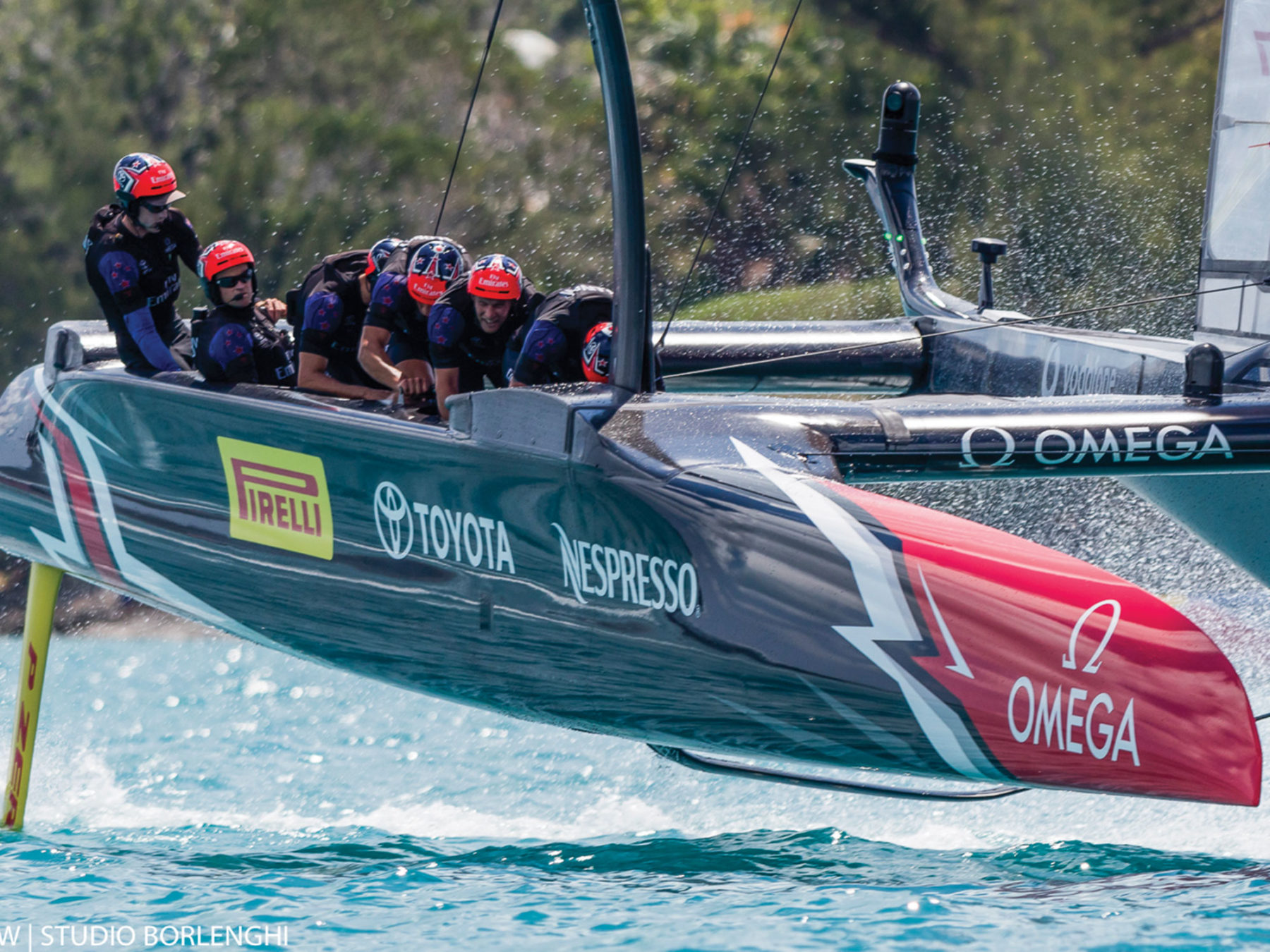 Team New Zealand’s cyclors on their AC50 for America’s Cup 35 in Bermuda allowed them to control their boat and wing more efficiently. The return of cyclors for AC37 is a real possibility. Carlo Borlenghi

When Emirates Team New Zealand arrived in Bermuda in 2017 for the 35th America’s Cup, they ­spectacularly wrong-footed their rivals when they unveiled a mini peloton of four “cyclors” pumping away on a row of fixed bikes instead of a ­traditional grinding team. Using legs rather than arms to power the hydraulic systems aboard the AC50 catamaran turned out to be a game-changing move. With a steady supply of oil pressure, the New Zealand crew could execute any maneuver they chose and twist their wingsail into speed-enhancing configurations that other teams could not match.

Cyclors were prohibited aboard the AC75s introduced by the New Zealanders for their defense at the 36th America’s Cup in Auckland, but they could be back on board for the 37th edition in Barcelona, Spain, in 2024. All five America’s Cup syndicates are tight-lipped about which direction they will be taking for their ­power-generation systems for AC37, but all of them are looking seriously at using pedal power, particularly given crew numbers have been reduced from 11 to eight, with only four sailors allowed to produce the power required to run the flying boat’s complex systems.

Tim Meldrum is a mechanical engineer with Emirates Team New Zealand and was a key member of the group that developed the Kiwi’s original cyclors’ mechanical system. He agrees the crew number reduction and the benefit of using legs rather than arms means teams will all be ­seriously assessing this approach.

“What was a six- to eight-person power-delivery group is now a maximum of four, and that’s a significant reduction,” Meldrum says. “Teams will need to review what tasks are managed by each ­person. There is still the need to steer, trim sails, control flight and navigate, so at a bare minimum, two of the eight will be needed for those tasks. Throw in tacking and jibing, and the question of split roles or transitional handovers also comes into the mix.”

Those teams who do opt for cyclors will be investing heavily in the development and optimization of the hardware deployed to deliver the human-generated power as efficiently as possible to the hydraulic pumps that feed the boat’s myriad systems.

Meldrum says the bikes on the Bermuda boat shared few ­components with that of a traditional bike. “If we do end up cycling, I think we would share in concept a lot of the Bermuda solution—but there is still a lot to explore and discover,” he says. “The main elements that cross over are the cranks and the pedals and seats. Beyond that, it’s all custom parts to deliver the power to the pump. The frame doesn’t need to fit wheels, and so can have struts ­bracing it sideways to the hull.”

Importantly, Meldrum points out that the AC34 class rule allowed about three times the hydraulic accumulator capacity and had a peak pressure limit about half that of the AC75. “This made the hydraulic demand a lot smoother and more ­consistent on the cyclors, since the peaks of the fluctuating hydraulic function needs could be smoothed,” he says. “In comparison, the AC75 rule now means that the hydraulic input is more direct to each cylinder ­function, which will be a factor in how the boat is configured.”

While design groups beaver away on the technicalities of that, within the America’s Cup grinding community it seems that bets are being hedged, with the key protagonists swapping the upright grinding machine and the gym for two wheels on the open road.

“The teams are looking for some big, powerful units—some of the wattages that are being bandied around are eye-watering,” says Ineos Britannia grinder David Carr, who believes it will take him the better part of two years to hit his performance targets for AC37.

“You just have to look on Strava (the fitness measuring app) and you will see that there are lots of America’s Cup grinders doing a lot of miles on their road bikes at the moment.”

If the choice was his to make, Carr says he would opt for cyclors over grinders. “It doesn’t blow me away to be moving a hydraulic pump with my arms,” he says. “The training for that was endless hours standing behind a TechnoGym grinder in a gym, listening to podcasts as I got the necessary time in at a low heart rate. Quite frankly, it was mind-numbing.

“When we are out on our bikes cycling as a group, we can be ­riding for six hours, but you can stop for a coffee and a bit of cake. It is really sociable, and at my age (40) it’s a completely different challenge, and I’d be really excited to see where I can get to with this other side of things.”

At this stage, Meldrum believes none of the teams will have made hard and fast decisions about how the power-delivery systems will fit into the 3D puzzle of an AC75. “The crew integration into the yacht impacts the deck layout and aero performance of the hull,” he says. “The sheeting points of the headsail system historically compete for space with the crew, so there are some trade-offs to consider.”

Nor does he believe that choosing cyclors over grinders is the no-brainer decision it might appear to be. “The differences from grinding to cycling are not as great as you would think when applied to an AC75,” he says. “The hydraulic demands of the yacht vary radically due to the small permissible accumulators. This translates to a lot of variation in fluid flow and pressure—which can mean frequent crank rpm and effort changes. Grinding is much better at managing these sudden changes. I suspect the teams will need to explore and do CFD performance-review iterations on the impact of all the various configurations.”

The post Powering the Next AC75s appeared first on Sailing World.