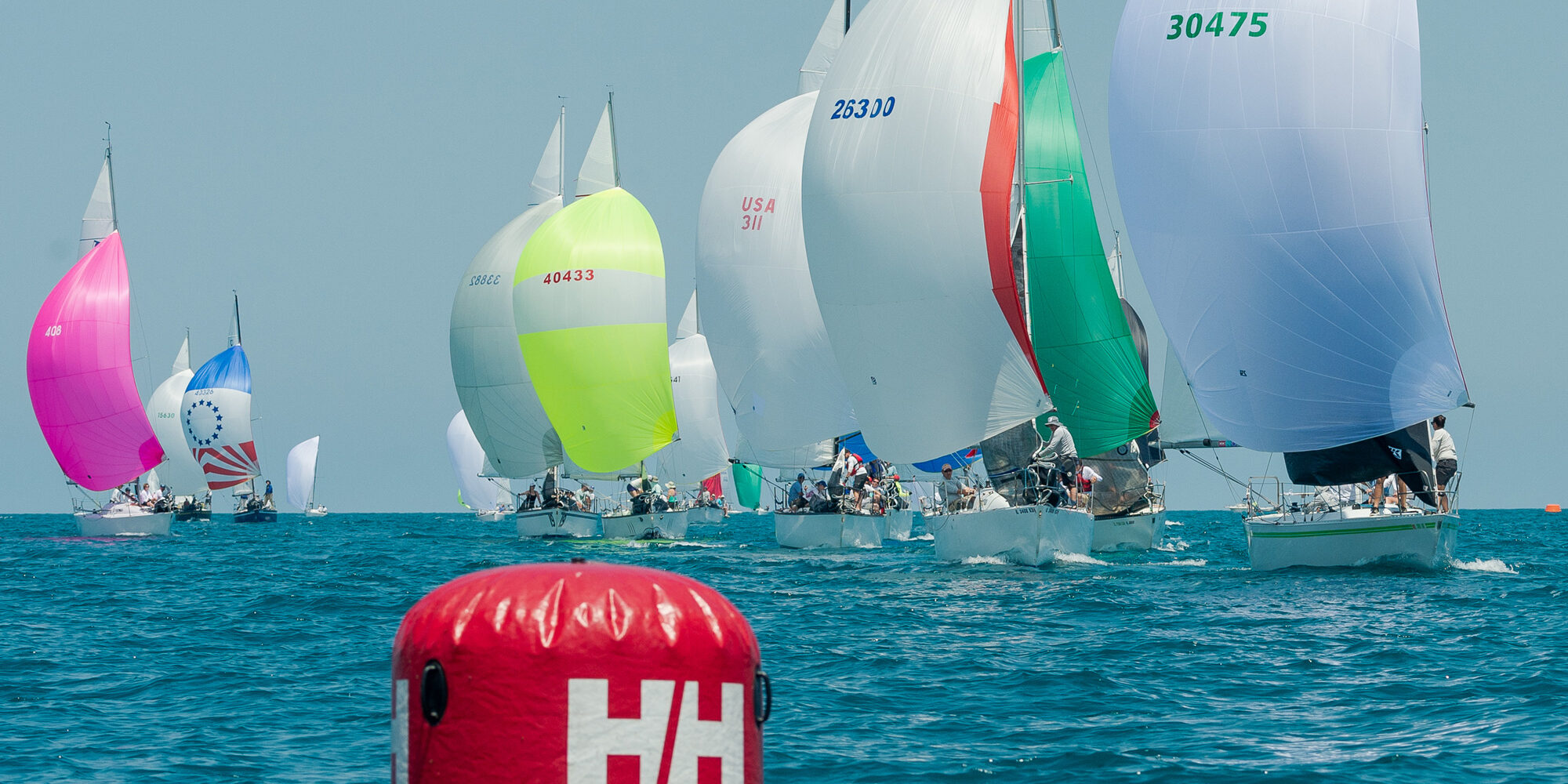 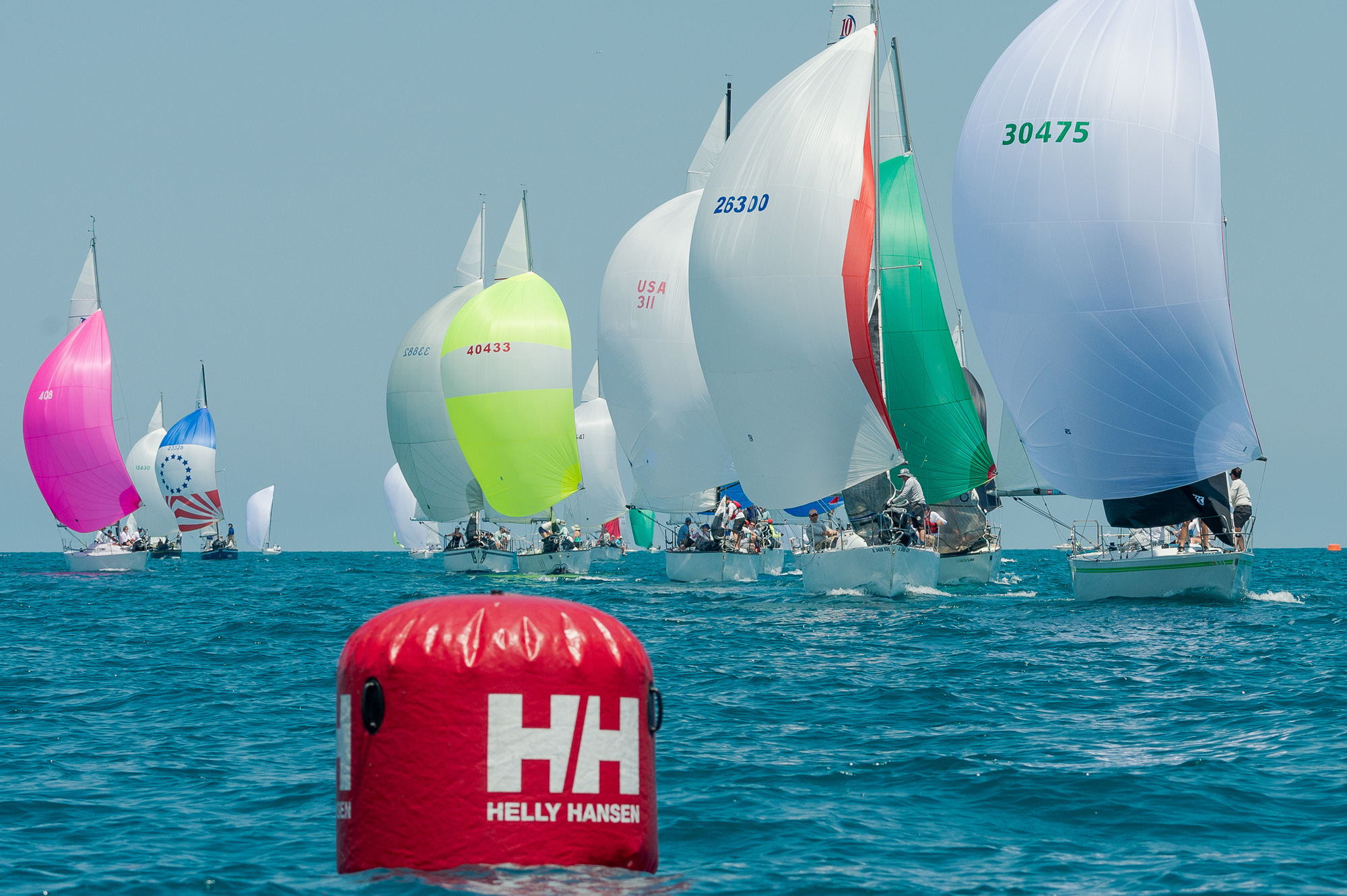 The sailing scene in Chicago is a lot like the springtime change of the seasons in the Windy City. Blink and the ice sheet that once stretched across Lake Michigan is gone, the lakefront is lush and alive and harbors are packed, up and down the coastline. And then—boom—just like that the racing season kicks into high gear with Chicago Yacht Club’s warm-up races ahead of the big season opener—the Helly Hansen Sailing World Regatta Series, which this year will be followed by SailGP’s Season 3 visit the following weekend at Navy Pier.

Yes, indeed, all of a sudden, the action is hot, hot, hot, and true to form, the Helly Hansen Sailing World Series promises to be a big gathering in Chicago, both on the water and onshore at Chicago YC’s Monroe and Belmont Stations. With an expectation of nearly 200 entries, the Chicago edition of the Helly Hansen Sailing World Regatta Series draws the area’s biggest and smallest classes—from the professionally sailed Great Lakes 52s to the battery-powered Dragon Force 65 remote-control racers going thumb-to-thumb along the seawall during the regatta’s Saturday night gala.

The Tartan 10 class, a fixture of this regatta for nearly 30 years, is shaping up to once again be one of the largest divisions. Brian Kaczor’s team on Erica will return to defend its win from 2021, but Timothy Rathbun’s team on the mighty Winnebego is also on the entry list and keen to avenge their 1-point loss.

Dave Tufts and his crew on the J/88 Gaucho, from Rochester, New York, almost went undefeated at the regatta in 2021, but a winter calendar packed with J/88 class regattas has elevated the likelihood of this 15-team division being a far bigger challenge for Gaucho this time around. On the hunt will be John and Jordon Leahey’s team on Dutch, winners of the last significant J/88 gathering, in Charleston in April, where they won on a tie-breaker with Andy Graff’s Chicago-based team on Exile. No doubt, the J/88s will enjoy more close racing. 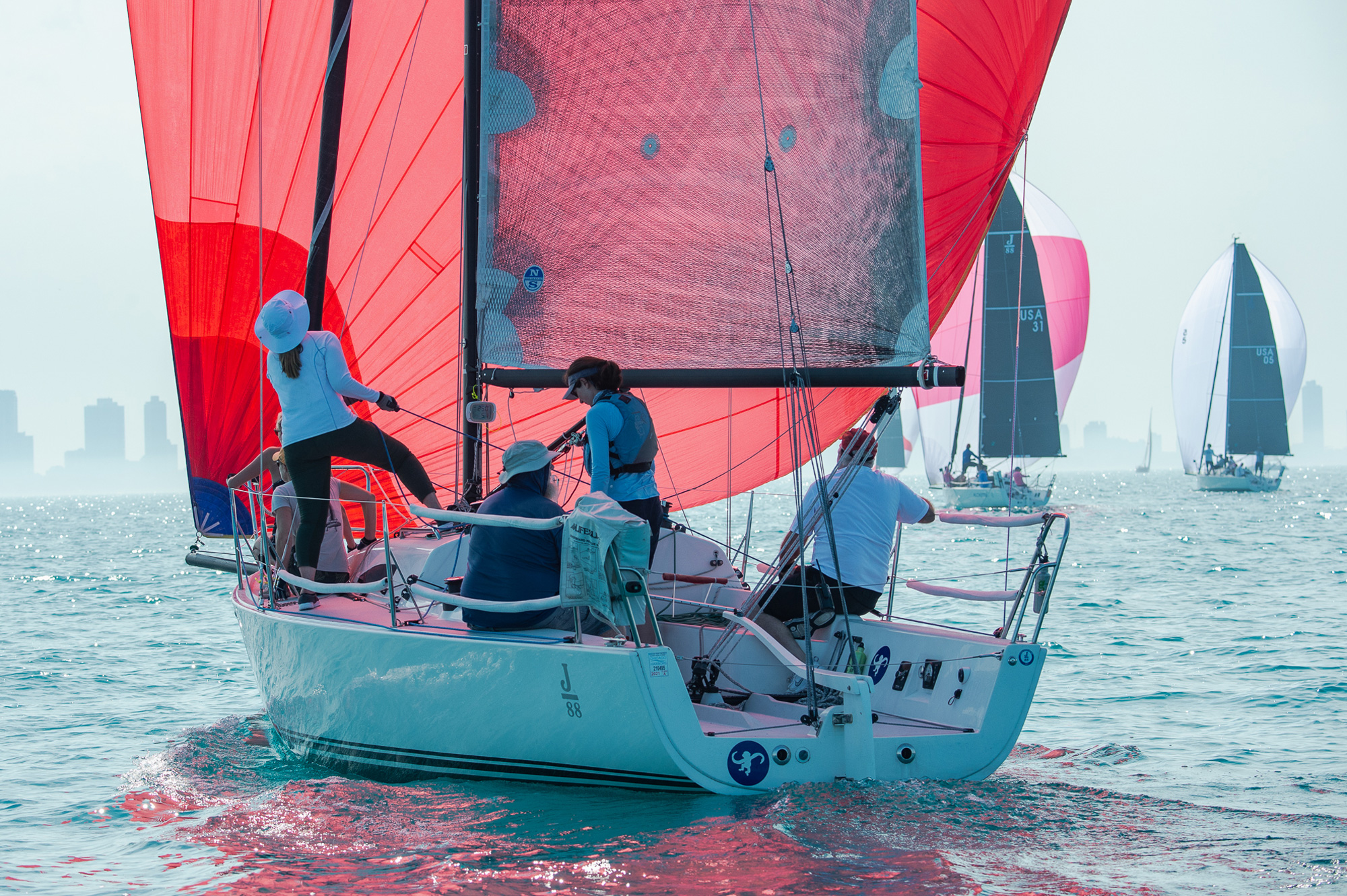 Michael Frerker’s team on the J/88 Funky Monkey makes its way down the run at the 2022 Helly Hansen Sailing World Regatta Series in Chicago. Mark Albertazzi

We can expect the same of the J/111 and J/105, J/109 and J/70 divisions, packed with great teams that have been sailing all winter long. The J/70s will face Bruce Golison’s Team on Midlife Crisis, second at the 2021 J/70 World Championships in California and featuring the same top-level squad, including Rolex Yachtsman of the Year finalist and Etchells World champion crew, Erik Shampain.

New to the Chicago regatta will be the L30 division, sleek 30-footers designed by Ukranian Olympic silver medalist Rodian Luka (Men’s 49er). With some of the L30s privately owned and others made available for charter, the fleet is providing competitors easy access to turnkey grand-prix racing. Luka and his support team set up and prepare the boats for teams interested in trying the multi-purpose design. L30s were featured at the St. Petersburg stop of the Helly Hansen Sailing World Regatta Series and received high praise from chartering teams for their speed and ease of handling in a variety of wind conditions.

As they are intended for coastal racing as well, the L30s will shift from buoy racing on Saturday to join the North Sails Rally Race fleet, which will sail a daylong distance race that will start and finish in the vicinity of Navy Pier. The current North Sails Rally Race fleet features more than a dozen boats ranging from 52 to 35 feet, and many of the teams will be using the regatta as an early warm-up and winter dust-off for Chicago YC’s Race to Mackinac in July.

The powerhouse classes of the Beneteau 36.7s and 40.7s, packed with the area’s most dedicated and seasoned amateur sailors who are known to race as hard as they party, are expected to deliver the same competitive results as they have many years, especially with the return of their respective division winners: Antoni Czupryna’s Erizo de Mar in the Beneteau 36.7s and Gary Powell, Scot and Yvonne Ruhlander’s Mojo in Beneteau 40.7. Mojo emerged as the regatta’s overall winner in 2021, which earned them a berth in the Helly Hansen Sailing World Caribbean Championship. This season-ending regatta will be held in the British Virgin Islands in October with overall winning teams from all five regattas from both 2021 and 2022. 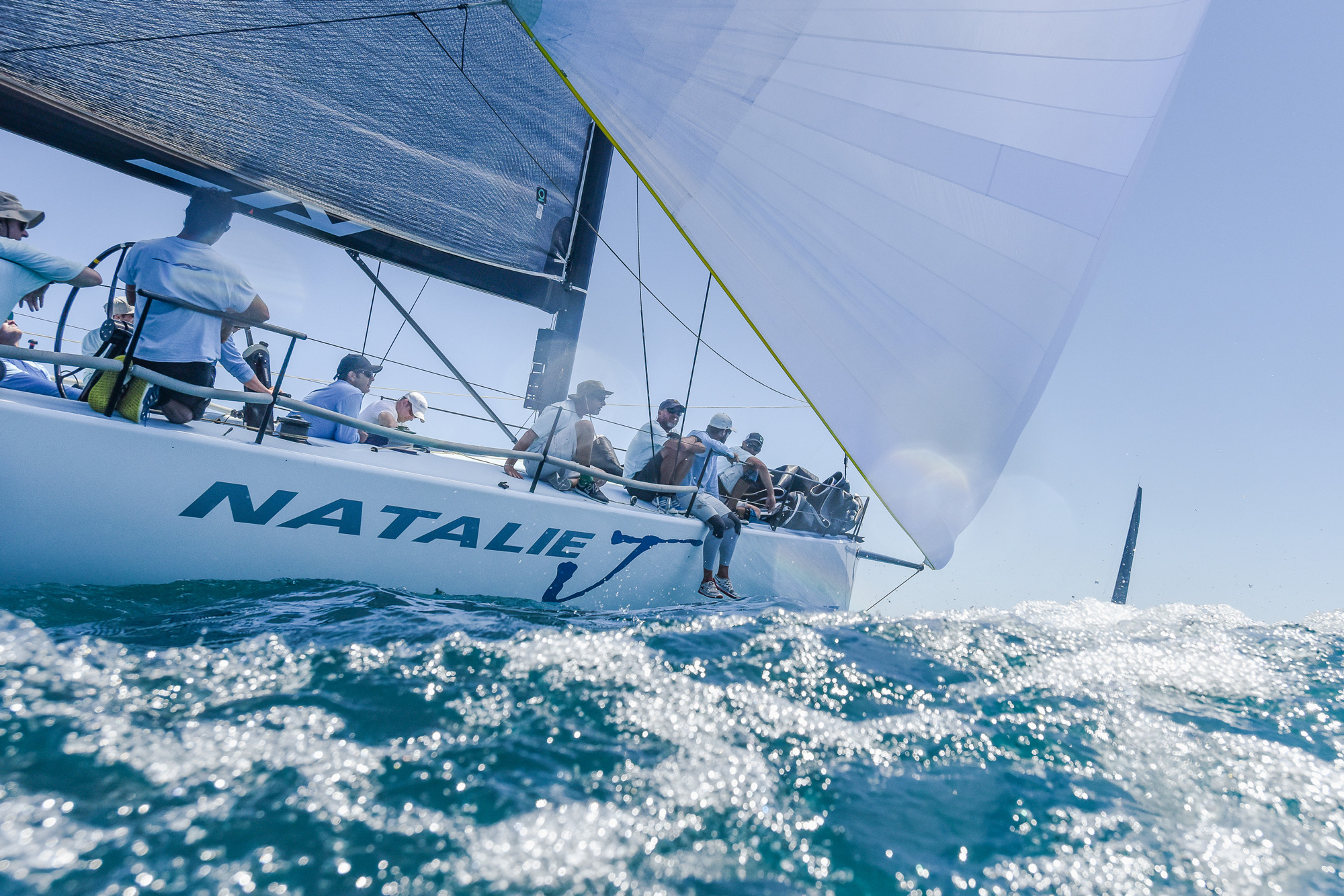 The crew of Philip O’Niel’s Natalie J hits the leeward rail on a light-air day at the 2021 Helly Hansen Sailing World Regatta in Chicago. Mark Albertazzi

Racing for the Helly Hansen Sailing World Regatta Series Chicago gets underway June 10 with all buoy-racing classes and continues with North Sail Saturday on June 11 and concludes on June 12 with the selection of the regatta’s overall winner and awards party at the Chicago Yacht Club where evening socials will be hosted for sailors, friends, families and members.