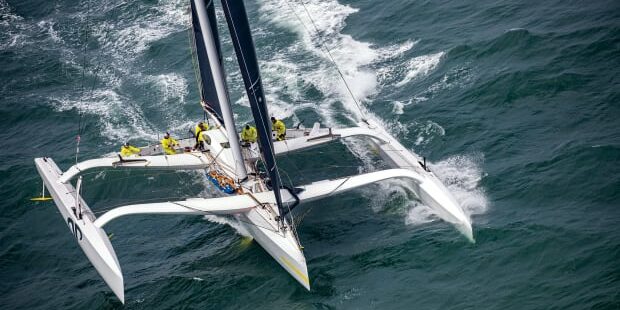 Strong winds and a brutal sea state made for record-breaking conditions for a least some of this year’s Newport-Bermuda Race fleet. However, these same conditions also tragically resulted in the loss of one of the sailors taking part—a reminder that for all of today’s technology, the sea remains an inherently dangerous place.

According to race officials, New Jersey sailor Colin Golder of the 42ft Morgan Marietta went overboard approximately 325 miles from Bermuda in what was described as “strong winds.” After an “extended effort,” the Morgan Marietta’s crew was able to bring Golder back aboard. But it was already too late, and he couldn’t be revived.

At press time, US Sailing, at the request of Newport-Bermuda Race officials, had convened a panel to find out exactly what happened, taking into account everything from the weather conditions at the time to crew experience and the race’s long-established safety regulations. A chronology of events and “lessons learned” to help make the sport of offshore sailboat racing that much safer is scheduled to be completed sometime later this fall.

“While words are inadequate at a time like this, we extend our deepest sympathies to Mr. Golder’s family, friends and crew as we await the report of the US Sailing panel,” race officials said. We at SAIL would like to take this opportunity to offer our condolences as well.

As for the rest of the fleet, leading the charge was Jason Carroll MOD70 trimaran Argo, which took full advantage of the conditions to set an elapsed-time record of roughly 33 hours—faster than any other boat in the 116-year history of the Bermuda Race—covering the 635-nautical-mile course at an average speed of 19.24 knots.

“The forecast under-appreciated just how rough the sea state was,” Carroll said afterward. “We spent a lot of time throttled back, making sure we wouldn’t have a problem. It was quite rough for us in the middle of the race…. About three hours into the race, we were down to two reefs and the J2. Ten hours in we had the J3.”

Also impressive was the performance of the Cal 40 Illusion, winner of the St. David’s Lighthouse Trophy for the top finisher on corrected time. Owned by famed navigator Stan Honey and his wife, Sally, the boat reportedly hit a top speed of 22 knots en route to Bermuda—not bad for a boat designed in the early 1960s.

“The conditions were perfect for our boat,” Sally said after the finish. “The conditions were just what the boat loves, heavy-air reaching. A lot. We got into a Gulf Stream eddy and stayed in it for about seven hours. That gave us a good boost. We managed to stay in the wind most of the way down. We had a couple of light spots, but nothing like the later boats.”

For complete results from the race as well as the latest updates on the investigation into the loss of Colin Golder, go to bermudarace.com.