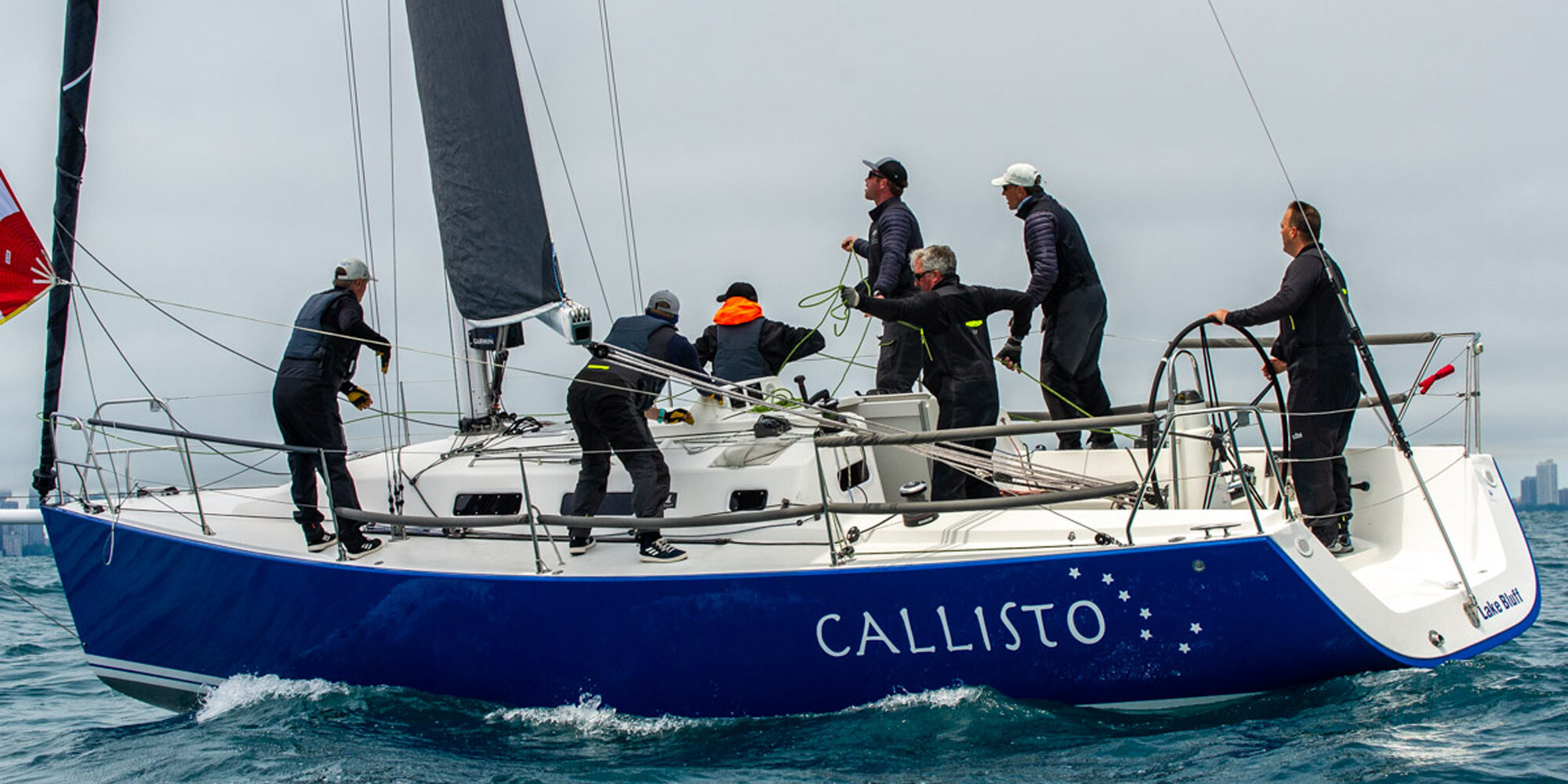 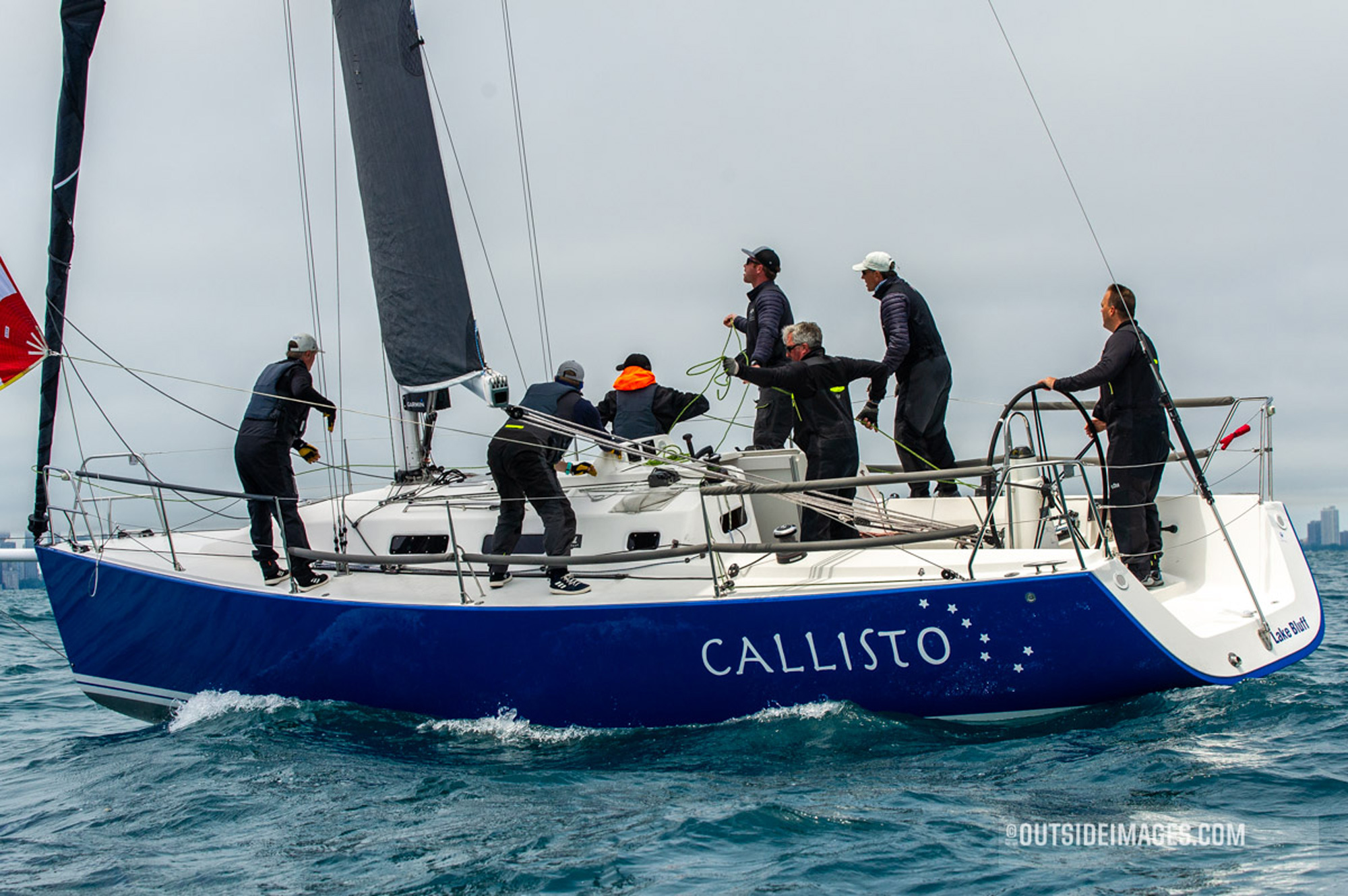 The best teams in sailboat racing excel across a range of conditions, and for competitors at the 2022 Helly Hansen Sailing World Regatta Series Chicago, that’s exactly what was required over three days of challenging Lake Michigan conditions, where the breeze eventually blew from all points and all strengths.

For the final day, host Chicago Yacht Club served up a great one for the nearly 180 teams—12 knots of wind and steep waves—just the sort of conditions in which Jim Murray’s team on the J/109 Callisto excels. Callisto won its nine-boat division and earned the regatta’s overall prize—a berth at the Helly Hansen Sailing World Caribbean Championship, hosted by Sunsail.

“This is our 13th season with the boat,” says Murray, of Lake Bluff, Illinois. “This fleet of J/109s is so evenly matched that, if you screw up, you get ejected.”

In today’s stronger winds, however, Murray and his squad won the last two races to close with an impressive 11-point winning margin. “When it’s windy like it was, you have to be aggressive on the starting line,” he says, “and in this fleet, everyone’s starting game is really high.”

With good starts and the sails set for maximum power, he says, Callisto’s helmsman Mike Hendrie was able to work his magic while the team’s tactician, Bill Colombo, put them in the right places at the right time. “I’ve been sailing with Mike since we were kids,” Murray says, “so I know he can hold a lane even in the slop we had today. He’s so fast off the line, and can hold a lane for a long time, so that helps us get into the top three right away.”

The Beneteau 36.7 fleet has long been considered one of the most competitive on Lake Michigan, and at this weekend’s regatta, the 36.7s lived up to this reputation with six boats winning individual races. Jarrett Altmin’s team on Soulshine, came out on top by only 3 points, and only won in the final race of the regatta.

“It was super challenging, so we feel pretty considering how tough the racing was and how competitive the 36.7 fleet is,” Altmin says. “We were tied going into today and in the first [of three races] we went up a point in the first, then down a point in the second, and thankfully we were able to win it in the end—but not by much at all.”

For Soulshine, the weekend as a whole was a story of determination and endurance, Altim says. “It was just tricky every day, and by the end of the last race we were all just so exhausted, but excited to win this one. The trimmers and tacticians on every boat worked incredibly hard this weekend, and with so many great teams, if you make one mistake you’d be down a couple of spots. A lot of sailors earned their rum today.” 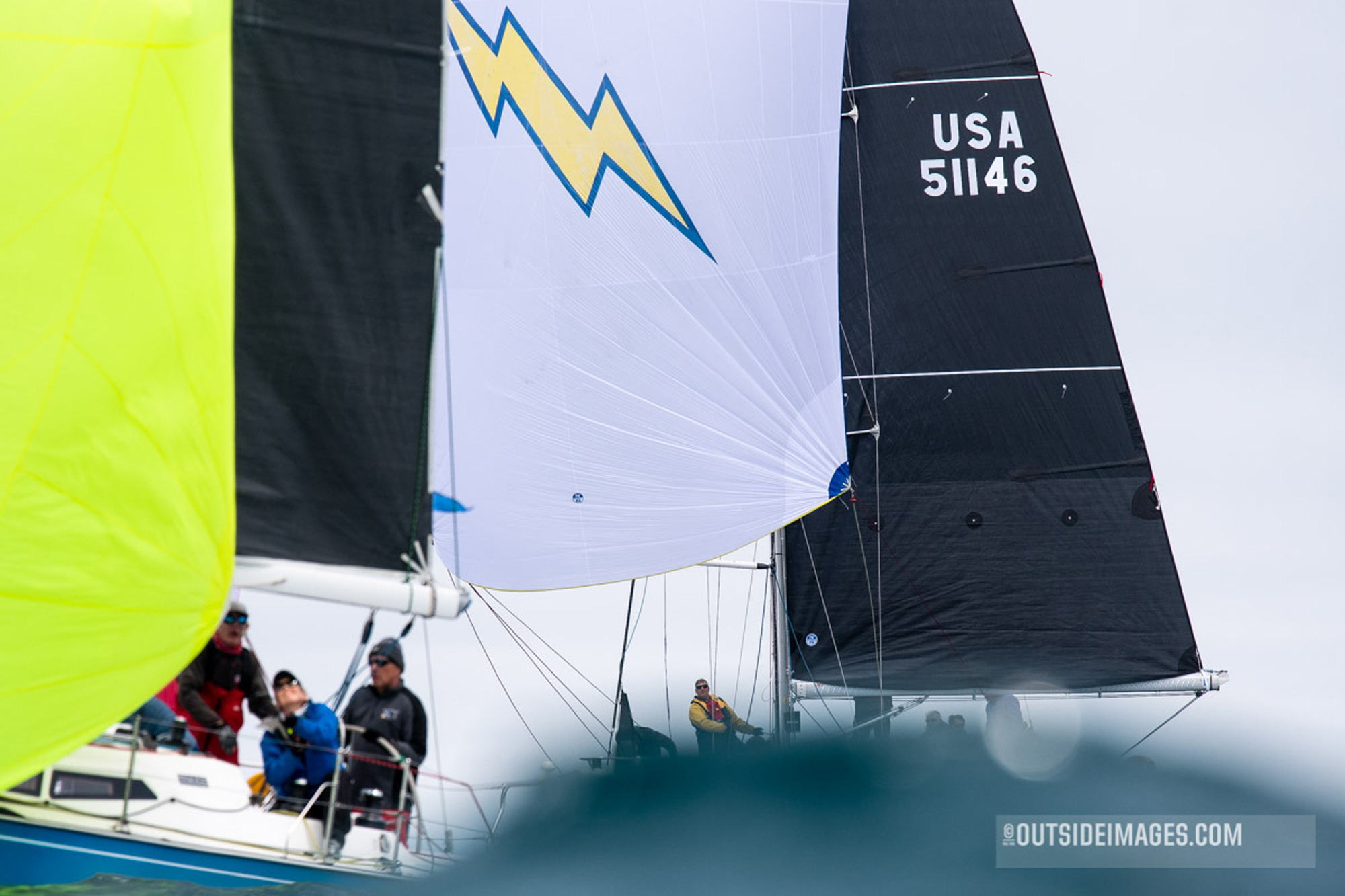 The local hot fleet and a fixture of this early summer regatta, is the Tartan 10, and it’s a class that’s renowned for close racing from start to finish. Once again, Brian Kaczor’s team on Erica was in great form and won the division by 4 points over Don Wilson’s Convergence.

“As conditions changed over the days, it was just making sure we were always in tune with where the rig and sails needed to be set,” says Kaczor, of Chicago.

The second day for the regatta was pivotal for the team, Kaczor says. “I have three new crew members that have never sailed on the boat with us, and on that day, we had some busy mark roundings and it all gelled and we came out clean every time That was very satisfying, and for us, when you can hang with Don Wilson all weekend long—the one that’s superfast—that’s a highlight for the weekend.”

John Kalanik’s team on the J/111 Pura Vida was dinged with a race disqualification earlier in the series (after a minor incident with a boat in a different fleet), which required his teammates to work that much harder to earn a class win, which they did with two wins on the final day and emerged atop a tiebreaker with Tom Dickson’s Warlock. 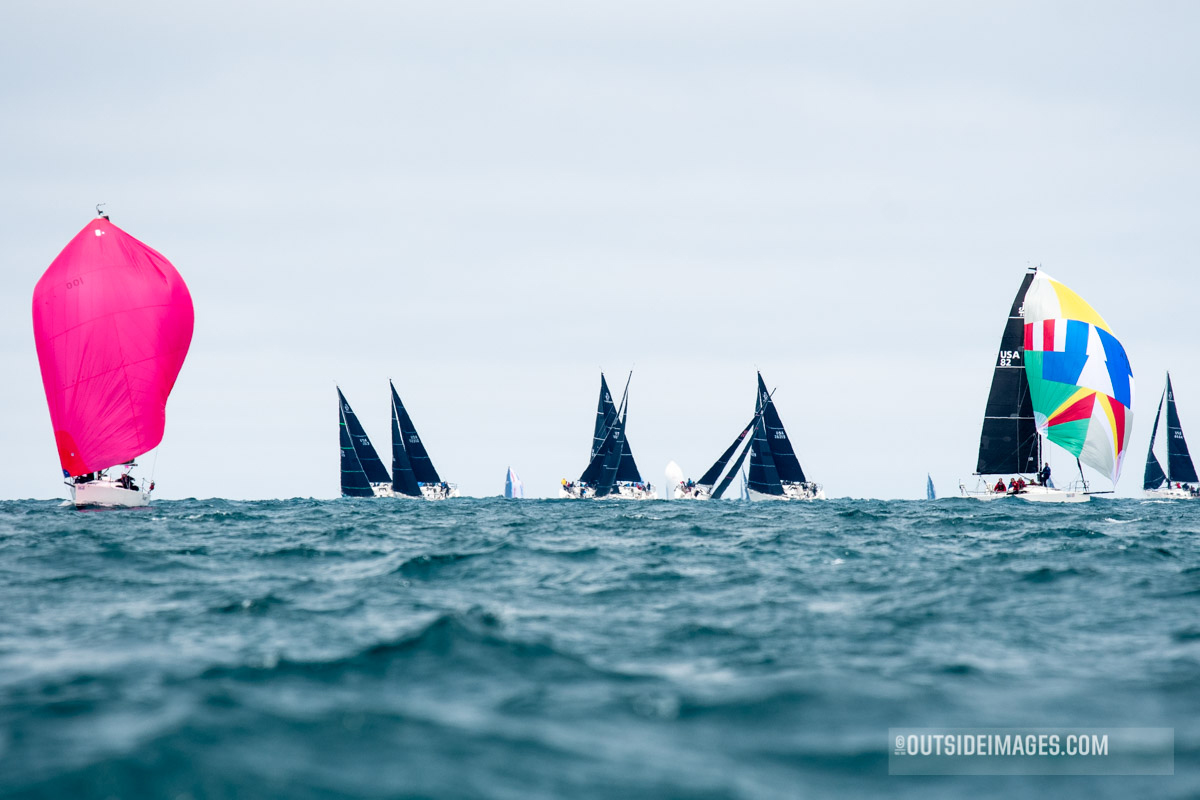 When the wind piped up for the final day of the Helly Hansen Sailing World Regatta Series Chicago, gains could be made on the center of the racecourse, shared by J/111 and Beneteau 36.7s. Paul Todd/Outside Images

“We knew the boats we had to beat so we just focused on boatspeed,” says Kalanik of the final day. “Our team is phenomenal and has been sailing together for three or four years so everyone knows their jobs and our boat handling was executed perfectly. The key was to keep sailing fast.”

Still, they had their hands full with the tactical side of the series and it wasn’t easy keeping Warlock behind them. “We focused on them on the first leg only, and once we got ahead, it was just staying between them and the finish. Our guys were really good at calling the puffs and shifts because they were oscillating all day. We had great starts, and just focused on body placement and making sure the boat was always going fast in the heavy chop.”

The same sentiment was shared by all individual one-design keelboat class winners, including Ben Marden’s team on the J/88 Banter, which was selected as the North Sails boat of the day on Saturday and then completed their weekend with two more top-three finishes to claim the J/88 title. Jon Weglarz’s J/105 team on The Asylum eked a 1-point win over Richard Stearns Hokey Smoke; Gary Powell and Scot and Yvonne Ruhlander’s Mojo was the top Beneteau 40.7; John Heaton’s Emperia took the J/70 division by 7 points; and David Ren and his team of junior sailors won the L30 division, sailing the boat as a team for the first time this weekend.

The regatta series continues in Marblehead, Massachusetts in July, and concludes with the October Helly Hansen Sailing World Caribbean Challenge in the British Virgin Islands where individual winners from all five regattas will compete in charter boats provided by Sunsail.