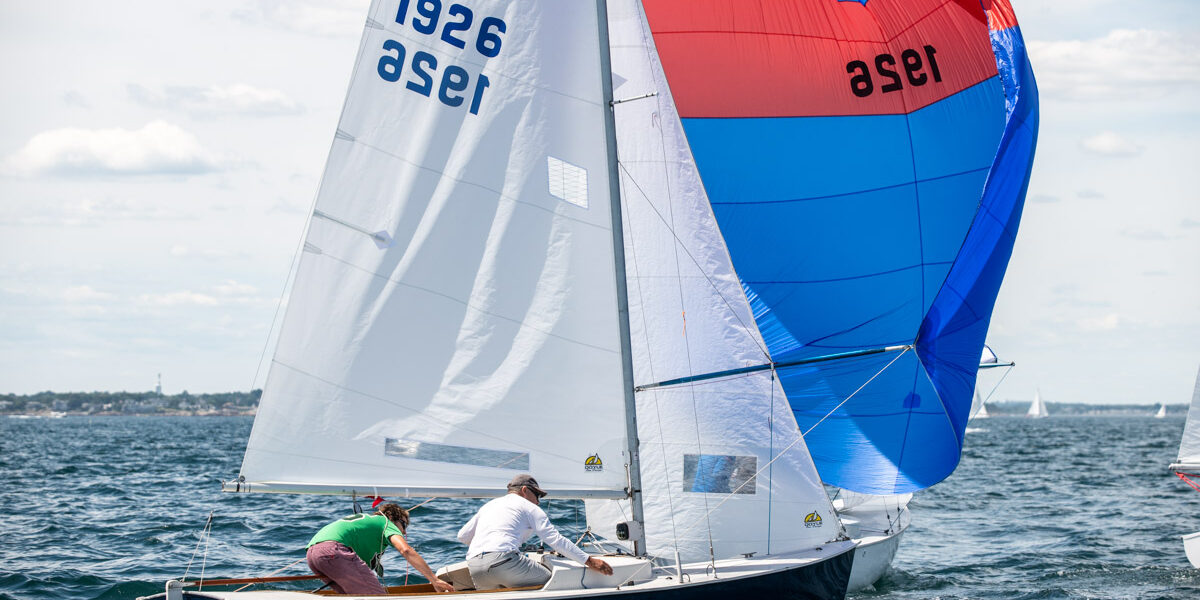 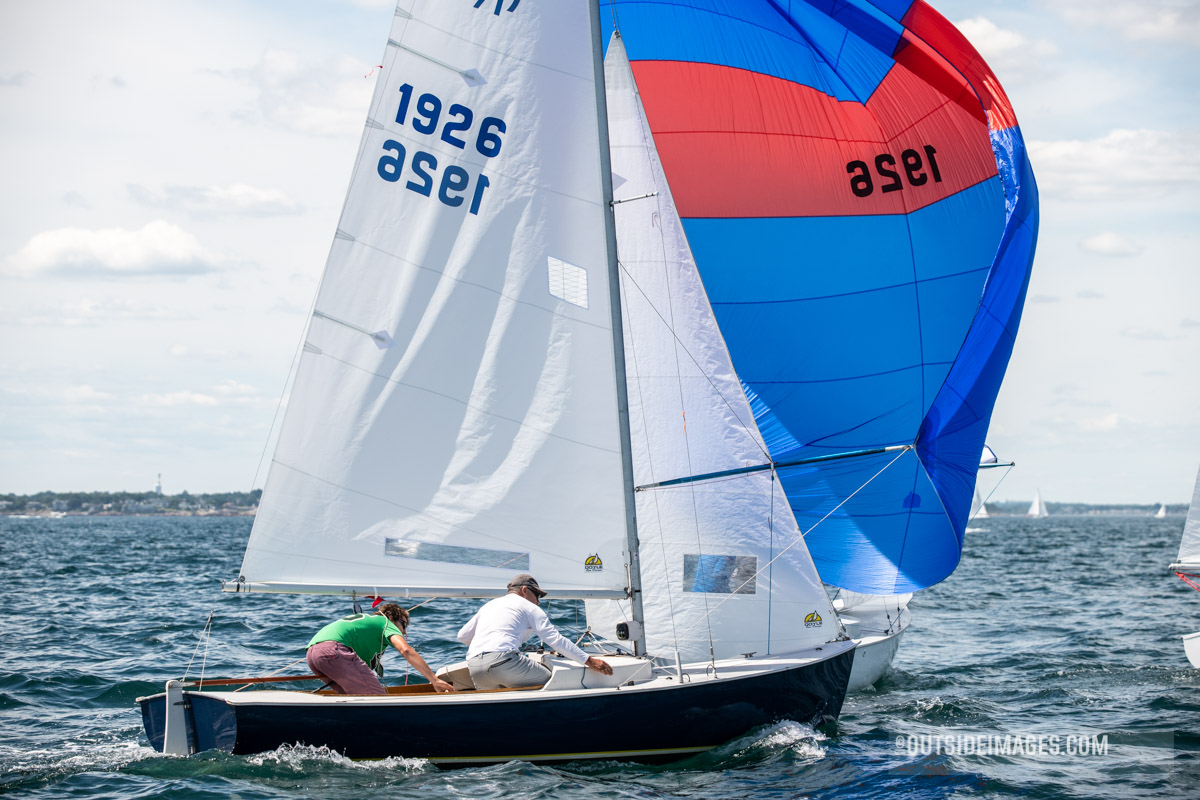 Nat and Jim Taylor, winners of the Cressy Trophy at the Helly Hansen Sailing World Regatta Series at Marblehead Race Week set at the weather mark en route to

The Helly Hansen Sailing World Regatta Series at Marblehead Race Week, it’s been said, is a regatta of mental endurance. With four days of races and no discards, every race and every point counts. There can be no quit until the final leg is sailed, especially in the waters off Marblehead Harbor where the local sailors know that the wind and weather conditions are never the same from one day to the next. And no lead is ever safe.

“It can be a marathon, and when you finish four days you do feel like you’ve done a lot,” said Jim Taylor, of Marblehead. With his son Nat on the helm of their Rhodes 19 Jabberwok, the Taylors won the highly competitive 21-boat fleet and the coveted Cressy Trophy, awarded to the winner of the regatta’s most competitive fleet.

The father and son team on Jabberwock started their regatta on Thursday with respectable finishes of 5-11-5, and that 11th, said Jim Taylor, was their worst result over 11 races.

“We had to recover from an OCS (over the starting line early) and that was our one double-digit result,” Taylor said. “We probably sailed the best on Friday, which was a wild day with big windshifts and dramatic changes in the wind speed. We sailed those conditions really, really well. That was about as well as I have ever sailed in those conditions, which are usually really frustrating for me.”

On Saturday, the wind piped up, which favored Taylor and his son, which are on the heavier side weightwise. “Peak winds were in the high teens and we were just plain faster,” he said. “With two Taylor butts over the rail we were fast and were able to just sail away.”

The father and son duo have been sailing the Rhodes 19 together for nearly 10 years, but the elder Taylor won Marblehead Race Week in the 1980s. “It was a completely different thing back then, and the talent level is nowhere near where it is right now,” he said. “It’s very high with college sailors joining the fleet and the one thing we like about the boats is that they are all pretty much equally slow, which keeps the racing close. If you do it right you gain a few lengths here and there, but that’s about it.” 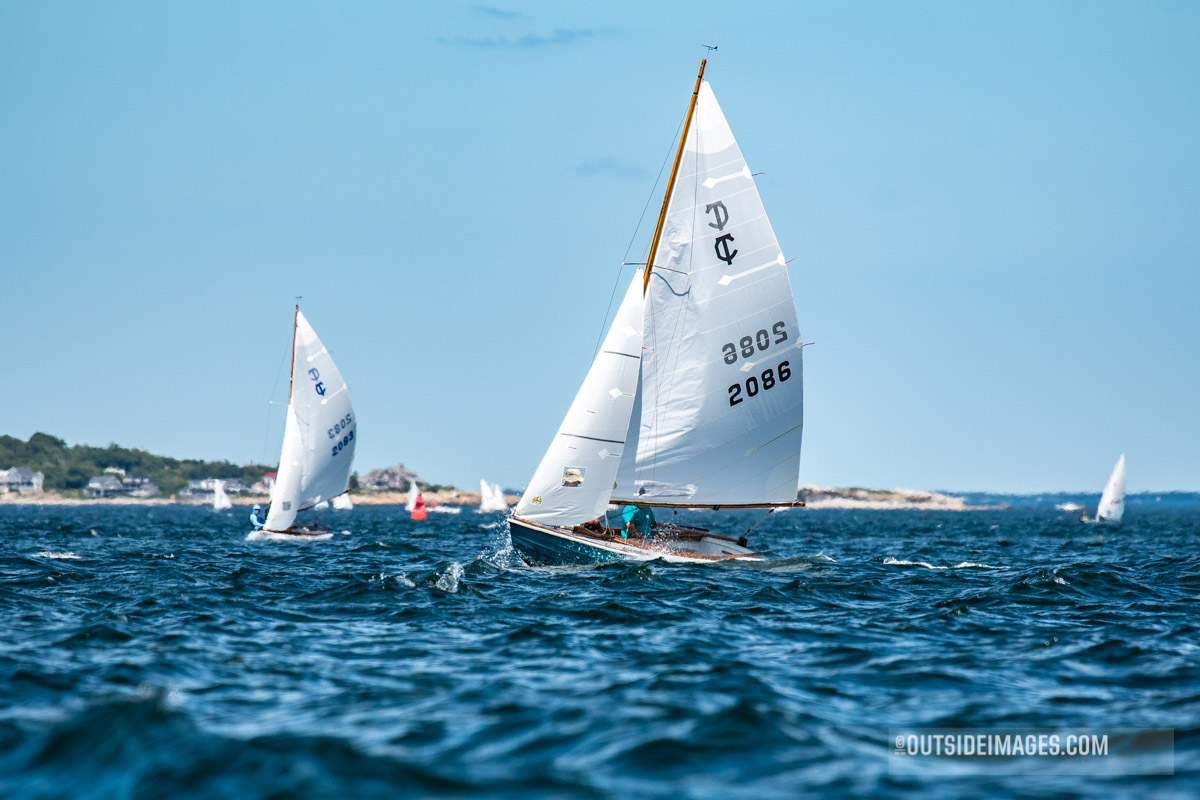 On the same racecourse, the local Town Class, which continues to grow in numbers every year to an impressive 20 entries at the Helly Hansen Sailing World Regatta, was equally competitive over three days of racing, and in the end, local sailmaker Chris Howes with Town Class stalwart Bart Snow topped the fleet on the final day—by only 1 point over the crew of Bill Heffernan and Larry Brown, of Needham, Mass.

“This fleet has gotten so much more competitive over the past few years,” said Howes, the 2021 Town Class National Champion who only joined the class five years ago. “Everyone’s coming along and there are better sailors, so it’s getting harder and harder.”

Howes, a sailmaker, says his new sails helped him in the weekend’s windy conditions, and his goal going into the regatta was to be relaxed, have fun, and be consistent. This approach was working until the first race on the final day when he realized after the start that his boat’s centerboard was in the wrong position. “We lost four boats immediately,” he said, “and we went from being first with an 8-point lead to being down by 1 point.”

In the final race, however, Howes and Snow maintained their focus, kept tabs on the boats they needed to beat and finished second, which was just enough to secure the win and the class’s perpetual trophy.

With nearly 140 entries across 10 classes, there were plenty more close battles across the fleet, and especially so in the J/70 division, which had two 2023 J/70 World Championship qualifying berths to play for: one for a pro team and one for an all-amateur squad. The latter was bagged by locals Charlie Pendleton, Jim Raisides, Abi Borggaard and Wade Waddell on Bad Hombres after a roller coaster of a regatta. They struggled on Friday, recorded their best results on Saturday, and then almost lost it all on the final day.

“On Friday, we had our worst ever day at Race Week,” Raisides said, “but it speaks to the resiliency of the team that we went out and there on Saturday and had three top-10 finishes and were the third boat overall for the day—that shows a good team.”

The foursome on Bad Hombres were OCS in the first race of the final day, had to return to the start and managed to climb back to score a 20 in the 30-boat fleet. With only one race remaining, they put their disappointment behind them and focused on getting back the points they’d given up.

“Our whole thing was to just keep playing forward and working for points,” Raisides said. Scoring an impressive 11th in the final race was enough to win the berth by a slim 2 points. 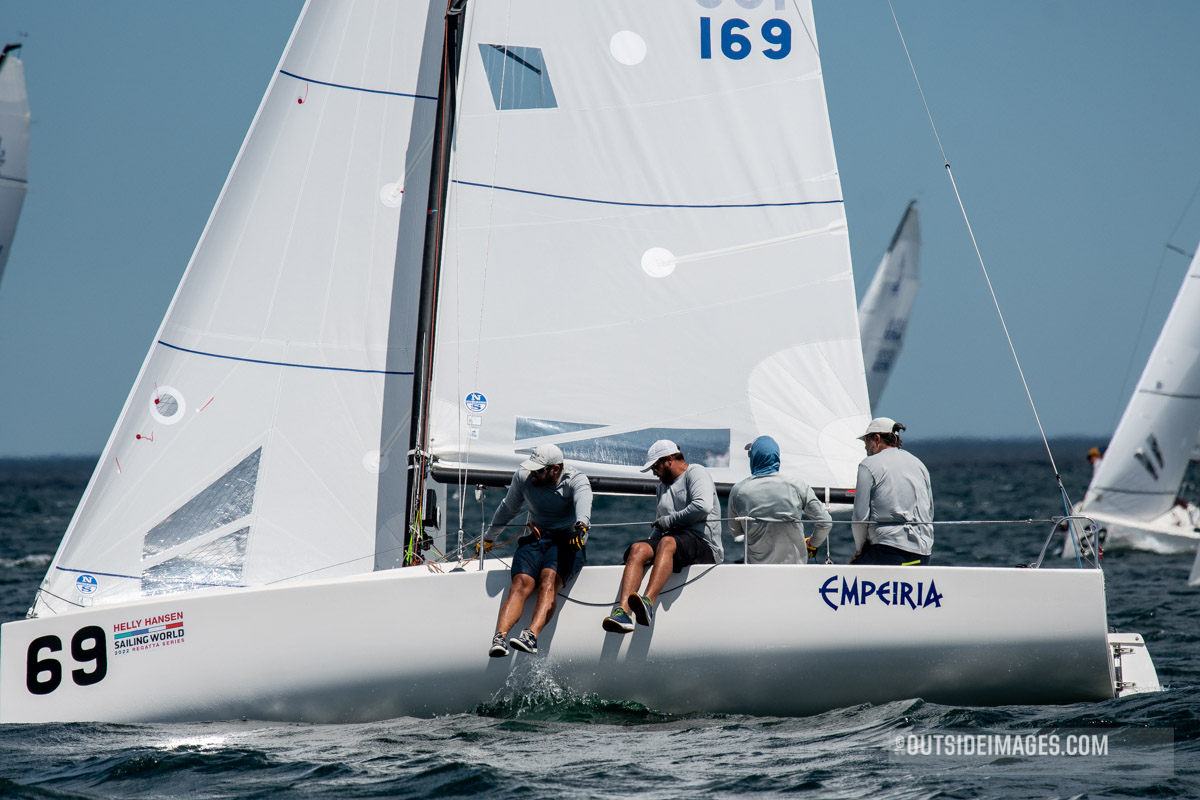 The other world-championship berth went to John Heaton’s team on Empeiria, the top J/70 of the weekend, which stunned the fleet on Saturday by winning all three races.

“It was a beautiful regatta, with epic conditions for Marblehead,” said Heaton, whose team of Zeke Horowitz, Zach Mason and Will Felder mastered the changing winds that spanned from south to west, to light and strong, especially on Saturday.

“A lot of it is due to the guys, and that the boat is set up so I can drive it without intervention,” Heaton said. “I was just driving and the whole time the crew was talking about where the wind was, the clouds and the shifts. We had good starts and good speed, but these guys were banging the shifts perfectly. It was a proud day for me to watch the team click so well together.” 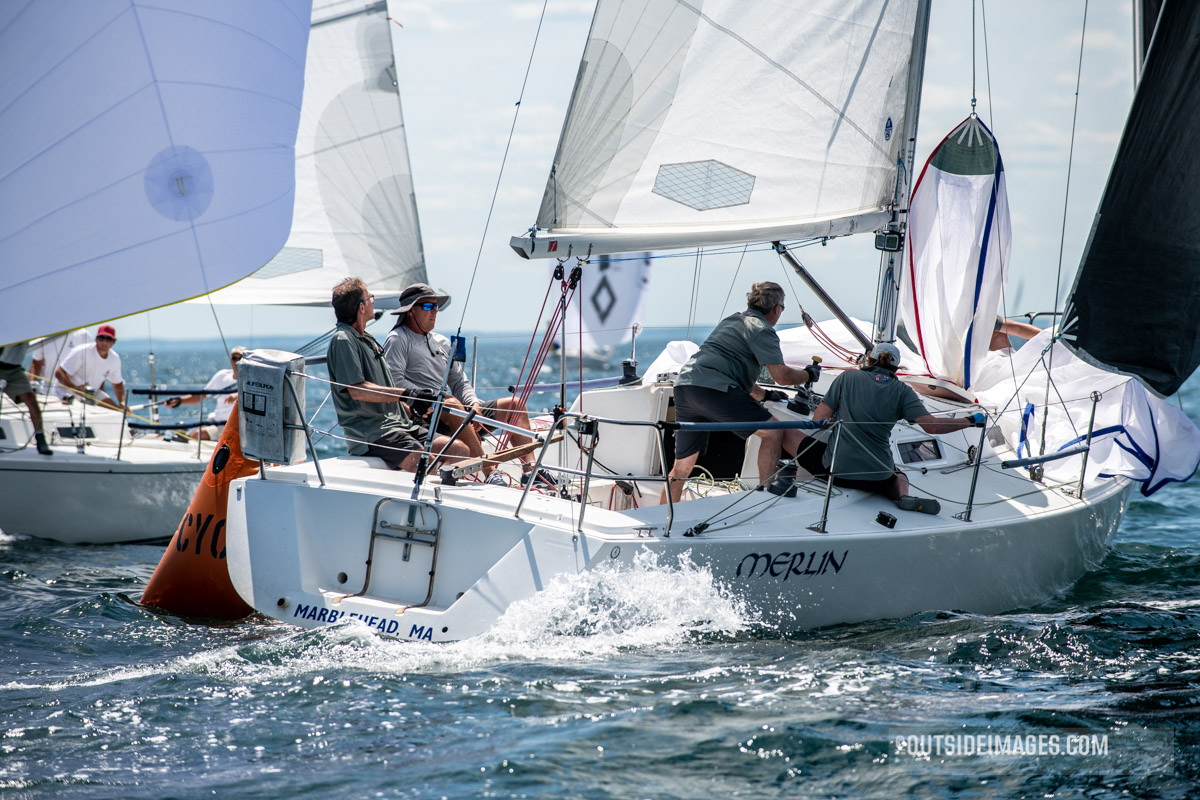 Other class winners were: Ege Özgül in the ILCA 7, Max Dressel in the ILCA 6, Tomas Hornos’ Destiny in the Etchells, Charlie Garrard’s Merlin in the J/105, Marek Zaleski’s Team Z in the Viper 640, Diane Reid’s Ellementary in the L30s, and Bill Widnall’s Javelin in the IOD class. Widnall and crew, which won all but one of its seven races, also earned the regatta’s overall title and a berth at the Helly Hansen Sailing World Regatta Series Championship with Sunsail in the British Virgin Islands in October.