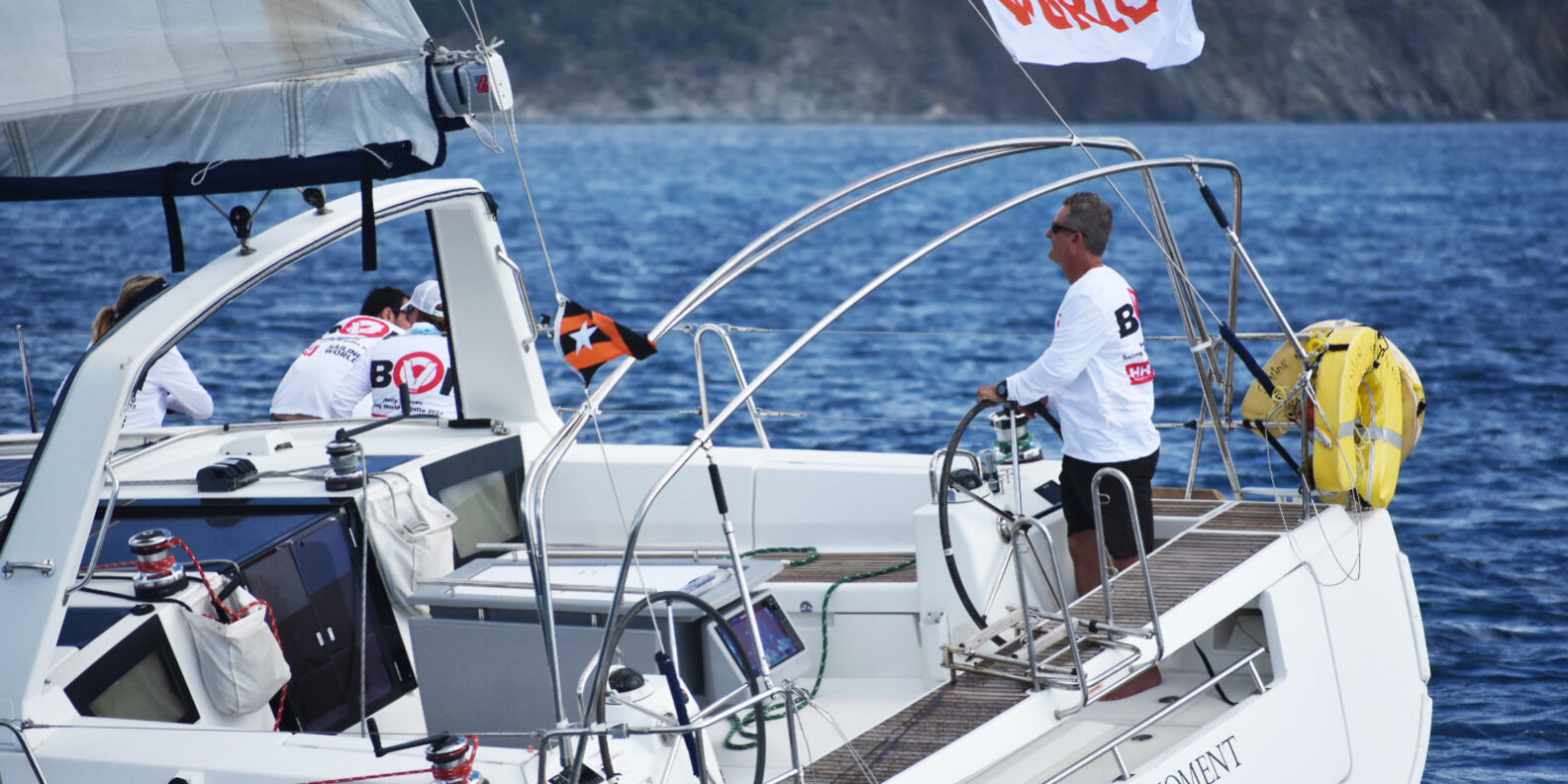 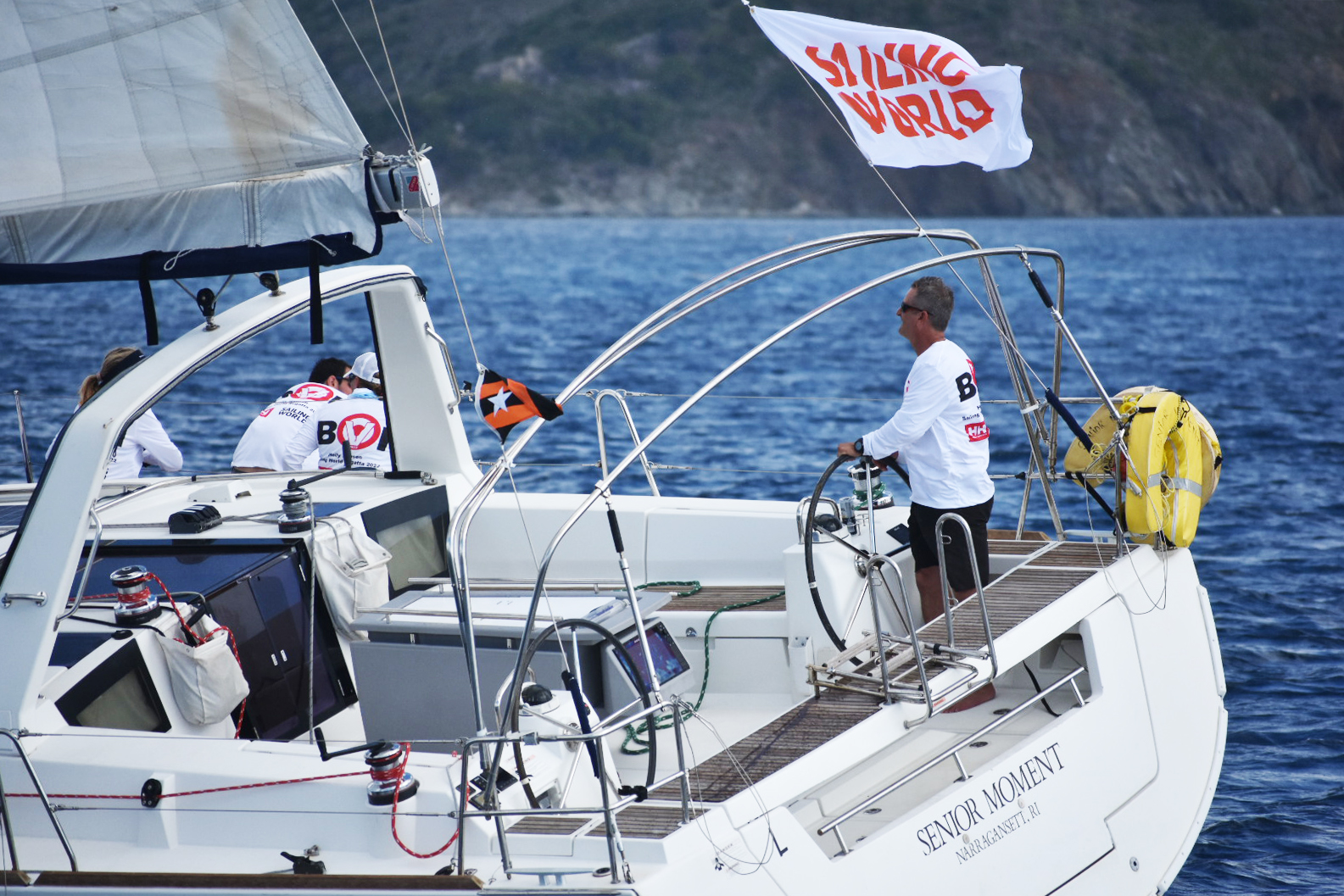 Jim Sears keeps his Sunsail charter boat in the groove as they make their way to the Bitter End Yacht Club on Leg 2 of the Helly Hansen Sailing World Regatta Series. Sarah Renz

The last time the Helly Hansen Sailing World Regatta Caribbean Championship was contested in the British Virgin Islands, way back in 2019, a team from Marblehead that called itself “Juhnksho” finally halted the winning streak of one Jimmy Sears and his mates on Team Viper. At the time of his loss, Sears, who clearly knows how to get every bit of speed from whatever Sunsail charter boat is given to him, vowed to return and the wrong.

In the early stages of the championship, two days in and easing into the lay day at the Bitter End Yacht Club, Team Viper and those in their pit and making good on their intentions. They may and very well could run away with it, but the race committee has plans.

But before we get there, let’s bring you up to speed with the essential details. Nine teams set off from the sprawling Sunsail base in Road Town, Tortola, on a sun-kissed Sunday morning for the first race of the series: an afternoon lap around Cooper and Salt Islands.

With the race committee posted off the northwest corner of Cooper, the winning strategy was easy: first to lay the top of the island on port was a goner. Some, like St. Petersburg challenger Gary Schwarting’s squad, attempted to win the pin but failed. Others, including Team Viper, opted for a more conservative mid-line start and seconds later were pirouetting their vessel on to port tack for a straight shot across the top of Cooper Island. And away they ran.

But back to the race committee’s plan: With such a diverse fleet of mix-sized charter boats, ranging in size from 45 to 50 feet, veteran PRO Dick Neville instituted what is informally known as the Dick Rule. At the end of the race, the winning boat’s time delta would be applied as a penalty the next morning. To reduce their penalty, Team Viper reached back and forth, teasing a finish, until the last second.

But Cedric Lewis’ savvy crew on Team Mirage, representing Annapolis, knew the loophole in Dick’s Rule. Instead of finishing, they bore away from the finish line and piled on the minutes. In the end, Team Viper got its win, but also a 5-minute start penalty for Leg 2 the following morning, from the Baths on Virgin Gorda to the reborn Bitter End Yacht Club.

The second start was a more casual reaching affair and Team Mirage got the jump with a perfectly timed Vanderbilt start and a clean lane to run with. Eastbound and off. Five minutes later, Team Viper started alone and over the next 12 miles or so picked its way through the fleet before engaging in a tacking duel as they entered the channel. After finally breaking free, Team Viper led by a good nautical mile until driving itself into a windless hole off near Saba Rock.

Taking advantage and finding wind on the opposite shoreline, Captain Steven Hosch and Team Omaha came storming in from the right and crossed the Vipers with a perfect layline to the finish. Unclear what exactly the finish line was, they sailed right past the pin, tacked and finished the wrong way. The win promptly went the way of the Vipers, and only after unwinding their string did Team Omaha finish behind Team Mirage. Nail biting stuff, indeed. 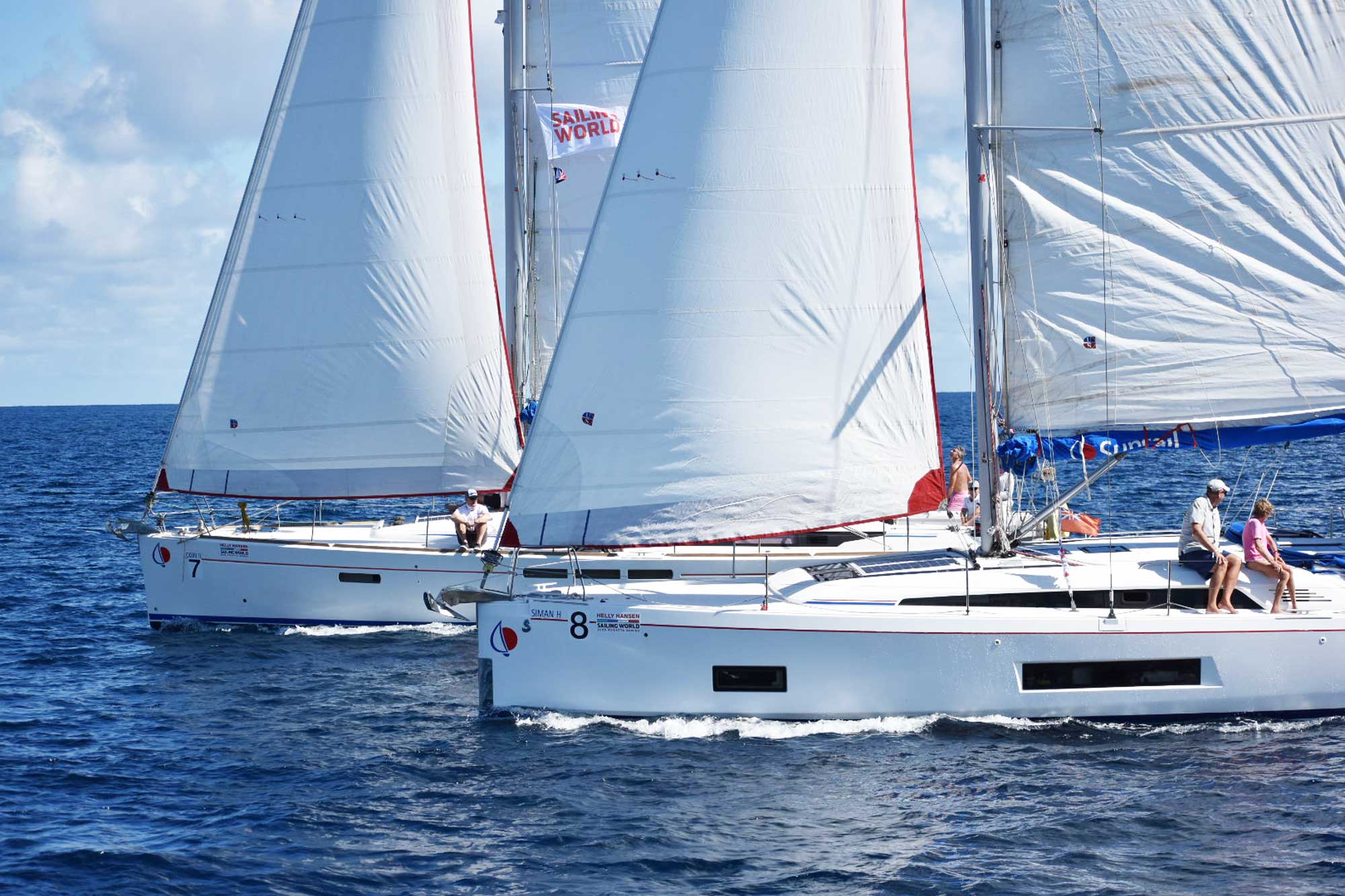 So the scores stand as follows for those following along: Team Viper/FNG is at 2 points and Team Mirage with 4. Rudolph Hasl’s Team Palaemon is hunting the lead with 7, Team Omaha with 9. David Baker’s Colorado-based Team Snipers is holding solid in mid-fleet with 10 points and from there it’s Chicago’s Team Mojo (11), The Starck family on PatStrong (13) and Schwarting’s Team Obsession with 16. The Crump Family’s team R80 is currently undefeated in the Cruising Division.

Racing resumes on Wednesday with Leg 3 from the Bitter End Yacht Club to Guana Island’s Monkey Point. In the meantime, the lay day shenanigans are about to get underway.