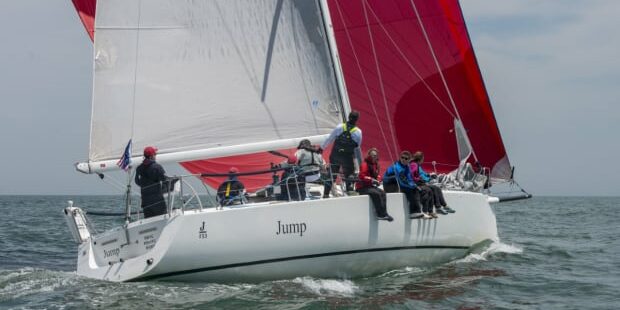 It’s been four years since racers last sailed the cold North Atlantic in the venerable Marblehead-to-Halifax race—and finally, the wait is over. The Boston Yacht Club and the Royal Nova Scotia Yacht Squadron have announced the 39th Marblehead-to-Halifax Ocean Race set for this July, resuming its previous biennial schedule. (Pro tip: enter before December 31 to get early-bird registration pricing.)

Begun in 1905, Marblehead-to-Halifax is one of the world’s oldest ocean races, taking sailors 363 nautical miles from Marblehead Harbor in Massachusetts offshore through often foggy, cold waters to Halifax, Nova Scotia. The start is set for July 9, and as of early December, more than 20 boats had signed up.

The last race was run in July 2019. The father-and-son team of Steve and Stephen Murray, sailing the modified Volvo 70 Warrior, won with a time of 40 hours and 24 minutes. A total of 66 yachts started the race and 49 finished.

New to this year’s race is the J/133 Jump, skippered by Chris Lund of Rye, New Hampshire. Lund served as an assistant sailing coach for the University of New Hampshire (UNH) and says his crew for the 2023 Marblehead-to-Halifax Ocean Race is almost exclusively UNH and UVM (University of Vermont) sailing alumni.

Rich Wilson, a veteran of two Vendée Globe solo nonstop around-the-world races, who now runs the Collegiate Offshore Sailing Circuit (COSC), said, “I was delighted to hear that the Marblehead-to-Halifax race is back. It is one of the few true bluewater races run in this country that provide invaluable experience for ambitious young racers who want to participate in some global races.”