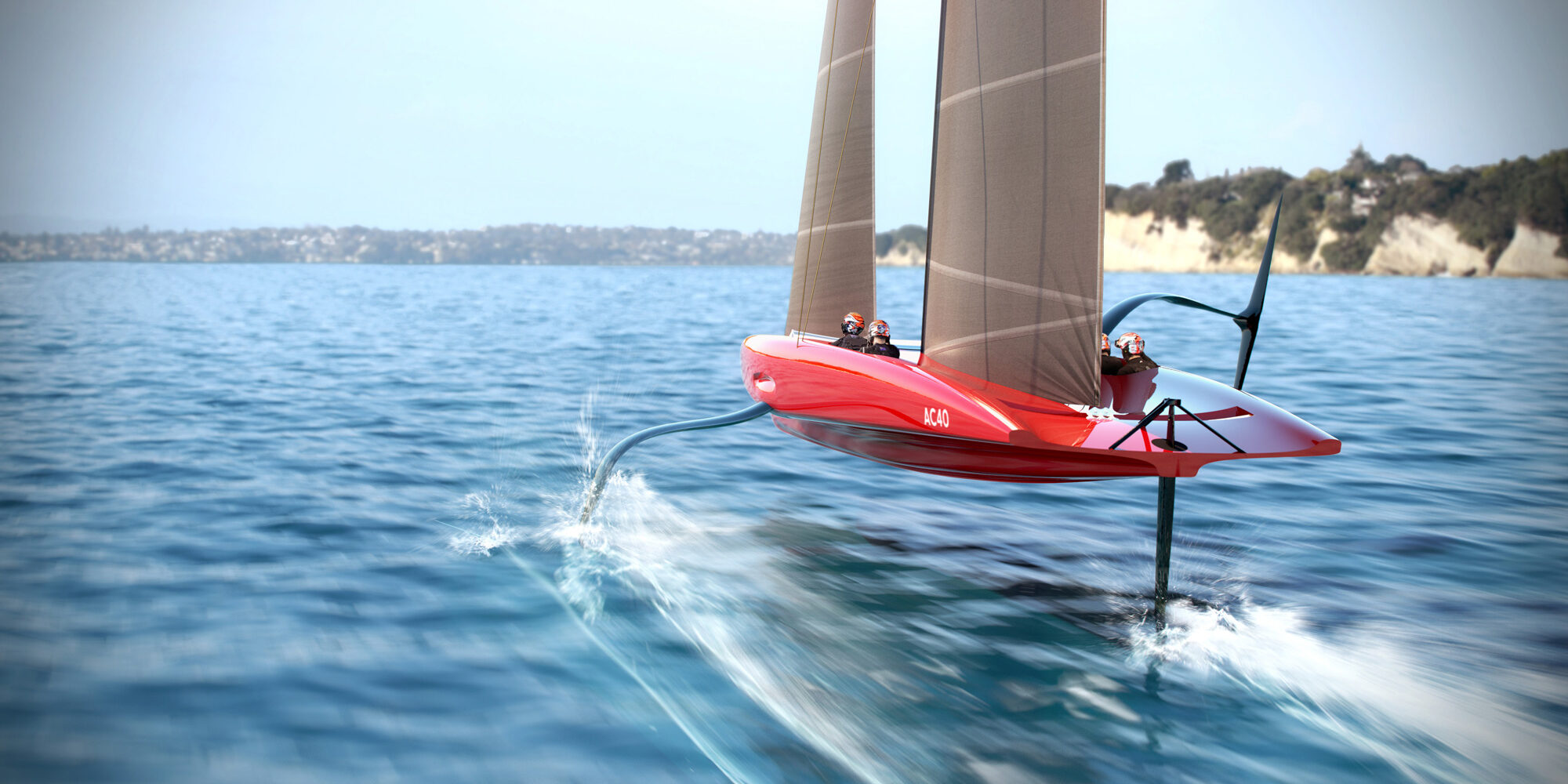 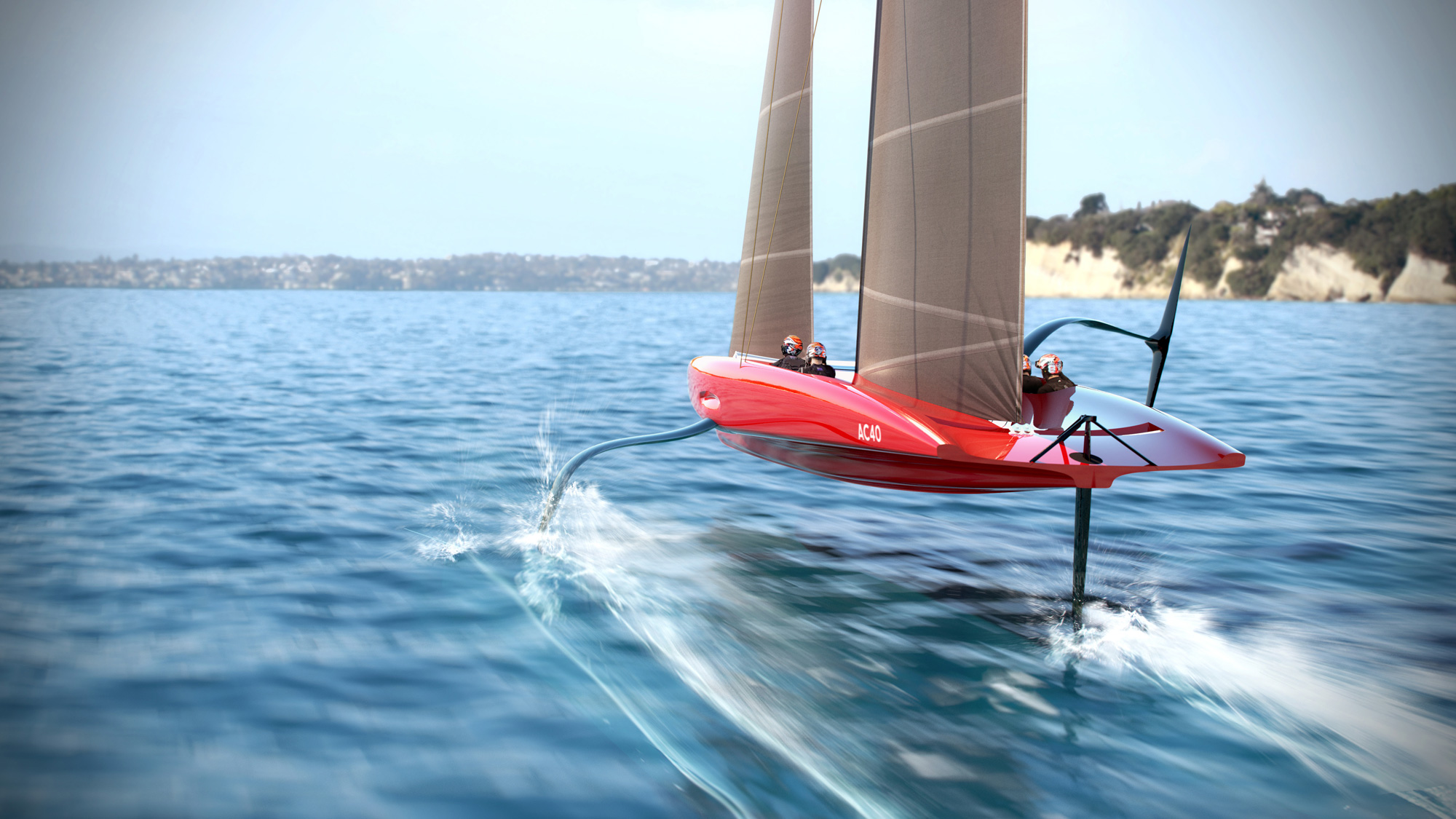 The competition for places onboard the Challenger and Defender yachts is extreme, and, in the past, the pathway has been varied. But for 2024, the game has changed, supported magnificently by the confirmed teams, it is aimed at encouraging the next generation of superstars into the white-hot auditorium of America’s Cup sailing.

In what is expected to be one of the highlights of the 37th America’s Cup, both the Women’s and Youth America’s Cups will be sailed on the America’s Cup racecourse off the Barcelona waterfront during the final stages of the Challenger Selection Series and the opening of America’s Cup Match itself.

Coming into the fold will be the very best female and youth athletes from around the world thrust into prime exposure at the venue and aired to a global broadcast across multiple platforms. The chance to shine, to create a buzz and light the pathway to the future of the America’s Cup itself, has simply never been brighter.

Speaking about the new formats, America’s Cup Event CEO, Grant Dalton enthused, “As we have always intended, the Women’s and Youth America’s Cup events are going to be major draw cards of the 37th America’s Cup, and we want to give them the exposure these athletes and teams deserve. It won’t just be the fans and audience who are watching these events, the teams themselves will be keeping a laser-focus on the emerging talent with an eye towards the make-up of their teams for the 38th America’s Cup.” 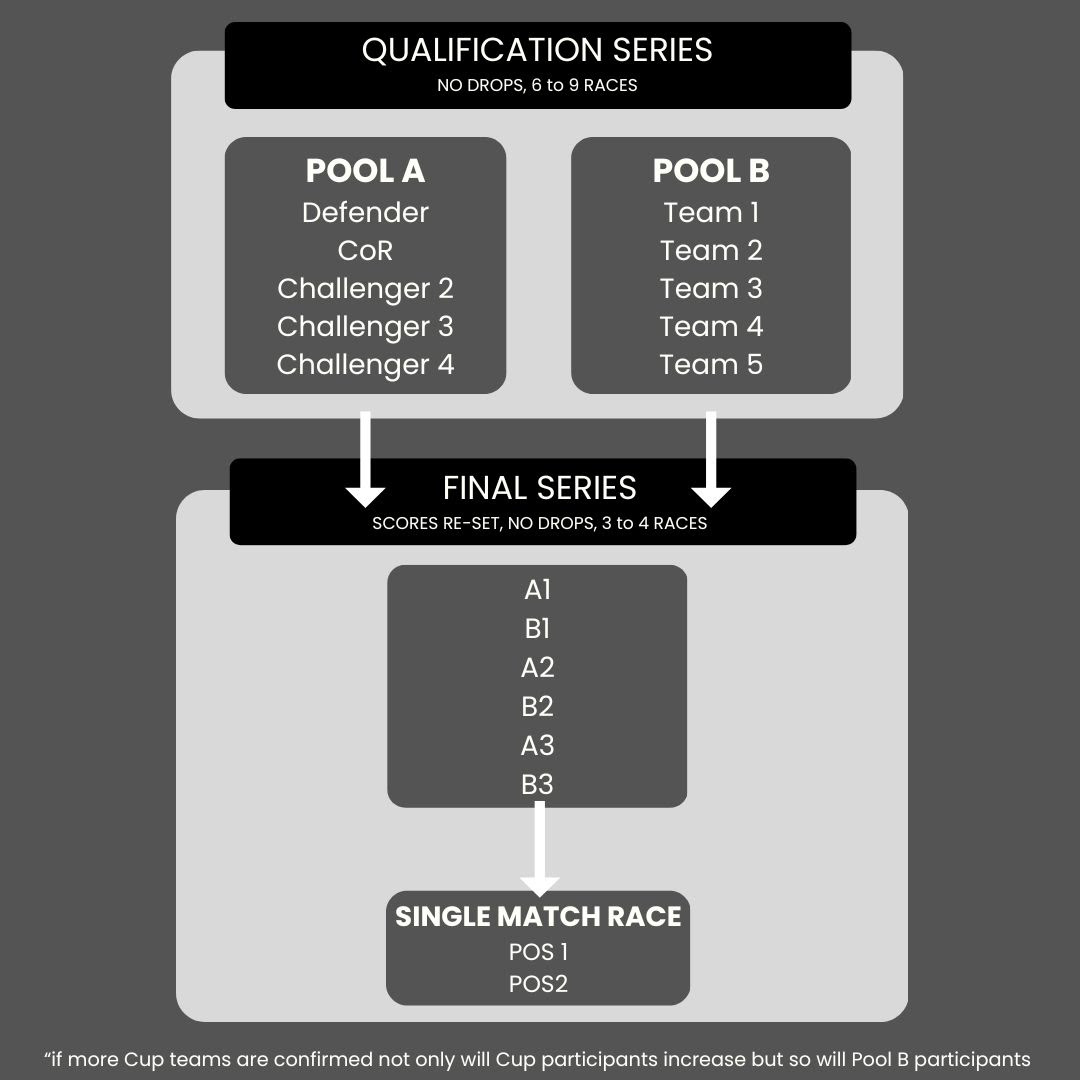 The qualification flow for the 37th America’s Cup Youth and Women’s regattas.

And indeed, the initial scheduling shows the Women’s America’s Cup Final Match Race being held on a Race day of the America’s Cup Match itself, guaranteeing prime-time exposure before the expected large crowds along the Barcelona waterfront and across the media platforms and broadcast.

More details of the format are now available with both Women’s and Youth America’s Cup regattas being contested between 12 teams split into two pools of six for an initial fleet race series. The first pool will be comprised of the teams entered and competing in the America’s Cup, the second pool will then be formed by the independent yacht club entries that qualify to enter under the nationality clause of the 37th America’s Cup Protocol.

Both pools will race a series of 6-9 fleet races with the top three teams from each pool progressing to the final series of 3-4 fleet races to decide the top two teams to compete in a single match-race final to determine the overall winners of each event. The variation between fleet and match racing will be a fascinating formula to play out with the very best emerging from the fleet racing to contest the winner-takes-all match race. Legends will be born for sure.

Racing will be in a fleet of six one design AC40s supplied by the America’s Cup teams. Off the water, a shared shore and technical support team will be provided by the organizers to facilitate cost savings and to ensure consistency across the fleet.

For the Youth America’s Cup, the crews can be made up of male, female or mixed crews all of whom are required to be aged 25 and under on the first race of the Match. There shall be no age restriction for the Women’s America’s Cup regatta.

The crew nationality requirements of the 37th America’s Cup Protocol shall apply for both regattas: 100-percdnt of the crew sailing each yacht in each race shall be nationals of the country of the yacht club that the team represents.

However, with a view to growing the sport globally and furthering its appeal to independent yacht club entries, a team may be considered to be from an ‘Emerging Nation’ or be eligible to receive a dispensation from the crew nationality requirements to allow a specific number of approved non-nationals to compete as crew onboard the AC40.

Entry criteria and expressions of interest will open to prospective teams on October 1, 2022, with significant global interest already registered. Teams are beginning to form over the northern hemisphere summer with foiling and high-performance talent being courted and much in demand.