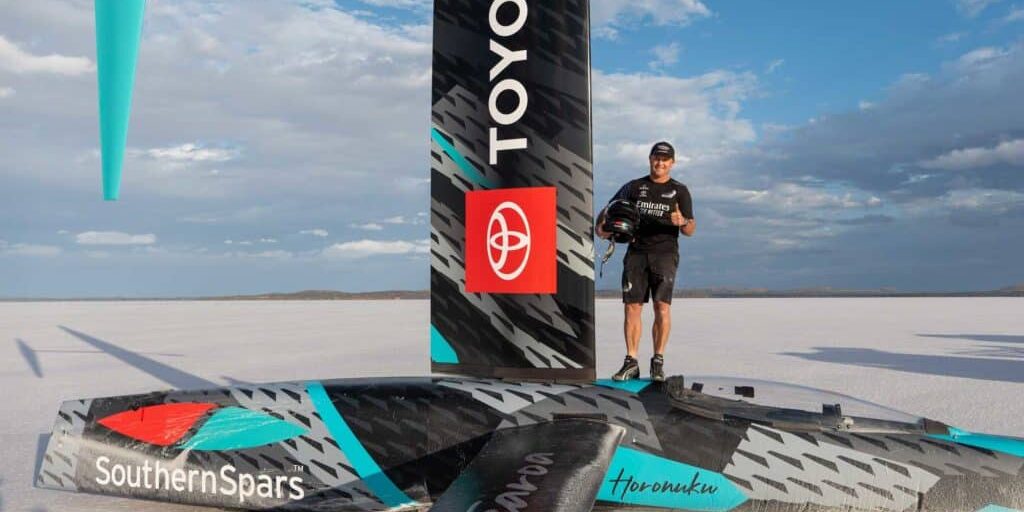 ‘Horonuku’ named by Ngāti Whātua Ōrākei meaning ‘gliding swiftly across the land’ did exactly that and was clocked at 222.4km/h (138.1 mph) in 22 knots of windspeed on Lake Gairdner in South Australia.

Pilot Glenn Ashby was clearly happy with the run, but also tempered with the knowledge that Horonuku can go much faster. “The team and I are obviously buzzing to have sailed Horonuku at a speed faster than anyone ever before—powered only by the wind,” Ashby said. “But in saying that we know Horonuku has a lot more speed in it when we get more wind and better conditions. So, for sure there is a cause for a celebration, but this isn’t the end.”

From initial idea and the beginning of this world record attempt, which was pushed and supported by Grant Dalton, Matteo de Nora and the rest of the team at Emirates Team New Zealand, the objective has never been about just beating the record, it has always been about pushing things to the limit and going as fast as we possibly can. We know we can go faster, so we plan to.”

Before the 222.4km/h speed is declared official there is a stringent verification process that needs to be conducted in accordance with the international governing body FISLY (Federation Internationale de Sand et Land Yachting) for the new world record speed to become ratified. 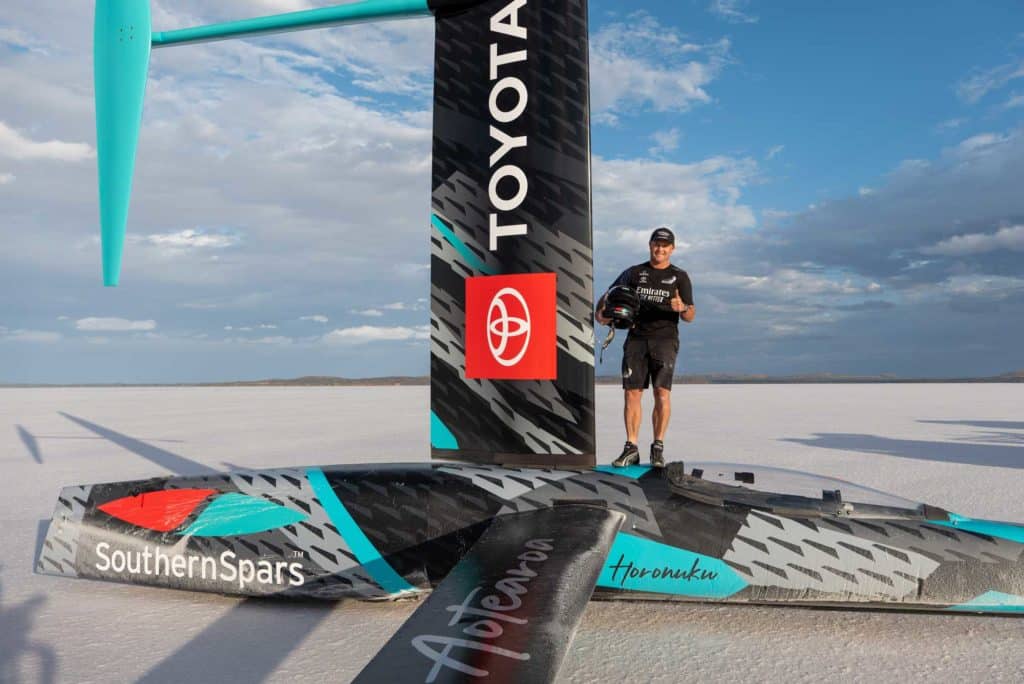 Horonuku pilot Glen Ashby was happy with the new record and confirmed there is more speed yet to find in the craft, but the window has closed for now. Emirates Team New Zealand

There has been an independent FISLY approved judge on the ground at Lake Gairdner to witness and verify the run, the GPS recording from Horonuku and all other mandatory requirements of a record attempt – and must submit all related data to FISLY within 48 hours

Horonuku is fitted with an approved GPS which records survey grade, differential GNSS (Global Navigation Satellite System) data which provides 21 data points over the two second record period. Each of those data points supplies a position estimate accurate to around 10mm. This will deliver an average speed over two seconds the result of which will be directly comparable to that of the standing record of 202.9km/h recorded by Richard Jenkins on March 29th 2009, a record which has stood for over 5,000 days.

“The Land Speed project has been a new opportunity to push the boundaries in aerodynamics, structural forces, construction methods and materials fields,” said Emirates Team New Zealand Principal Matteo de Nora. “What is often underestimated is that the technologies we explore in challenges like this—or in an America’s Cup campaign—are ultimately the foundation of tomorrow’s technology. Being ahead of the times in technology is what fascinates about all the challenges faced by the team so far.” 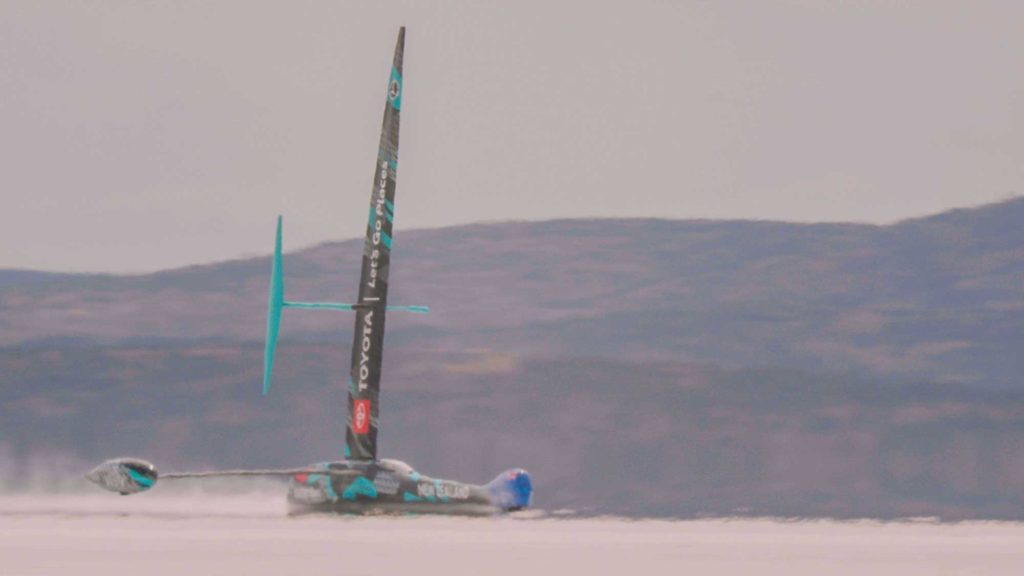 The high speed runs by Ashby and the team comes after a frustrating few months of weather delays at the Lake due to unprecedented rainfall and surface water leading to delays in the program, and the weather forecast for this weekend was equally as challenging with significant wind direction changes and the dreaded threat of rain and thunderstorms.

“As a team we have been hanging off every weather update from Clouds [meteorologist Roger Badham] all week, so have been doing everything possible to be ready for the small windows that present themselves to us. What originally looked like a good 20-22 knot day all day Saturday ended up not delivering the winds we needed,” Ashby explained.

“With rain in the surrounding area, and less wind in the foreseeable forecasts after Sunday we were running a fine line. So, the fact we have managed to thread the needle and do a few record runs is especially satisfying. But one thing that we have always understood and has been abundantly clear, is that no matter how prepared you are, you cannot achieve a result like this without an amazing team around you and a little help from Mother Nature.”

Now the team has passed the previous record speed and is confident that with more wind Horonuku has the ability go even faster, the team will take a break and await a perfect forecast to have another run.

In the absence of any more breeze in the foreseeable future and Christmas just around the corner that is likely to come in 2023.