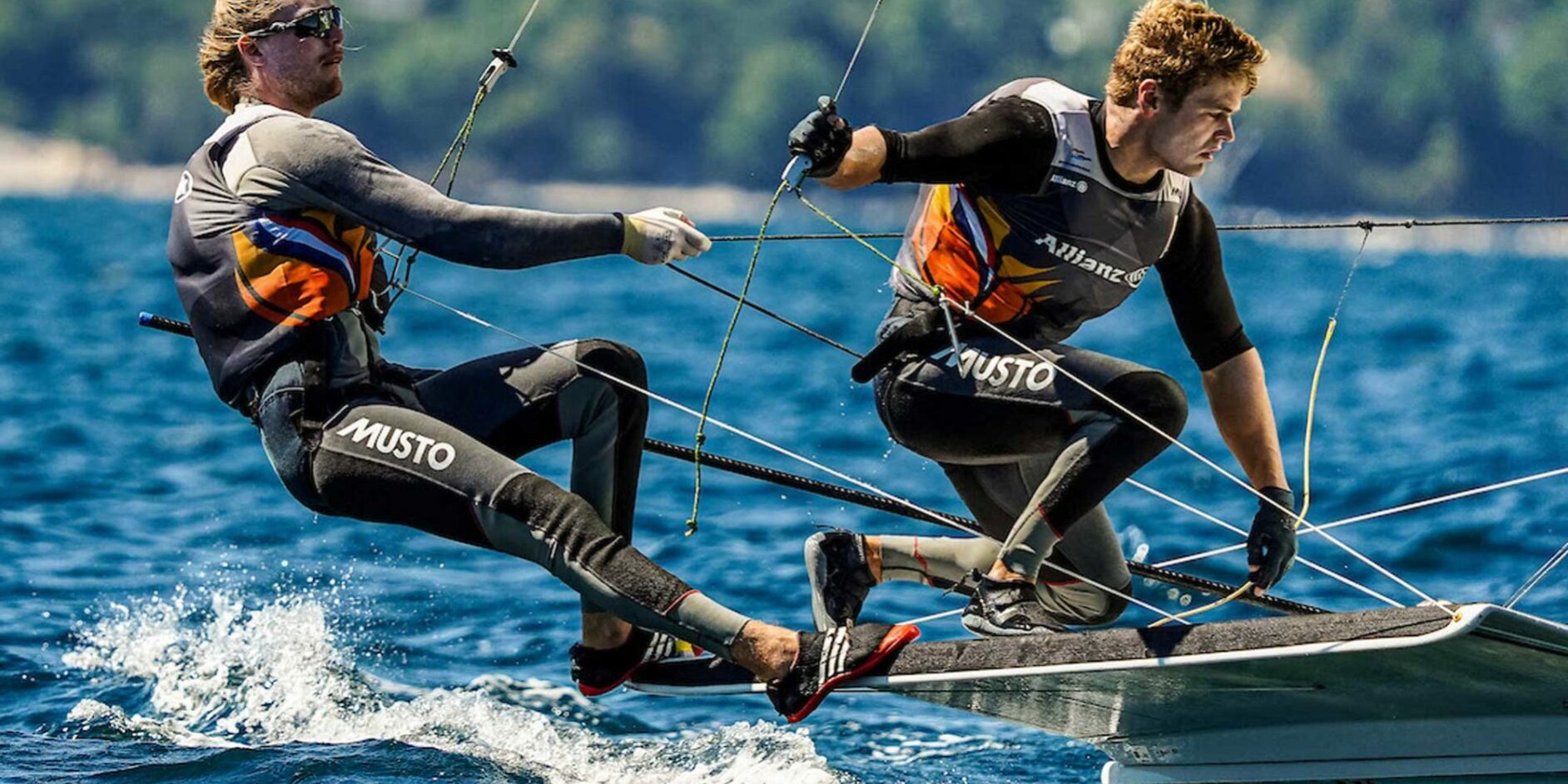 Odile van Aanholt and Annette Duetz, of the Netherlands, secured the 2022 49erFX World Championship in Halifax, Nova Scotia, over the weekend. In the medal race, the Dutch pair outdueled the Swedish challenge from Vilma Bobeck and Rebecca Netzler who took the silver. Twice winners of the 49erFX World Championship from Spain, Tamara Echegoyen and Paula Barcelo took the bronze medal.

There was only a 5-point gap between the protagonist teams at the start of the medal race, but the Swedish got caught out by a sudden left-hand windshift with just 5 seconds to the start gun. What had been a perfectly judged approach to win the pin end of the line turned into a Swedish scramble to gybe around and salvage some kind of start behind the fleet on port tack. The damage was done and it proved impossible for the young Swedes to mount a comeback in the light winds.

Van Aanholt and Duetz maintained their composure to move all the way up the fleet to third in the medal race, and the overall result was never close after the first mark. Van Aanholt won both the 2021 World and European titles, each with different crews but paired up with Duetz to start the 2022 season. With this victory, van Aanholt repeats as world champion while Duetz wins her third 49erFX world title, the most of any sailor.

Bart Lambriex and Floris van der Werken, of the Netherlands, secured their second straight 49er world title. The Dutch pair had a strong score line heading into the final race, making their lead mathematically insurmountable. Attention in Sunday afternoon’s 10-boat medal race therefore turned to the battle for silver and bronze. The outcome was uncertain until the end, but Diego Botin and Florian Trittel, of Spain, did just enough to win silver by 2 points, with Croatian brothers Sime and Miho Fantela earning the bronze in a tense fight with New Zealand and Poland. 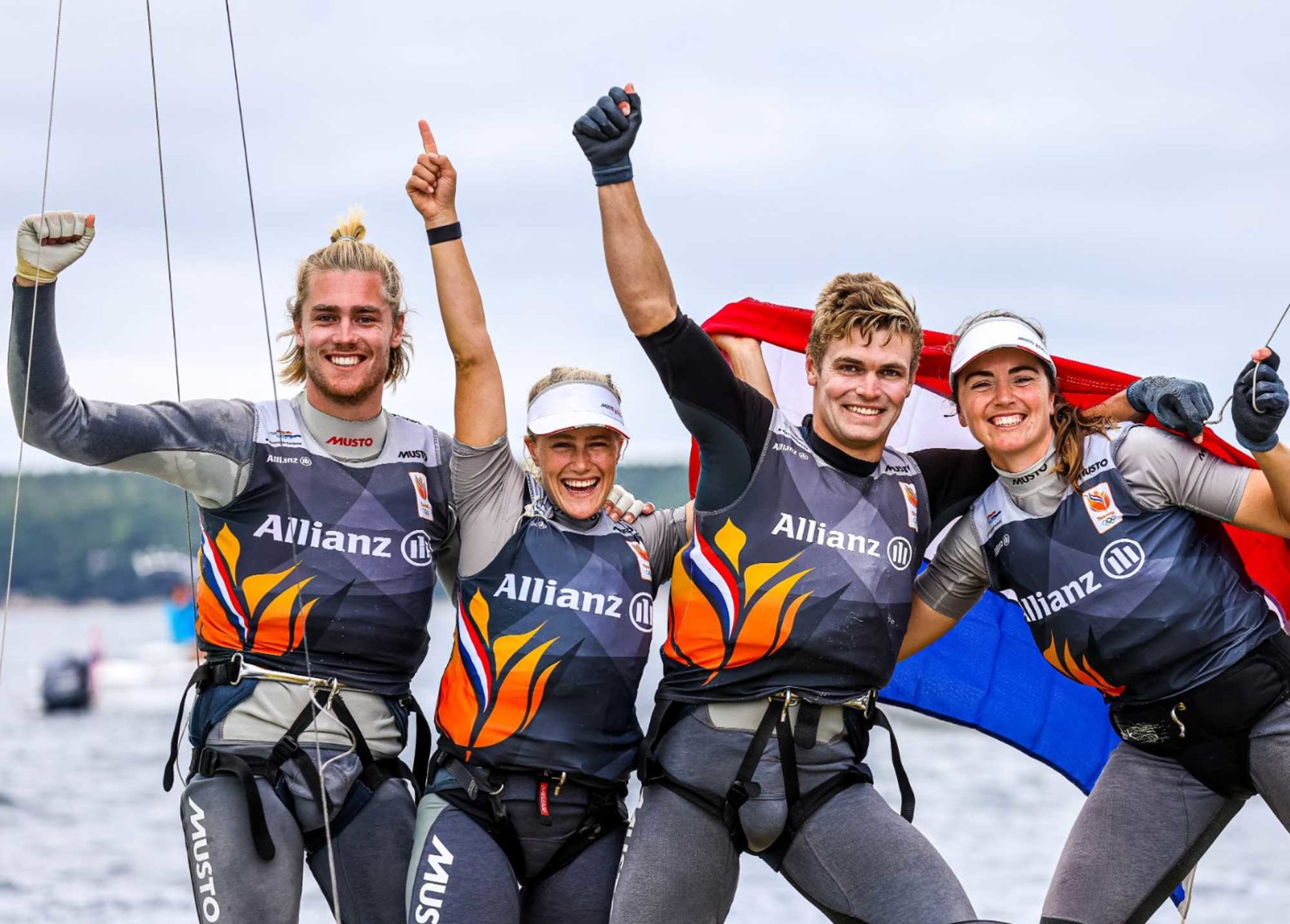 After completing the Tokyo 2020 Olympic campaign, Lambriex went his separate ways with former crew Pim van Vugt to team up with van der Werken. They have since gone on to win the 2021 world title in Oman and now in Nova Scotia in 2022. The Dutch showed few weaknesses on St. Margarets Bay, sailing incredibly consistently across a broad range of conditions. 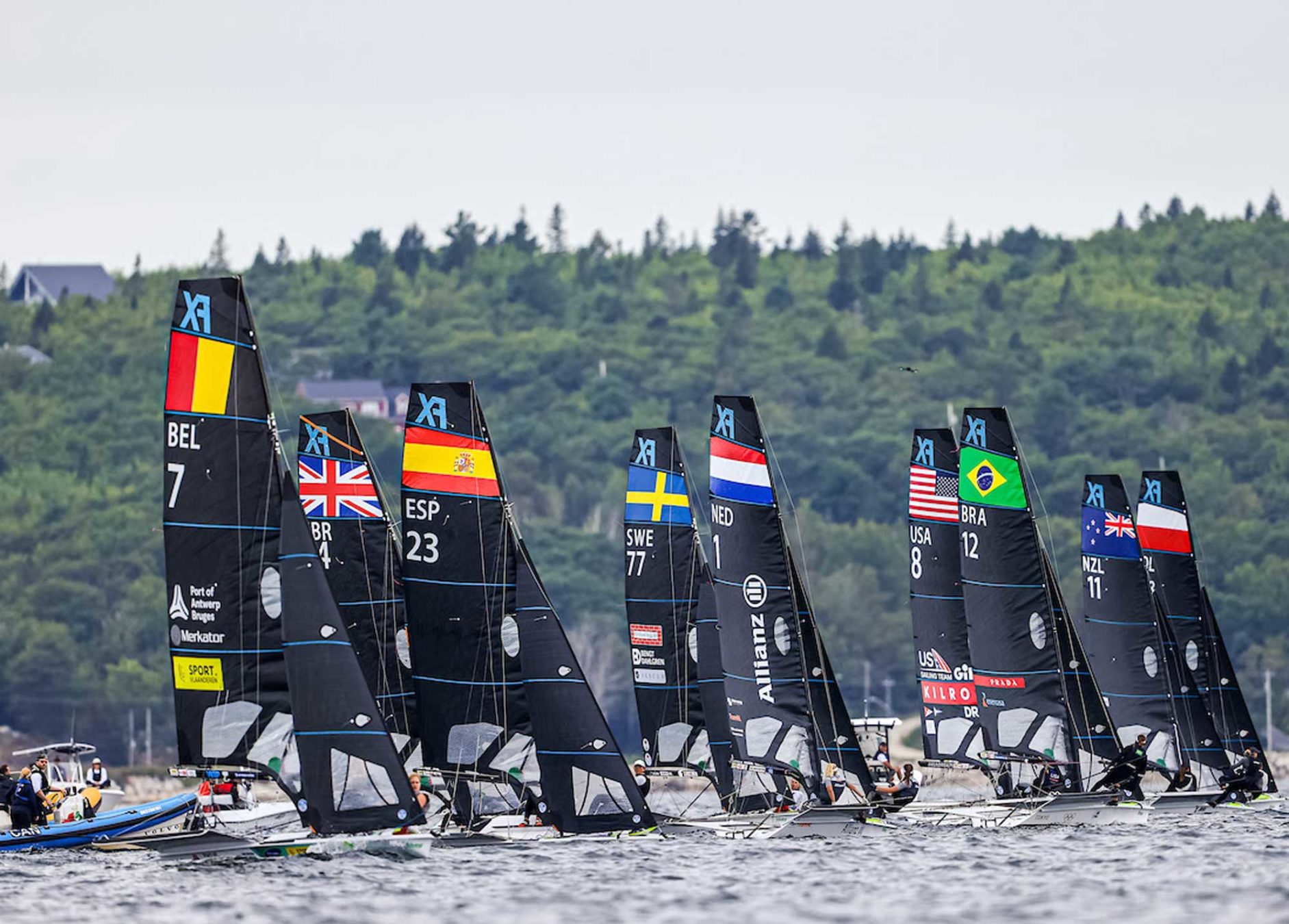 Can they go on to be as dominant as Pete Burling and Blair Tuke, of New Zealand, who retired from 49er competition after six world titles and a gold and two silver medals at three successive Olympic Regattas? Too early to tell, and there are plenty of high-quality teams breathing down their necks, not least the Spanish and Croatians who scooped the other medals in Nova Scotia.

The impressive performance of the 2022 World Championships in Halifax was easily that Nacra 17 sailors Ruggero Tita and Caterina Banti, of Italy, who won 14 of 16 fleet races, winning the title before the medal race was sailed. It can’t be denied that, as Australian coach Darren Bundock put it, the pairing is a “class above” the rest of the world. 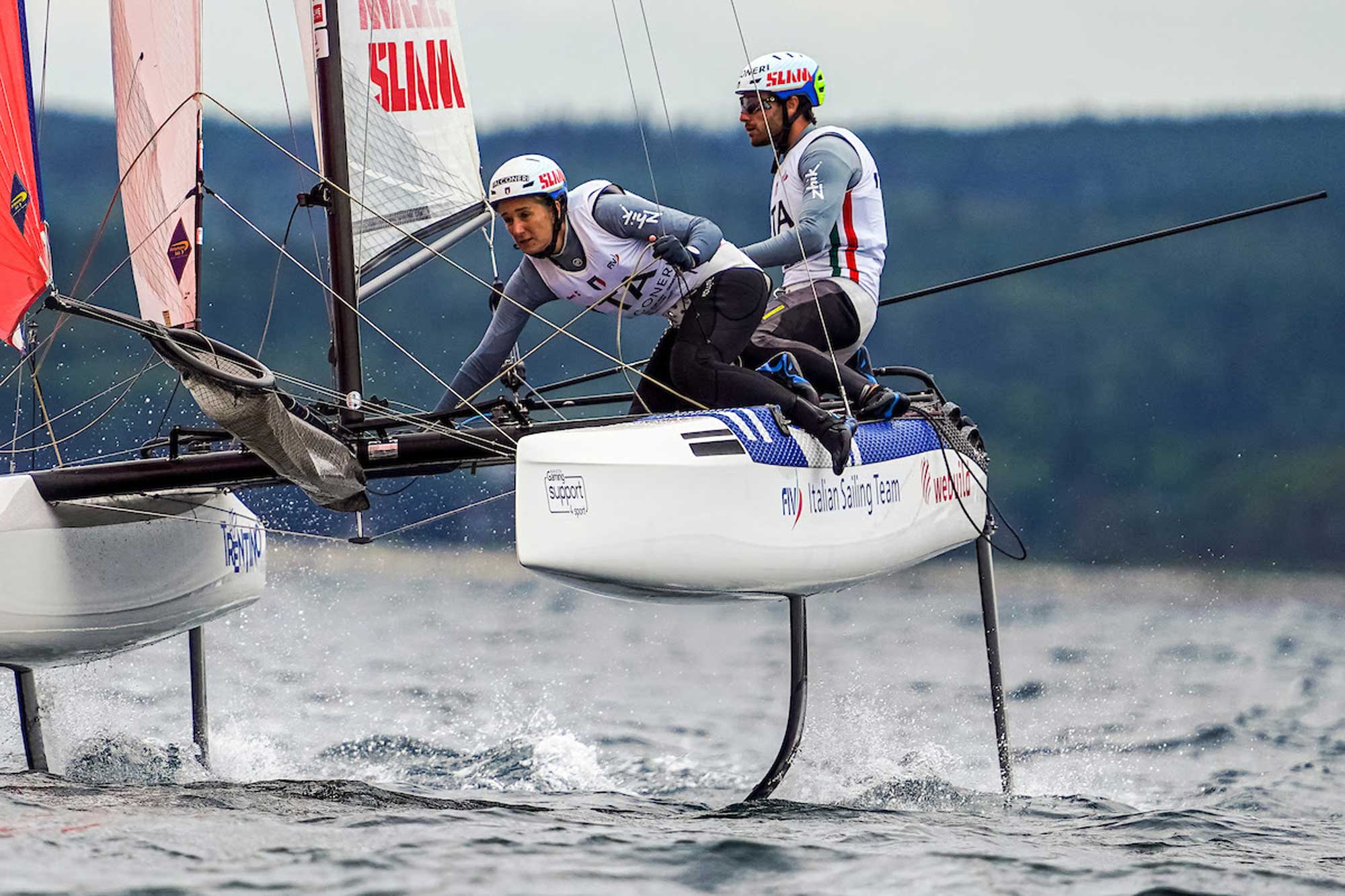 “Today there wasn’t much emotion,” said Banti, after being hugged by competitors. “We knew we had the championship. We have just been focusing on enjoying our race.”

Silver medalists Gianluigi Ugolini and Maria Giubilei, who have been second now in two world championships in a row, certainly have made a step closer to this excellent level. But even this team that trains with the champions were in awe. “They are really strong, really fast, they are super,” said Ugolini, shrugging his shoulders with a smile. “We train together. We finished first and second. So, it works.”

Tita made sure to note that they are pushing forward despite their unprecedented string of wins, a statement that puts the rest of the World’s fleet on notice that the hill to the top will only get steeper in the following months. “We already have a big list of things to try and to do,” said Tita. “It’s going to be a busy winter.”

Heading into the Northern Hemisphere winter, each of the top teams have a staggeringly long break between major events with only the Princess Sofia Trophy in Palma, Spain, in early April as a target. The new Nacra 17 articulating rudders were given to the sailors just before the 2022 Palma regatta and changed the face of racing in the class opening minds and possibilities with full upwind foiling.

With a winter of isolated training, it’s anyone’s guess how big the gains will be on the race course or who will bend their minds and find new gears and paths to leap-frog the gold standard set this year by the Italian teams.