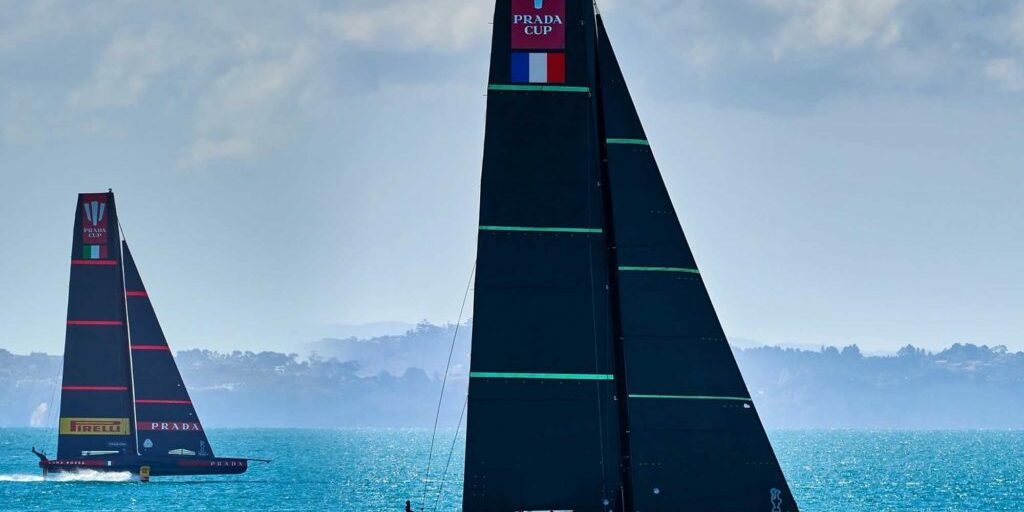 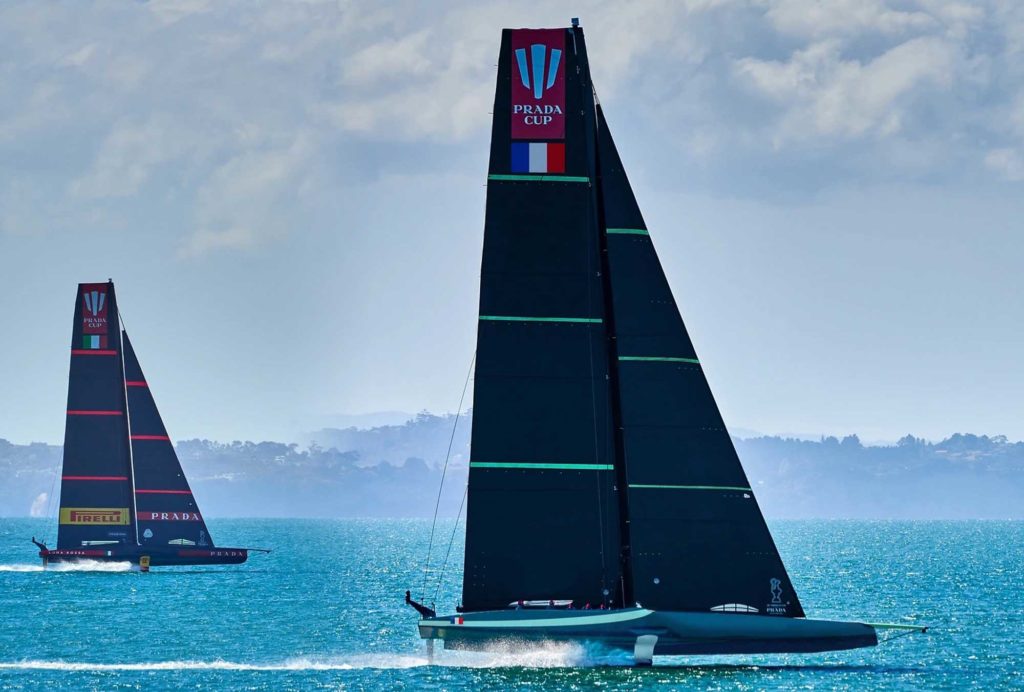 There’s a hint of what’s to come from the French K-Challenge website teaser image, with a mockup of an AC75 resembling that of INEOS Team UK’s from AC36. Courtesy K-Challenge

As the 37th America’s Cup inches closer to the first races of the October 2024 match, the coming months will see accelerated activity the camps of defender and challengers alike, the latter of which has now grown to five with the New Year’s announcement of a French challenge that will compete under the burgee of the Société Nautique de Saint-Tropez.

The K-Challenge Racing team is led by Stephane Kandler and Bruno Dubois, both veterans of the Cup and professional sailing team management. K-Challenge last campaigned for the Cup in 2017 in Valencia as Areva Challenge, where it was eliminated in the Louis Vuitton Cup’s semifinals.

According to an America’s Cup statement earlier this week, the French challenger was accepted by the Royal New Zealand Yacht Squadron in 2022, presumably during the “Entry Period,” but the announcement was delayed while the challenger got its house in order. More details regarding the personnel and sponsors are forthcoming. “We have been working behind the scenes for almost a year now and we are going to announce great things by the end of this month,” said Kandler, the team’s CEO.

“It is great to have the French now back in the America’s Cup as the 5th Challenger,” said Grant Dalton, CEO of AC37 Event Limited Grant Dalton, “and one that will no doubt bring a lot of typical character and flair to what is lining up to be a stunning event in Barcelona. France is such a prominent sailing nation but despite this, it is not a small undertaking to get an America’s Cup team up and running so I congratulate Stephane, Bruno and the Société Nautique de Saint-Tropez who have been working away tirelessly to get to this point.”

While the four active challengers of Alinghi, INEOS, Luna Rossa and American Magic are well down their sailing and development paths, the French challenger is expected to pull from the talent of the French SailGP squad. As a “New Competitor” under the Protocol, K-Challenge has already missed the opportunity granted to such new teams to sail a Version 1 (legacy) AC75 in 2022 (like Alinghi Red Bull Racing), and with its late entry, the French team would be assigned the last remaining Barcelona base area, located on the outskirts of the port and outside the America’s Cup Village proper.