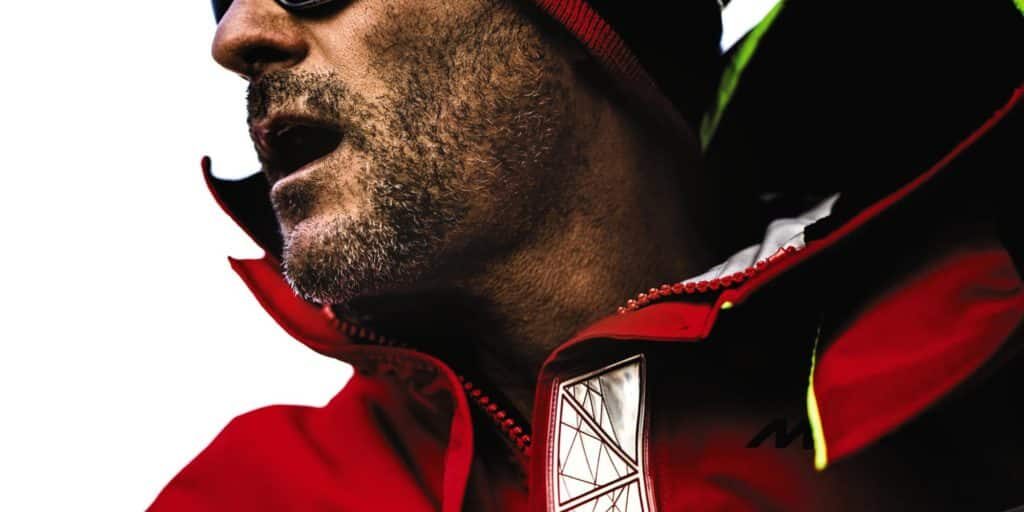 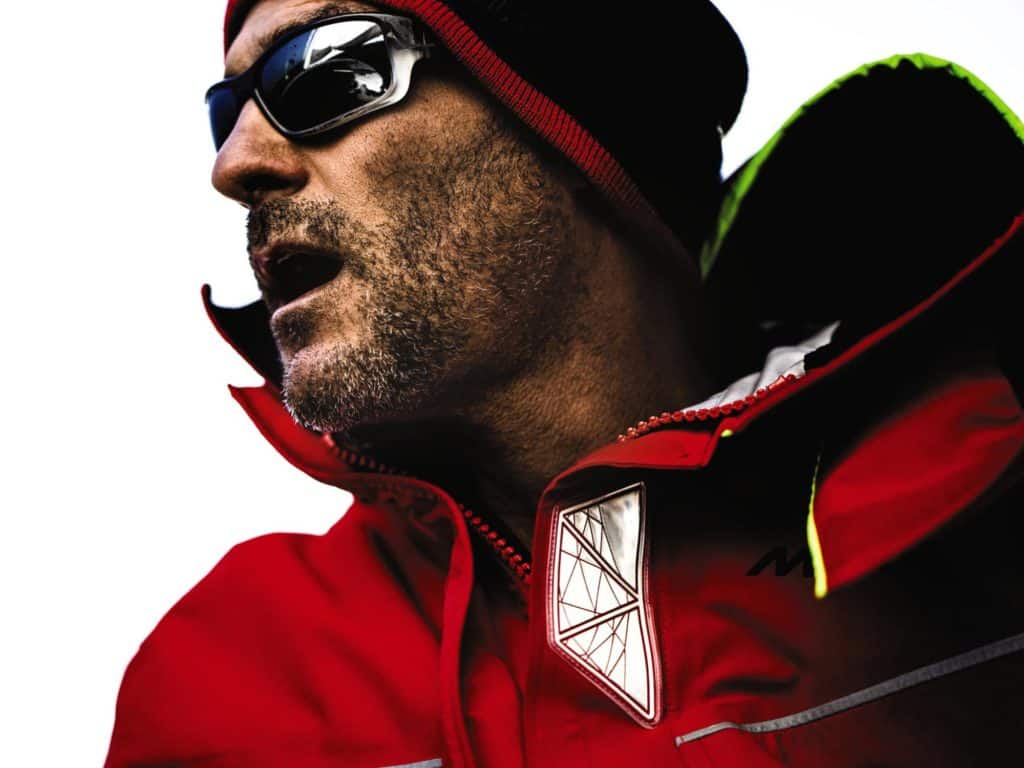 Ronnie Simpson’s mission is entry into the Vendée Globe, but he must first complete a circumnavigation and secure financing to procure an IMOCA 60. Jon Whittle

Ronnie Simpson—brimmed hat ­backward, eyes forward, a light touch on the tiller extension of his borrowed Open 50 Sparrow—is in his element. It’s a radiant September day with a pumping south­westerly raking Rhode Island Sound, and I’ve joined a pickup crew for a shakedown sail aboard the spartan 50-footer that he is just starting to get a feel for. “Learning,” he says repeatedly. “That’s what we’re doing here today. Learning.”

Sparrow is the latest handle for the well-traveled 50-footer, which began life as Newcastle Australia when Aussie Alan Nebauer commissioned it for the 1994‑95 BOC Challenge; it was rechristened Balance Bar after American Brad Van Liew took it for a second around-the-world spin in the Around Alone race four years later; it became Pegasus when tech mogul and sailing enthusiast Philippe Kahn took command shortly thereafter; and, ultimately, it was dubbed Sparrow after Simpson’s friend Whitall Stokes acquired it. Stokes still owns it, but he has basically given the keys to Simpson; the pair met while competing in the 2012 edition of the Singlehanded Transpac Race from San Francisco to Hawaii.

With Stokes’ blessing, Simpson has launched a bid to race Sparrow in the upcoming Global Solo Challenge, an eclectic, nonstop, singlehanded around-the-world contest scheduled to begin from A Coruña, Spain, in September 2023. For Simpson, however, racing in the GSC is hardly the point of the exercise—far from it. No, he is very clear this is a steppingstone to a much larger goal: to fulfill his longtime dream of nailing significant sponsorship for a full-on Vendée Globe campaign on a competitive IMOCA 60.

“If I’m being honest, I’m in way over my head financially,” Simpson tells me before we set sail. “I’m rolling the dice in a really huge manner. If doing (the GSC) on an Open 50 was the endgame, I probably wouldn’t be here. I consider this my shot for the Vendée. I don’t know why I’m so driven to do that race, but I wake up every day and I want to do it, and I go to sleep every night and I want to do it.”

Sparrow has a long and well-traveled history, but it pales to Simpson’s personal odyssey. Now 37, he has sailed more than 130,000 nautical miles and worked professionally as a racing sailor, delivery captain, charter captain, sailboat rigger and race-boat preparateur. Which is saying something, since he admits, “I never sailed a boat a day in my life until I was 23.” Which may never have happened had he not joined the Marine Corps and been nearly blown to bits in the Iraq War.

Which, indirectly, is how and why I met the man. A talented writer, long after his service he began submitting sailing articles to the magazine I was then working for, Cruising World, and I became his editor. His early submissions were pretty straightforward voyaging yarns, but his first major feature was a blockbuster, flagged on the publication’s November 2015 cover with this title: “From Fallujah to Fiji: An Iraq Veteran’s Odyssey of Redemption.”

A summary: Caught up in the patriotic fervor following 9/11, nine days after graduating from high school in Atlanta, Georgia, Simpson enlisted in the Corps, and on June 30, 2004, he was riding in a Humvee outside Fallujah when it came under heavy fire and a rocket-propelled grenade detonated just yards away. Simpson sustained major impact injuries to his body, brain and eyes, and inhaled enough of the explosion’s rapidly expanding gas to shred his left lung. He was put into a medically induced coma and woke up 18 days later—in San Antonio, Texas. He spent the next three years there, more or less recovering, but also feeling aimless and “unfulfilled.”

“I was rolling the dice in ways they should not be rolled,” he wrote. “Then one night, I discovered sailing on the internet. Within 90 days, I’d dropped out of college, quit my job, sold my house and, for $30,000, bought a 41-foot bluewater cruising boat in San Diego and moved aboard. I’d never before set foot on a sailboat, but I was resolved to sail around the world.”

In October 2008, he set forth by ­himself, bound for Hawaii. A little over a week later, he was rolled by Hurricane Norbert. He abandoned the boat and was picked up by a freighter that deposited him in the Chinese port of Shanghai. (“Twenty-one days across the Pacific!” he said.) He was out a boat, but he was also outward-bound on a cleansing adventure, which continued over the next seven months on a 9,000-mile bike trip through nine countries in Southeast Asia. For much of it, all he thought about was the Vendée Globe.

In August 2009, he flew back to California with $500 in his pocket and a single obsession in his mind: to race across oceans alone.

For $1,000, Simpson found a Cal 25 for the 2010 Singlehanded Transpac. Fatefully, a Vietnam veteran named Don Gray, who ran a nonprofit for wounded vets called Hope for the Warriors, offered him the use of his Mount Gay 30 for the race, which Simpson gratefully accepted. A repeat arrangement on a second boat called Warrior’s Wish, this time a Moore 24, was procured for the 2012 race (where he met Sparrow’s Stokes, then sailing a Tartan 10), aboard which Simpson won his class by a mere 90 minutes.

Next, he wrangled a writing assignment to cover that year’s start of the Vendée, and afterward traveled to Switzerland in hopes of making contacts to at least score a used Open 60 for the event’s next running. But he realized for the time being that raising the funds was a bridge too far, and he was itching to keep sailing. Returning to Hawaii, he landed a gig delivering a cruising boat back to the mainland, and then plonked down four of the five grand for a Cal 2-27 he found in Seattle that he named Mongo. He slapped on a solar panel and wind vane, and pointed the engineless 27-footer into the Pacific. 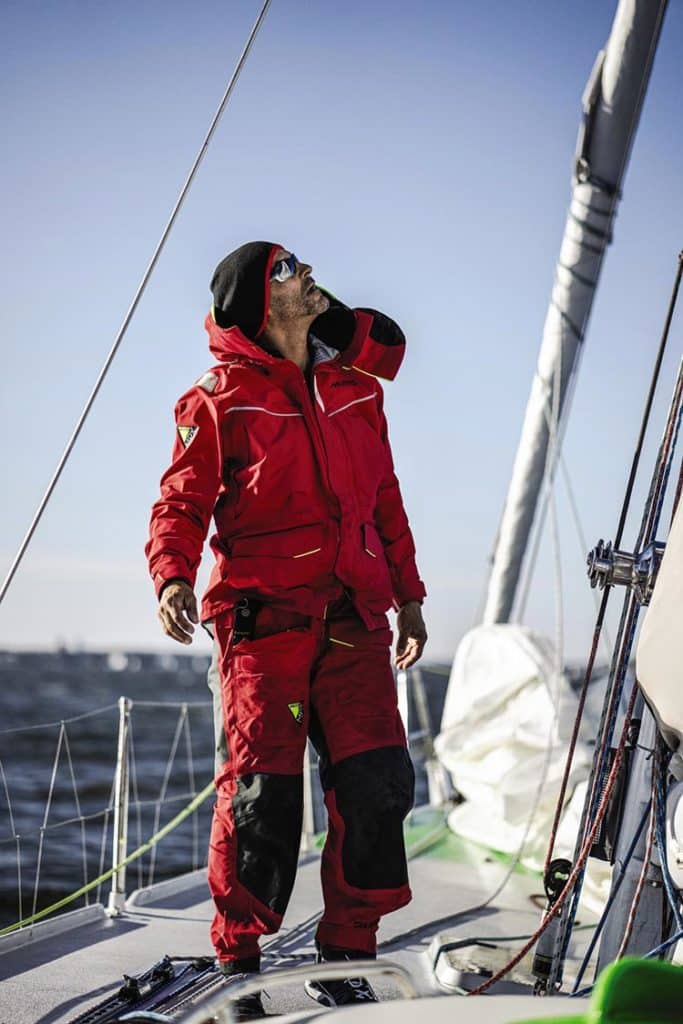 Simpson’s Open 50, Sparrow, was built for the 1994 BOC and will require an extensive refit before next fall’s Global Solo Challenge. Jon Whittle

On his approach to Fiji in that summer of 2014, he notched an important anniversary. Precisely 10 years earlier, he had nearly lost his life in the desert. From Fallujah to Fiji indeed.

For the next several years, Simpson used both Fiji and Hawaii as bases of operation, surfing as much as possible. He upgraded his ride to a Peterson 34 called Quiver and continued to cruise the Pacific. Using the GI Bill, he earned his undergraduate degree in multimedia from Hawaii Pacific University. He handled press duties for events like the Pacific Cup and Transpac, and continued delivering yachts and racing offshore. Most importantly, he launched a business in Fiji running day charters and offering other watersports for the tourist set, which looked like a long-term plan for funding a Vendée campaign.

Until COVID-19 hit, and that scheme came to a sudden, crashing halt.

Simpson’s one tangible asset was Quiver, which he described as “all my eggs in one basket.” There was, however, no possible way to sell it in Fiji during a pandemic, so he hopped aboard, sheeted everything home, and spent 29 days hard on the trade winds to reach Honolulu, where he sold the 34-footer for $30,000. After yet another delivery to the mainland and a stint back in Hawaii running charters and earning his captain’s ticket, he flew to Los Angeles. There, he purchased a Peterson-designed Serendipity 43 cruising boat and signed up for the Baja Ha-Ha Cruisers Rally from San Diego to Mexico. His new plan was ultimately to return to Fiji and employ his new boat to relaunch his charter business.

And then he got that fateful call from his old mate, Whitall Stokes, and everything flew out the window.

Stokes had spent a good stretch of the COVID-19 years on his own excellent solo adventure, sailing Sparrow from the Pacific to the Atlantic via Cape Horn, a 17,000-­nautical mile voyage that concluded in Portland, Maine, at the Maine Yacht Center, a boatyard well-known in shorthanded circles for its exceptional refits and maintenance work. Stokes then put the boat up for sale. But finding scant interest, he decided to see if one of his mates might be interested in campaigning it. His first call was to Ryan Finn, fresh off a record-setting trip from New York to San Francisco on his proa, but he was already involved in another project. The second call was to Simpson, who did not need to be asked twice. “I immediately just said, ‘Yeah, I’m into it,’” he said.

Right off the bat, Simpson sold the Serendipity 43 and launched a GoFundMe page that raised nearly $15,000 in a matter of hours, money that went directly into promotion and a website (ronnie​simpson​racing.com). He sailed to Newport, where we spent that epic afternoon putting Sparrow through the ringer, and then on to Annapolis, Maryland, for the US Sailboat Show, where he again put the boat on display. He scored some important sponsorships with New England Ropes, Ronstan and Wichard. He caught a plane to Amsterdam for the gigantic Marine Equipment Trade Show, the necessary hustle now in full flight.

What’s next? On to the Caribbean for a fully crewed entry in the Caribbean 600, then a qualifying Transatlantic sail to France, and the GSC in September, a unique event with a rolling start over 11 weeks for singlehanded boats from 32 to 55 feet. Hopefully, a tremendous race result attracts the notice of a deep-pocketed sponsor wishing to back a tenacious American competitor.

“I’m going to really try making this into a professional campaign,” he tells me. “I want to take everything I’ve learned from the French professionals and try to emulate that. I’m so incredibly grateful to Whitall for giving me this opportunity. Sometimes I curse him because it’s so stressful, but I’m just joking around. I’m so grateful.”

You could certainly say, in this latest chapter of what’s already a remarkable life story, Ronnie Simpson has hit the ground running. But the truth of the matter is, from the moment he landed at Marine Corps Base Camp Lejeune as a raw teenage recruit, he’s never, ever stopped pounding the pavement. That is a good thing because he has now stepped off on the ultramarathon of his life.