Speed in The Bag With Tiwal 3R 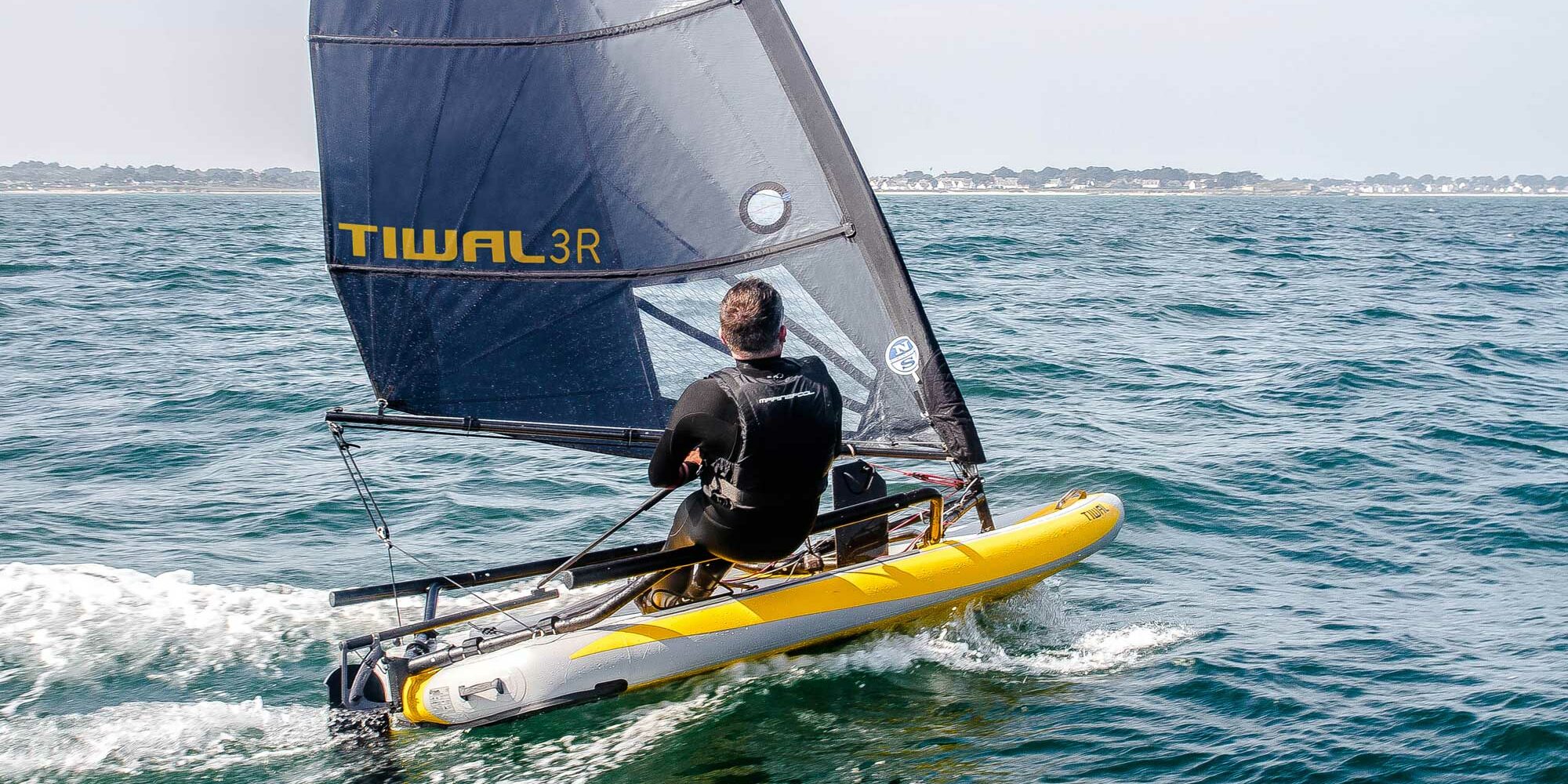 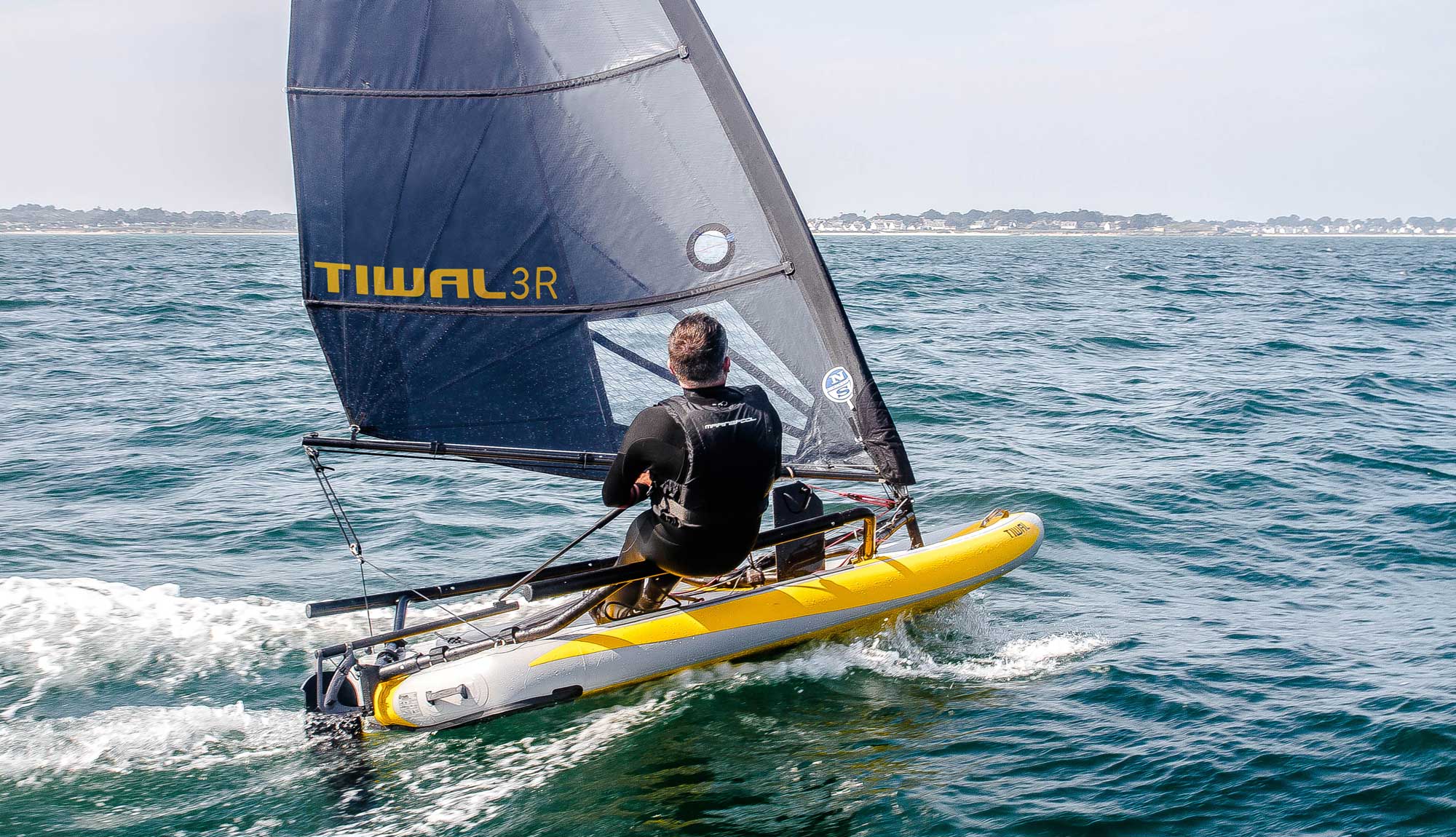 “What’s in the bag?” you might ask entrepreneur and industrial designer Marion Excoffon as she opens the trunk of her car, revealing her cargo of two large duffle bags. To which she would respond with her sharp French accent: “That is the Tiwal 3R…grab a bag…let’s go sailing.” And then roughly 30 minutes later, the cleverly designed inflatable sailing dinghy will be pressurized, rigged and put to sea for a fast and splashy sail. It’s this ease and sailing experience from start to finish that’s fueling an international Tiwal sailing boom. And yes, they’re now racing them, too.

The Tiwal 3R, the following act to the Tiwal 2, recipient of Sailing World’s 2020 Boat of the Year (Best Dinghy) takes Excoffon’s and Tiwal’s innovation to the next level of performance as a “supercharged inflatable sport dinghy” aimed at the recreational racing market.

“It took over two years to develop this boat,” Excoffon says. “The timescale can be explained by the enthusiasm of the testers, which made us more and more ambitious. But the constraints and forces induced by the power of the new rig have obliged us to modify the structure and hull quite significantly, as well as the blades.”

The Tiwal 3R’s inflatable hull gets its rigidity from the advanced PVC laminate and construction (similar to inflatable SUPs) and its aluminum exoskeleton that can be assembled d easily by one person. With all that air and the composite daggerboard and rudder blades, the boat weighs in at 121 pounds. The stated maximum load (i.e., combined crew weight) is 440 pounds, so with plenty of room on the flat and flared hull (and the the hiking racks), it can easily accommodate two crew. Think family racing here.

North Sails developed the rig and sail combo to deliver a responsive and properly designed 77-square-foot laminate mainsail. The sectional mast and boom tubes are carbon composite, contributing to the sail’s gust efficiency and overall light weight of the rig package. Sail controls are split to each side of the boat, allowing the keen racer to make adjustments on the fly and get every ounce of speed from the boat straight from the hiking rack. And while on the subject of speed: during our Boat of the Year tests in 2019, the recreationally de-tuned Tiwal 2 was a buoyant planing machine in 25 knots, so we expect the expect the same of the 3R—and then some—when testing gets underway in Annapolis in October.

The post Speed in The Bag With Tiwal 3R appeared first on Sailing World.